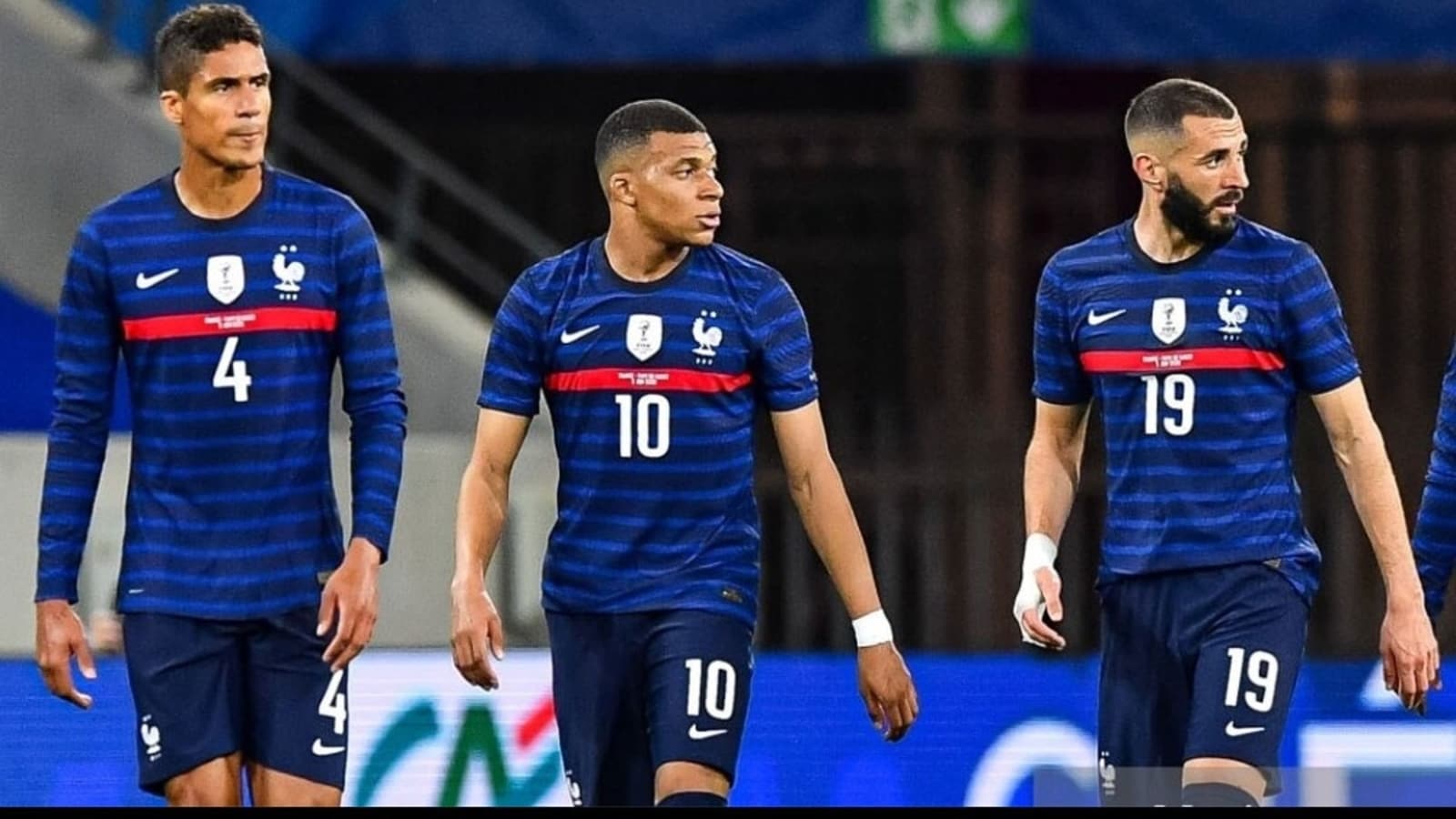 Karim Benzema missed a penalty and hit the post on his international return as France warmed up for the European Championship with a 3-0 home win against Wales on Wednesday.

Kylian Mbappe, Antoine Griezmann and Ousmane Dembele grabbed the goals. Dembele’s 79th-minute effort came after Benzema superbly controlled a cross on his chest and swiveled sharply only for his shot to strike the post and fall for Dembele. Benzema had a sharp header saved moments later.

“I felt a lot of pride, I wanted to play and to show it. That’s what I did tonight,” Benzema said. “I had very good feelings out there. It’s been a difficult season with a lot of matches but I felt good all game.”

Wales played more than one hour with 10 players after defender Neco Williams was sent off for a goal-saving handball to set up the penalty that Benzema missed in the 27th. It came after Pogba’s downward header was well saved by Ward and Benzema’s goal-bound follow-up was handled by Williams. A long video review led to a straight red card for the Liverpool defender.

Benzema played his first game for Les Bleus for nearly six years, and took only four minutes to forge a chance when his glancing header from Paul Pogba’s cross drew a smart save from goalkeeper Danny Ward. He formed a formidable attack alongside Barcelona’s Griezmann and Mbappe, the Paris Saint-Germain star who opened the scoring in the 34th soon after Benzema’s penalty miss.

Benzema’s penalty was firmly struck, but Ward dived to his right and denied the Real Madrid star his 28th international goal. Benzema’s last game for France was when he scored twice against Armenia in October, 2015, also at the Allianz Riviera in Nice.

He then missed the European Championship a year later and France’s World Cup success of 2018, amid a bitter fallout with c oach Didier Deschamps over Benzema’s alleged role in a sex-tape scandal. Deschamps selected a 4-4-2 diamond formation with Griezmann playing behind Benzema and Mbappe, with Pogba and Adrien Rabiot either side of Corentin Tolisso in midfield.

“Yes, we did try a lot of things, especially against a team that defends deep like (Wales) with five defenders,” Benzema said. “It was a bit difficult but we have time to improve things.”

While Benzema was frustrated on the night, Mbappe took his first chance. Rabiot’s deflected shot from 20 meters wrongfooted Ward and he kicked the ball away, only for Mbappe to poke in his 17th international goal.

Griezmann netted his 36th with a superb curler into the top right corner from outside the penalty area, after Mbappe’s neat flick into his path. Deschamps gave a debut to Seville center half Jules Kounde in the second half.

France opens its Euro 2020 campaign against three-time European champion and four-time World Cup winner Germany in Munich on June 15. Benzema’s last game in a major tournament for France was against the Germans in a 2014 World Cup quarterfinal defeat.

France then plays its other Group F games against Hungary in Budapest on June 19 and stays there to face Portugal four days later. Wales is in Group A at Euro 2020 along with Italy, Switzerland and Turkey.

Denial of responsibility! TechiLive.in is an automatic aggregator around the global media. All the content are available free on Internet. We have just arranged it in one platform for educational purpose only. In each content, the hyperlink to the primary source is specified. All trademarks belong to their rightful owners, all materials to their authors. If you are the owner of the content and do not want us to publish your materials on our website, please contact us by email – [email protected]. The content will be deleted within 24 hours.
Loading...
BeatBenzemaEuroEuro 2020FranceFrance vs WalesFrance vs Wales Euro 2020 warm upKarim Benzema
0
Share

The Nets Aren’t Unbeatable, but It’s OK to Be Impressed