Notice: amp_is_available was called incorrectly. `amp_is_available()` (or `amp_is_request()`, formerly `is_amp_endpoint()`) was called too early and so it will not work properly. WordPress is currently doing the `pre_get_posts` hook. Calling this function before the `wp` action means it will not have access to `WP_Query` and the queried object to determine if it is an AMP response, thus neither the `amp_skip_post()` filter nor the AMP enabled toggle will be considered. It appears the theme with slug `publisher` is responsible; please contact the author. Please see Debugging in WordPress for more information. (This message was added in version 2.0.0.) in /home/runcloud/webapps/techilive/wp-includes/functions.php on line 5313
 Euro 2020: Dzyuba to lead from front for Russia at European Championship - TechiLive.in 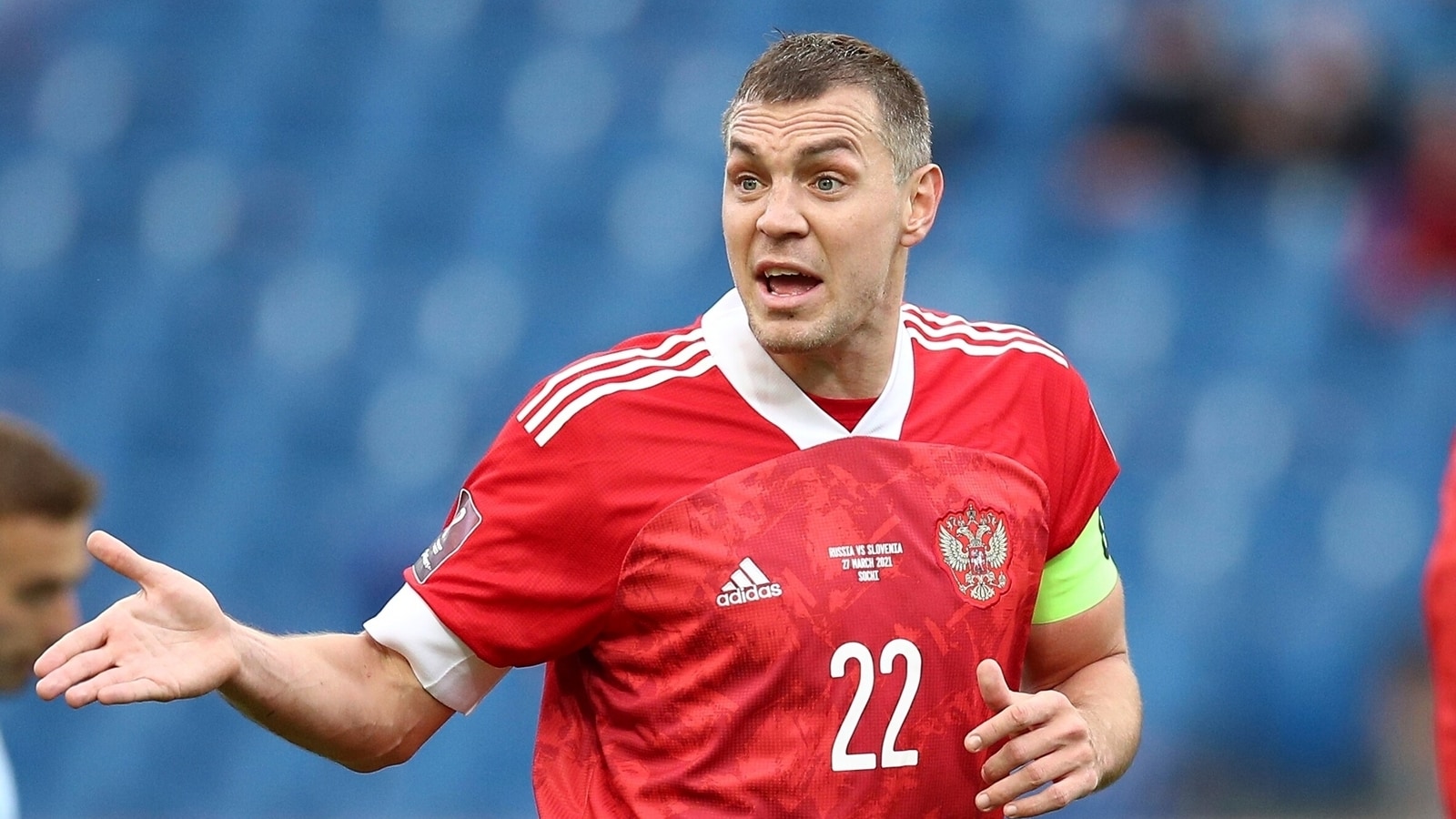 Euro 2020: Dzyuba to lead from front for Russia at European Championship

Striker Artyom Dzyuba will lead the line for Russia at the European Championship, supported by the pace and trickery of winger Denis Cheryshev, after head coach Stanislav Cherchesov revealed his final 26-man squad for the tournament on Wednesday.

Dzyuba, 32, will captain the side, with Cherchesov naming only two other forwards in Anton Zabolotny and Alexander Sobolev.

The team will be without talismanic goalkeeper Igor Akinfeev, who refused to end his international retirement for the Euros, with Dynamo keeper Anton Shunin stepping up to number one instead.

Russia are in Group B with Belgium, the world’s top-ranked team, Denmark and surprise qualifiers Finland.

Cherchesov whittled down his squad from 30 players, with defenders Roman Yevgenyev and Ilya Samoshnikov, goalkeeper Andrei Lunev and midfielder Arsen Zakharyan missing out.

Monacao’s Alexander Golovin made the cut in midfield, alongside the Zenit St Petersburg trio of Daler Kuzyayev, Andrei Mostovoi, Magomed Ozdoyev, while two more Zenit players, Yury Zhirkov and Vyacheslav Karavayev, have been named in defence.

Russia begin their Euro campaign against Belgium on June 12.

Loading...
Denial of responsibility! TechiLive.in is an automatic aggregator around the global media. All the content are available free on Internet. We have just arranged it in one platform for educational purpose only. In each content, the hyperlink to the primary source is specified. All trademarks belong to their rightful owners, all materials to their authors. If you are the owner of the content and do not want us to publish your materials on our website, please contact us by email – admin@techilive.in. The content will be deleted within 24 hours.
Artyom DzyubaChampionshipDzyubaEuroEuro 2020EuropeanfrontLead
0
Share