Notice: amp_is_available was called incorrectly. `amp_is_available()` (or `amp_is_request()`, formerly `is_amp_endpoint()`) was called too early and so it will not work properly. WordPress is currently doing the `pre_get_posts` hook. Calling this function before the `wp` action means it will not have access to `WP_Query` and the queried object to determine if it is an AMP response, thus neither the `amp_skip_post()` filter nor the AMP enabled toggle will be considered. It appears the theme with slug `publisher` is responsible; please contact the author. Please see Debugging in WordPress for more information. (This message was added in version 2.0.0.) in /home/runcloud/webapps/techilive/wp-includes/functions.php on line 5313
 EURO 2020: Hungary challenged by tough group and injury - TechiLive.in 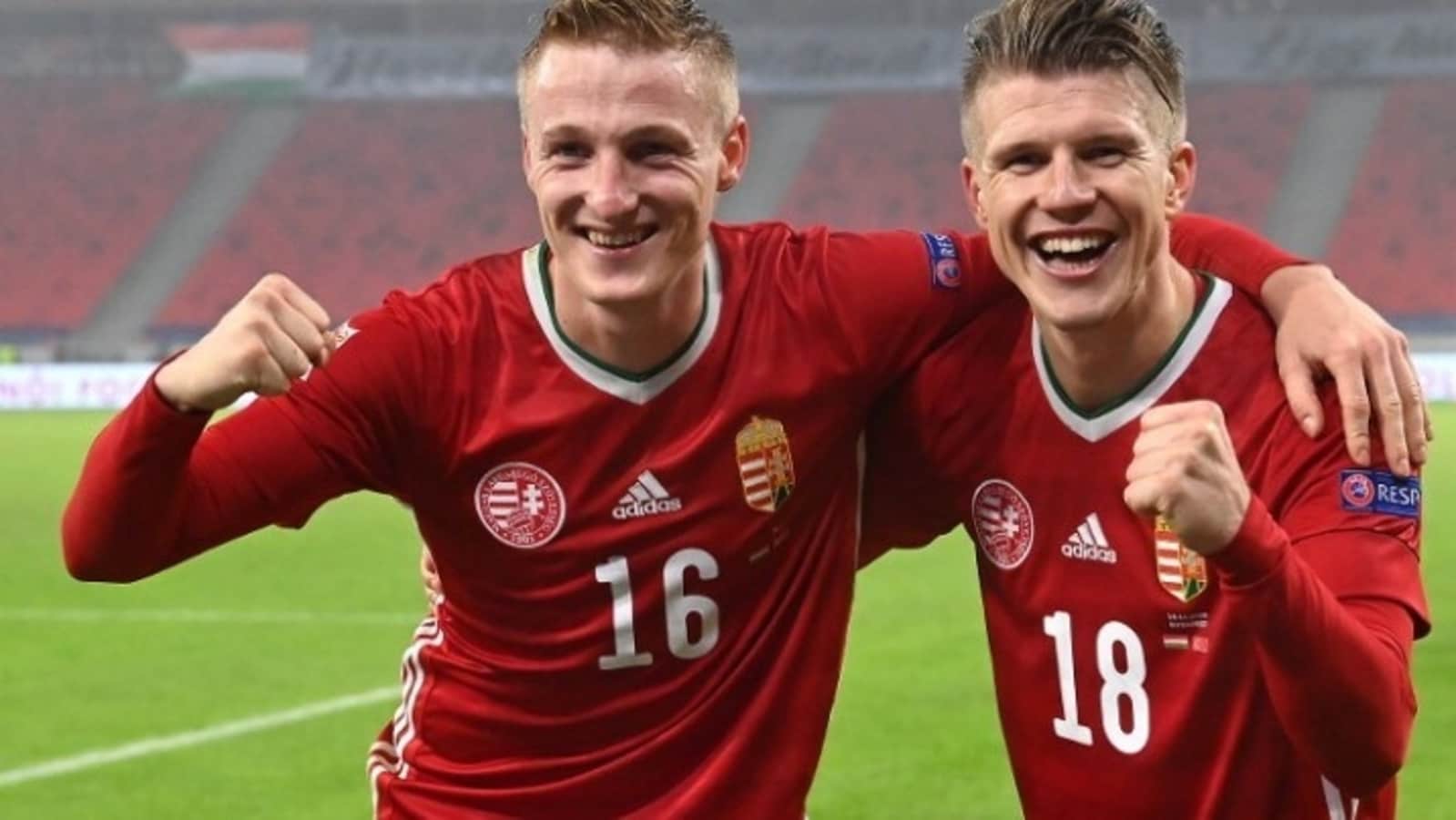 A tough draw and the injury absence of its best player give Hungary quite a challenge at this year’s Euro 2020.

Hungary coach Marco Rossi will have to do without attacking midfielder Dominik Szoboszlai when his team plays three semifinalists from 2016 in Group F.

At least the Hungarians have home advantage for their first two matches, hosting defending champion Portugal on June 15 and World Cup champion France in Budapest four days later. They then take on Germany in Munich on June 23.

Szoboszlai was the player who earned Hungary a ticket for this year’s tournament. The qualifying playoff final in November was already two minutes into stoppage time when his well-placed 20-yard strike gave Hungary a 2-1 win over Iceland.

A persistent adductor strain has prevented Szoboszlai from playing a match in the Bundesliga since joining Leipzig on a mid-season transfer from Austrian champion Salzburg in January. Despite Szoboszlai’s lengthy break, Rossi had no doubt about including him in his preliminary squad for Euro 2020, but the Italian coach ultimately had to drop him.

The transfer to Leipzig, reportedly worth 20 million euros ($24.5 million), has made the 20-year-old Szoboszlai the country’s most expensive player. He was a regular starter for Salzburg since 2018, but his breakthrough came after strikers Erling Haaland and Hwang Hee-chan left the club in January 2020.

His absence leaves Hungary with a squad lacking big names.

Ádám Szalai is by far the most experienced member with 70 international appearances and 23 goals. The Mainz forward is one of four Bundesliga players in the team.

The team has lost only one of its last 11 games, 3-2 at home against Russia.

Rossi, a defender at Brescia and Sampdoria in the 1990s, worked at club teams in Italy, Hungary and Slovakia before taking over as coach from George Leekens in June 2018, when Hungary missed the World Cup for the eighth consecutive tournament, dating back to 1986.

Two years before Rossi’s arrival, Hungary took part in a European Championship for the first time in 44 years but won only one game at Euro 2016, against Austria, and went out following a 4-0 loss to Belgium in the last 16.

Denial of responsibility! TechiLive.in is an automatic aggregator around the global media. All the content are available free on Internet. We have just arranged it in one platform for educational purpose only. In each content, the hyperlink to the primary source is specified. All trademarks belong to their rightful owners, all materials to their authors. If you are the owner of the content and do not want us to publish your materials on our website, please contact us by email – admin@techilive.in. The content will be deleted within 24 hours.
challengedEuroEuro 2020GroupHungaryinjurymarco rossinews update
0
Share