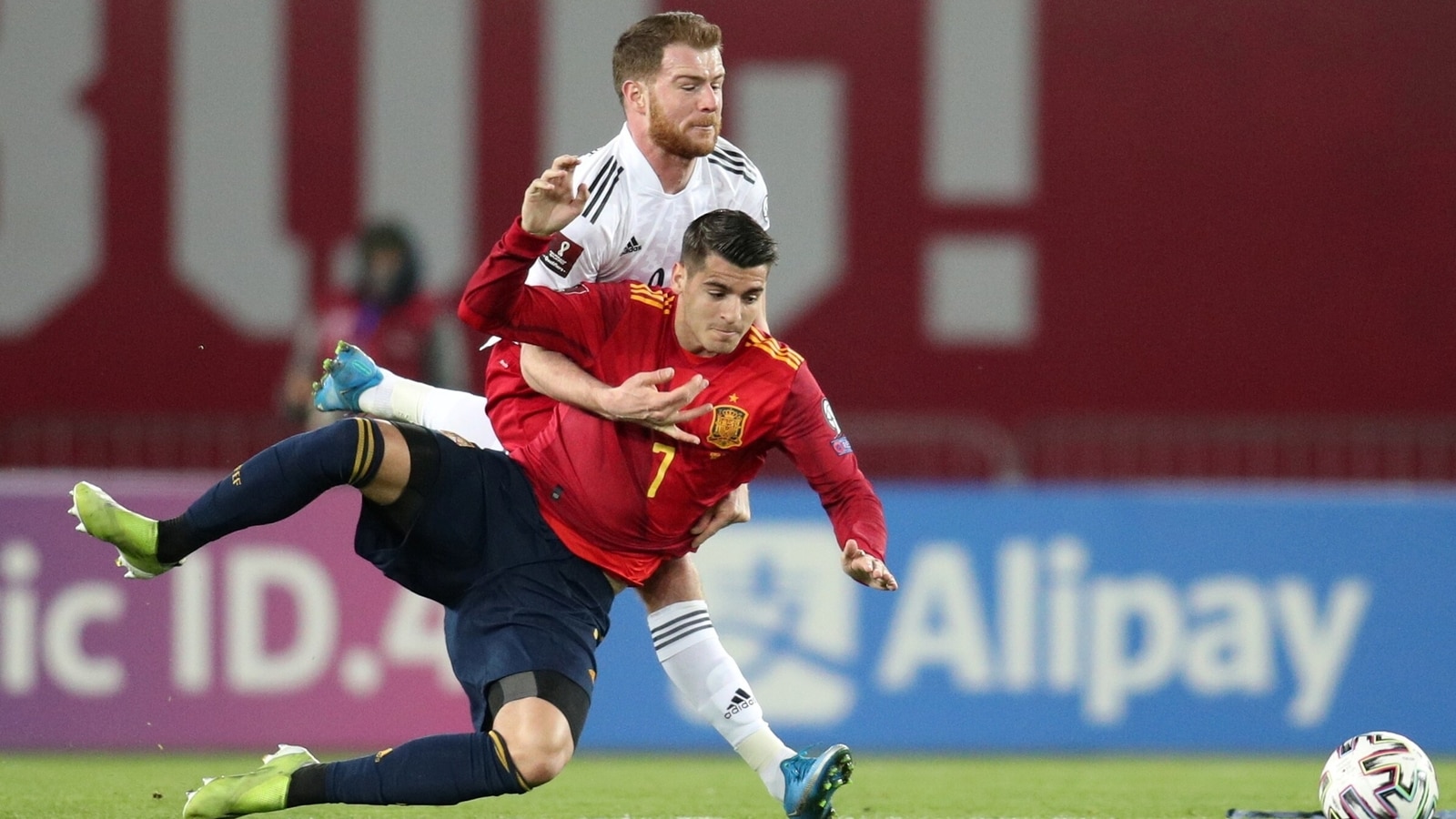 Alvaro Morata has been described as fragile by a former coach and was once told to stop feeling sorry for himself but Spain will look to the unassuming striker for leadership as they bid to return to past glories at Euro 2020.

With a far from prolific scoring record and moments of self-doubt contrasting with assured international predecessors such as Raul or David Villa, Morata is a somewhat unlikely figure to lead the line for Spain after a promising career stagnated.

He was Spain’s leading striker at Euro 2016 after making his name with Juventus but was dropped for the 2018 World Cup after a miserable spell with Chelsea, where he admitted to being close to suffering depression.

“I was the centre of attention and once I saw that people did not think I was up to it, I got attacked from all sides and it affected me a lot,” Morata told newspaper El Mundo in March.

“When your head is not right, you’re your worst enemy. In moments like that whatever you do, you’re fighting against yourself.”

Contemporaries have not always shown empathy for Morata’s struggles.

His former Chelsea manager Maurizio Sarri said he was “fragile”, a theme Juve goalkeeper Gianluigi Buffon alluded to in the past when he urged Morata to “forget his mental hang ups”.

Morata ironed out his moments of self doubt with the help of a psychologist and has recovered his confidence and form in the past season since returning on loan to Juventus, thriving as a support striker to Cristiano Ronaldo.

“I’ve grown a lot, especially in my commitment to the team. I have never been getting more assists because I have had to adapt to playing with so many great players,” he said.

The 28-year-old Morata earned a surprise recall to the Spain side in November and quickly won over Luis Enrique, who is not the easiest coach to please but has started Morata in their last four games.

Morata is now comfortably Spain’s most experienced attacker and has proved an effective fulcrum for wide forwards Dani Olmo and Ferran Torres, no longer carrying the burden for the team’s success on his shoulders.

“The coach makes me feel important every time I come here while demanding so much of me,” Morata said before Spain’s World Cup qualifiers in March.

“I’m aware of what it means to be Spain’s striker and I’m very grateful to be a part of the team.”

Loading...
Denial of responsibility! TechiLive.in is an automatic aggregator around the global media. All the content are available free on Internet. We have just arranged it in one platform for educational purpose only. In each content, the hyperlink to the primary source is specified. All trademarks belong to their rightful owners, all materials to their authors. If you are the owner of the content and do not want us to publish your materials on our website, please contact us by email – admin@techilive.in. The content will be deleted within 24 hours.
Acceptingalvaro morataEuroEuro 2020euro 2020 newsLeadsLineMorata
0
Share

Restaurant Openings and Moves Across the Hamptons