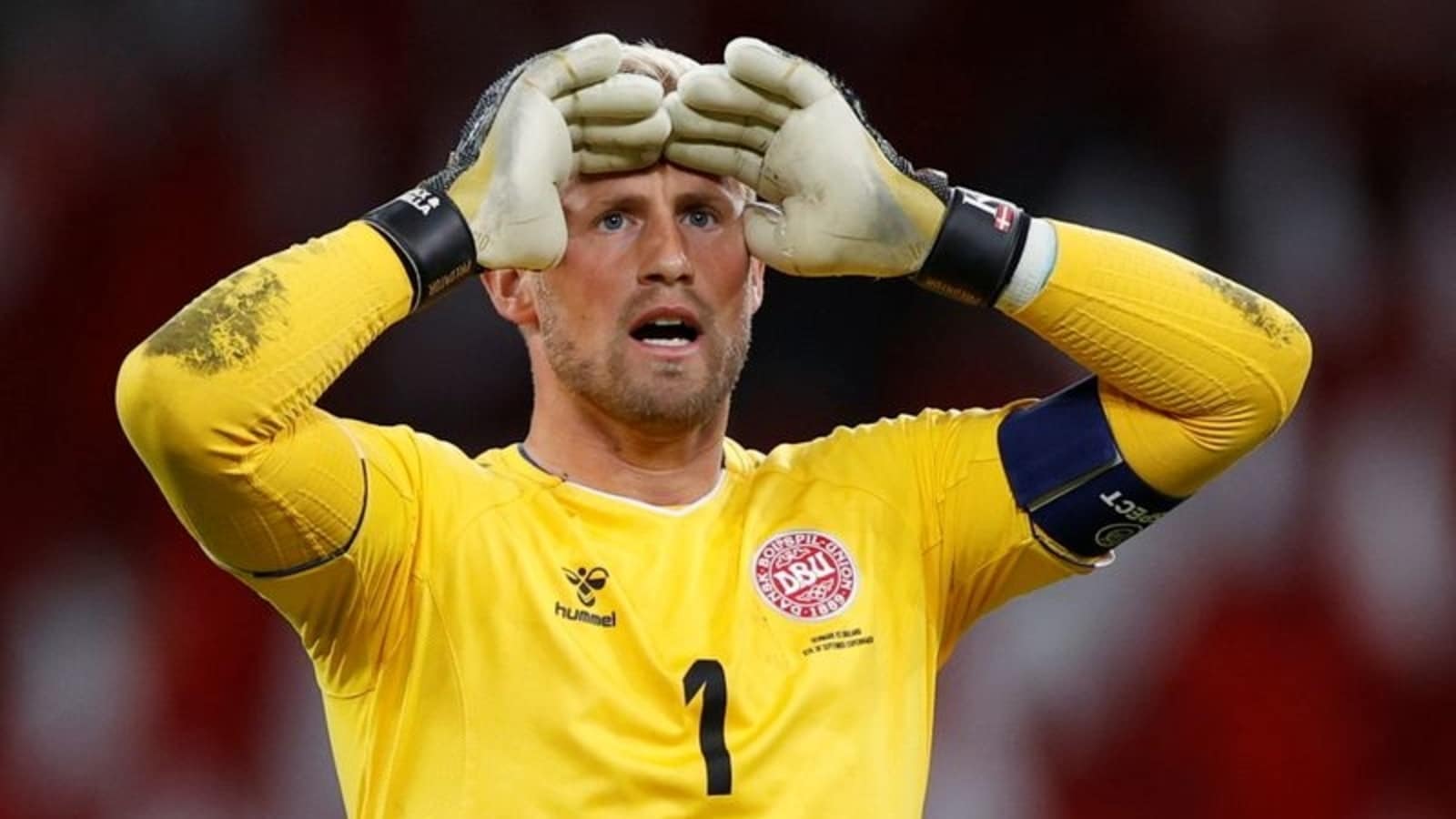 Kasper Schmeichel has been matching his father’s remarkable achievements one by one over the last few years, and Euro 2020 will offer him the chance for another.

Schmeichel, who won the FA Cup with Leicester this year and the Premier League title with the team in 2016, will be in goal for Denmark when its hosts Belgium, Finland and Russia in Group B at Euro 2020.

“I want to achieve success with Denmark. I want to win the European Championship with Denmark,” Kasper Schmeichel said. “I want to try something wild with Denmark, I want to go to the World Cup and play as long as I possibly can.”

With their imposing stature and commanding presence, both goalkeepers have excelled with their national team. The 34-year-old Kasper has kept 32 clean sheets in 63 matches for his country, while his father had 38 in 103 appearances.

Twelve of Kasper’s 32 have come in his last 16 appearances for Denmark and his form for the national team and Leicester earned him the Danish player of the year award in January for the second straight season (and third overall).

“For me, it’s not about having a good year, it’s about the continuity and stability that my position requires,” Kasper Schmeichel said. “A goalkeeper has to be stable and have a high base level.

“I feel that I have had that for many, many years now, and I also think that the teams I play for appreciate that they know where they have me and what they can expect from me.”

Denmark also boasts a lot of other talent, with most of the players plying their trade at Europe’s top clubs.

Eriksen will be the one expected to create scoring chances. The 29-year-old attacking midfielder has made more than 100 international appearances and became a key part of the Inter team that won its first title in 11 years.

Denmark also has something of a lucky charm. Defender Jens Stryger Larsen has never been involved in a defeat in 33 appearances for his country, racking up 20 wins and 13 draws.

“It’s true that I have not lost yet, and it is a completely crazy statistic to have,” the 30-year-old Udinese defender said. “I’m happy to have it, and I would like it to continue a little longer.”

Loading...
Denial of responsibility! TechiLive.in is an automatic aggregator around the global media. All the content are available free on Internet. We have just arranged it in one platform for educational purpose only. In each content, the hyperlink to the primary source is specified. All trademarks belong to their rightful owners, all materials to their authors. If you are the owner of the content and do not want us to publish your materials on our website, please contact us by email – [email protected]. The content will be deleted within 24 hours.
AchievementDenmarkEuroEuro 2020European ChampionshipFathersmatchnews update
0
Share

Crucial ICC Board meet on Tuesday