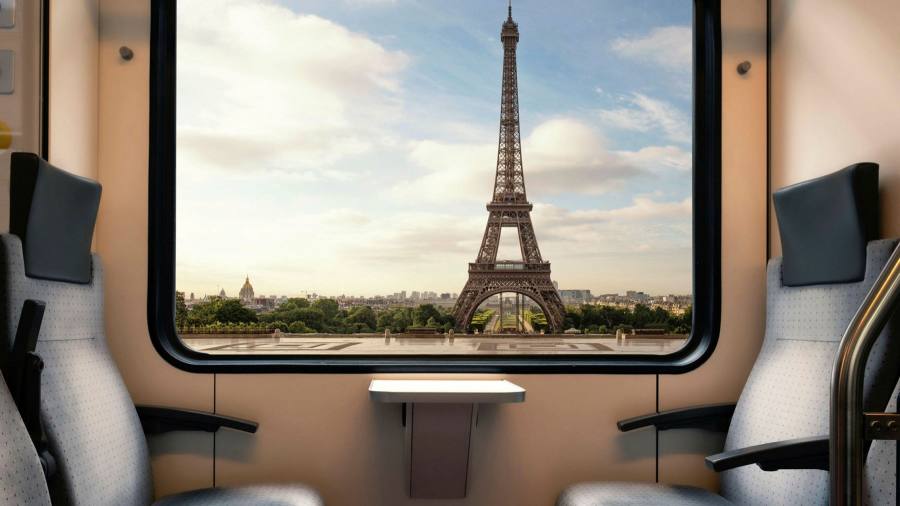 Europe is made for a grounded world

Asked by a reader what I miss about the UK, I say without thought — and therefore with candour — the proximity of other countries. After some self-reproach (“You weren’t so rootless when the naturalisation forms came through”), I realise I would have said the same had I come from France or Germany. The nation isn’t the point. The regional glories are.

In this season more than most, Europe’s geographic concentration of sublime and distinct places tortures those who no longer have it to hand. Copenhagen for a tryst, San Sebastián for a feed: I have only known south-east Asia to compare in its density of wonders. For reference, a one-way flight from Washington to LA is an hour longer than a London to Rome round trip.

This feature of European life is special enough as it is. There are reasons to think it will become utterly defining.

For most people, the future promises less and less air travel. The public health codes of the day have little to do with it. If most or even many business trips succumb to Zoom, that is a precious subsidy of economy class seats gone.

At the same time, barring some eureka moment in electric aviation, the green case for higher taxes on flights (or even outright curbs) will build. It is idle to speculate on the price of a cross-Atlantic ticket a decade from now. But if we don’t come to regard 2019 as the most democratic moment in the history of air travel, it will owe to some fantastic innovation in the coming years.

That is the best plausible scenario. Here is the worst: the area they can traverse without flying will bound the holiday options of all but the well-off, almost all of the time. How varied and interesting one’s immediate region is will matter in a way that it hasn’t since the dawn of the jet age.

It is at that point that Europe would stand out in the world. Yes, Brazil, America and India can claim as much internal range — ethnic, topographic — as continents. The Indochinese peninsula spans some 250m people and, in Samuel Huntington’s provocatively crude map, three civilisations.

Still, with 40-ish nations, almost as many official languages and half a billion people in a roughly US-sized area, Europe is hard to match for sheer compression of stimuli. And that is before we adjust for its modes of non-air transport: the meteoric trains, the spirit-level roads, the shipping lanes of the North Sea, the Baltic and the Mediterranean. Only if the continent had a Nile-sized river snaking through it could it be any better fitted for a world of waning air travel.

Mercifully, this regionalisation of travel is not ordained. New demand from Asia’s still-growing middle class might change the economics of airlines as much as the loss of old business flyers. As for green taxes and flight-rationing, voters are liable to talk a good game until a fate of eternal staycations beckons.

But if this is to be the way of the future, though, then a small, treasure-crammed continent, latticed with rail and asphalt, will come into its own as a place to live. And — I say this as an “Ode to Joy”-warbling Remainer — this is true with or without EU membership.

In the end, unless air fares become savage, the keenest flyers will economise on other things

What friction there is on post-Brexit jaunts to the mainland is as nothing against raw proximity. Two and a half hours to Paris is still two and a half hours to Paris. “A continent which we will never leave,” is how Boris Johnson described Europe in the weirdly poignant end of his resignation note as foreign secretary. What his point lacked in originality it redressed in geological truth.

In the end, unless air fares become savage, the keenest flyers will economise on other things. I’m only a green belt in wanderlust and even I would forgo a case or six of Pommard to feel the wet heat of Bangkok. It is more the broad middle class who will be grounded by ever pricier skies. Life in one region above others would offer them a kind of reprieve. Against a winner-takes-all US, modern Europe has often sold itself as the best place in which to be average. What was a strictly economic boast might come to be a geographic one.

Loading...
Denial of responsibility! TechiLive.in is an automatic aggregator around the global media. All the content are available free on Internet. We have just arranged it in one platform for educational purpose only. In each content, the hyperlink to the primary source is specified. All trademarks belong to their rightful owners, all materials to their authors. If you are the owner of the content and do not want us to publish your materials on our website, please contact us by email – [email protected]. The content will be deleted within 24 hours.
Education newsEducation updateEuropegroundednews updatetechi liveWorld
0
Share

In a punk Cruella, dogs play second fiddle to the designs