Notice: amp_is_available was called incorrectly. `amp_is_available()` (or `amp_is_request()`, formerly `is_amp_endpoint()`) was called too early and so it will not work properly. WordPress is currently doing the `pre_get_posts` hook. Calling this function before the `wp` action means it will not have access to `WP_Query` and the queried object to determine if it is an AMP response, thus neither the `amp_skip_post()` filter nor the AMP enabled toggle will be considered. It appears the theme with slug `publisher` is responsible; please contact the author. Please see Debugging in WordPress for more information. (This message was added in version 2.0.0.) in /home/runcloud/webapps/techilive/wp-includes/functions.php on line 5313
 European stocks and Wall Street futures drop ahead of Fed minutes - TechiLive.in 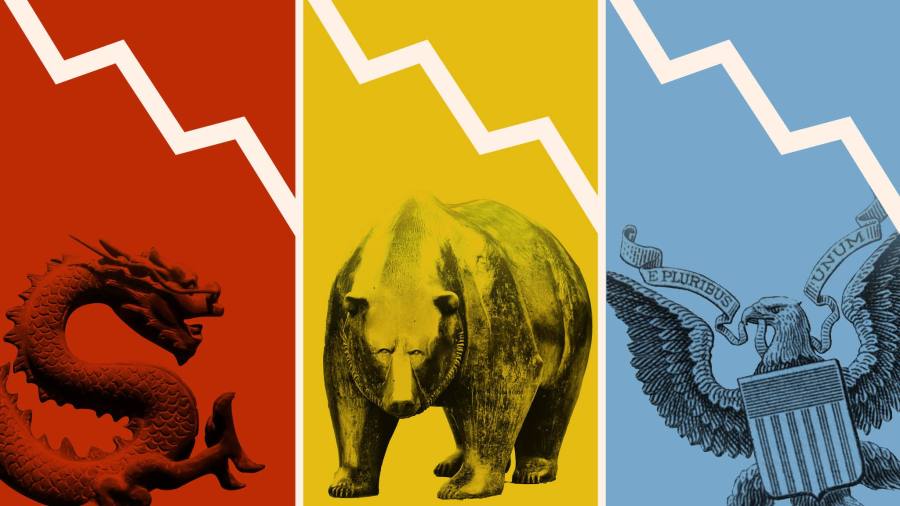 European equities and Wall Street futures dropped on Wednesday, as investors awaited Federal Reserve minutes that should provide clues to the direction of crisis-era support that has shored up financial markets.

Europe’s continent-wide Stoxx 600 index fell 1.6 per cent while the UK’s FTSE 100 slid 1.3 per cent. Futures trading indicated Wall Street’s S&P 500 index would drop 1.1 per cent at the New York opening bell, while the top 100 stocks on the tech-focused Nasdaq Composite would lose 1.5 per cent.

The moves came ahead of the release of minutes on Wednesday from US Federal Reserve’s latest monthly meeting.

Luca Paolini, chief strategist at Pictet Asset Management, said investors would scrutinise the minutes for signs that the world’s most influential monetary policymakers were contemplating reducing their $120bn a month of bond purchases that had helped prop up stock valuations and kept a lid on government bond yields.

Fed chair Jay Powell has insisted the bank will maintain its ultra-accommodative stance until the US labour market recovers from the pandemic.

“[But] the Fed cannot stay on the sidelines forever,” Paolini said. “A danger is that markets really start to view them as behind the curve”, and then fear “a panicked reaction that comes too late”.

The yield on the 10-year US Treasury bond, which has climbed from about 0.9 per cent at the start of this year, rose 0.01 percentage point to 1.65 per cent on Wednesday.

Paul Jackson, head of asset allocation research at Invesco, said investors were also looking for excuses to consolidate some gains following a stock market rally that began in March last year and a strong corporate earnings season on both sides of the Atlantic.

“A lot of good news is already in the price, and it gets harder to see where the next catalyst for a further rally comes from,” Jackson said.

A further concern was “global growth that is good enough that you get more inflation and central banks remove their support”, he added. Headline consumer price inflation in the US hit 4.2 per cent in April compared with the same month last year — the biggest rise since 2008.

Inflation, which erodes the real returns from stocks and bonds, “is now an issue in the euro area too”, said Maya Bhandari, portfolio manager at Columbia Threadneedle, after factory activity and retail sales boomed in April. The European Central Bank last week raised its growth and inflation expectations for the bloc, setting the scene for further debate over whether it should slow the pace of its pandemic-driven bond-buying.

In currencies, the euro dipped 0.1 per cent against the dollar to $1.2206 and sterling lost 0.3 per cent to fetch $1.4153, while the greenback strengthened against a basket of its peers, climbing 0.2 per cent.

Global oil marker Brent crude, which briefly touched $70 a barrel on Tuesday for only the second time during the pandemic, retreated 1.9 per cent to $67.43 a barrel.

Loading...
Denial of responsibility! TechiLive.in is an automatic aggregator around the global media. All the content are available free on Internet. We have just arranged it in one platform for educational purpose only. In each content, the hyperlink to the primary source is specified. All trademarks belong to their rightful owners, all materials to their authors. If you are the owner of the content and do not want us to publish your materials on our website, please contact us by email – admin@techilive.in. The content will be deleted within 24 hours.
aheadDropEducation newsEducation updateEuropeanFedfuturesMinutes
0
Share