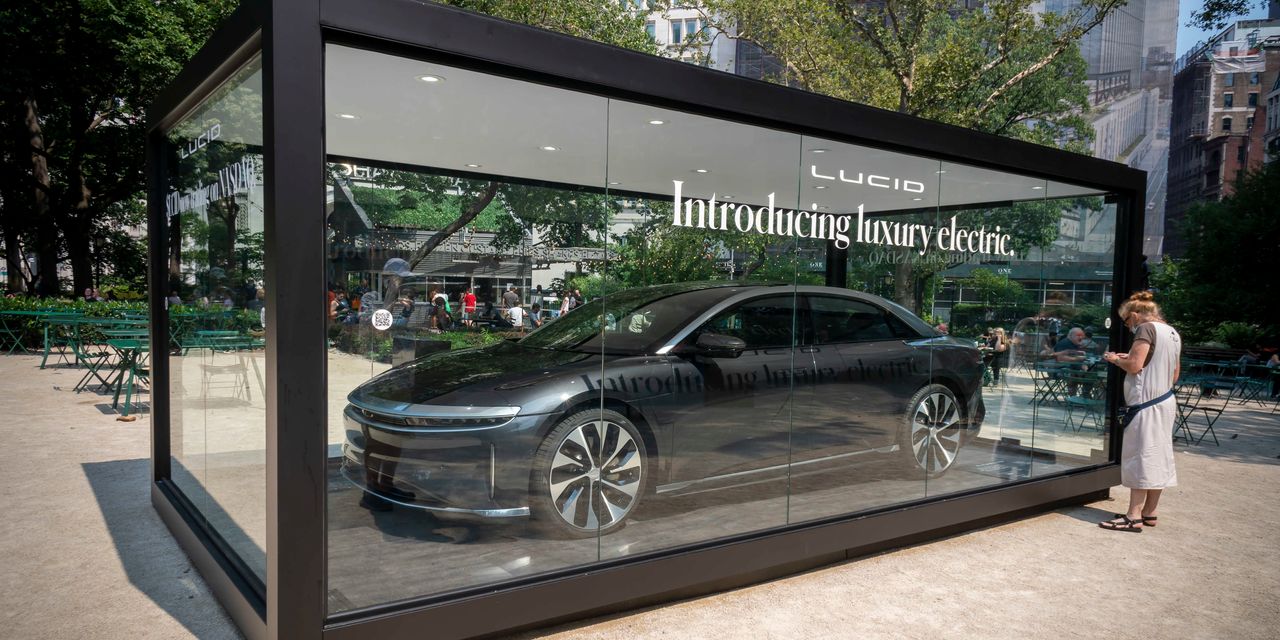 Group Inc. reported narrower losses in the first quarter of 2022, and said it would increase vehicle prices starting in June, citing a changing environment from when it first set pricing in September 2020.

Lucid said Thursday that it recorded a net loss of $81.3 million in the January-to-March period, compared with a $2.9 billion loss in the same year-ago period. The company stuck with its production outlook of 12,000 to 14,000 vehicles in 2022, a forecast it reduced earlier this year citing supply-chain disruptions and trouble getting parts such as glass and carpet. Lucid said it continues to face logistics challenges, citing factory shutdowns in China related to Covid-19.

Lucid said it plans to increase prices starting in early June for its first model, the Air sedan, which it began selling last year. It plans to honor pricing for buyers who reserved models before that date. Depending on the configuration, prices for the all-electric sedan are expected to increase between 11% and 13% at the beginning of next month, the company said.

Lucid reported $5.4 billion in cash on hand, down from $6.3 billion in the previous period ending in December.

The company’s price increases come as EV producers such as Rivian Automotive Inc. and

have also raised prices on some of their models.

Startups such as Lucid won over investors last year and raised billions of dollars in capital amid a broader euphoria on Wall Street for electric vehicles. While the first models produced by these newcomers have been generally well received, the companies are running into problems ramping up their factories to fulfill initial orders, challenges that have weighed on their stock prices.

Lucid shares are down about 51% since Jan. 1 and closed down 7% Thursday. The stock was flat in aftermarket trading following the earnings release.

The company’s vehicle deliveries increased to 360 in the first quarter, up from the 125 vehicles shipped in the last quarter of 2021.

The auto maker recently struck a deal with Saudi Arabia for the purchase of up to 100,000 vehicles over a 10-year period. The Saudi government initially agreed to a 50,000-vehicle purchase, but may expand up to double that amount during the period, the company said.

With an eye on increasing production, Lucid has said that it signed an agreement with the Saudi government to build an assembly plant in the country. This plant will have the capacity to produce 150,000 cars annually, the company has said.

The auto maker rolled out the Lucid Air in the fall of 2021. The fully electric car won the MotorTrend magazine award for 2021 Car of the Year, and boasts a 520-mile range, the top in the industry.

Appeared in the May 6, 2022, print edition as ‘Lucid’s Losses Narrowed in Quarter.’

Denial of responsibility! TechiLive.in is an automatic aggregator around the global media. All the content are available free on Internet. We have just arranged it in one platform for educational purpose only. In each content, the hyperlink to the primary source is specified. All trademarks belong to their rightful owners, all materials to their authors. If you are the owner of the content and do not want us to publish your materials on our website, please contact us by email – [email protected]. The content will be deleted within 24 hours.
Alternative Fuel VehiclesautomotiveC&E Executive News FilterC&E Industry News FilterContent TypescorporateCorporate/Industrial Newsearnings
Share

Small changes — but essential! How peptides are recognized in receptors: Researchers discover molecular mechanisms of signal recognition of the neuropeptide system

Virgin Media customers get £200 to spend at Argos, Amazon or…