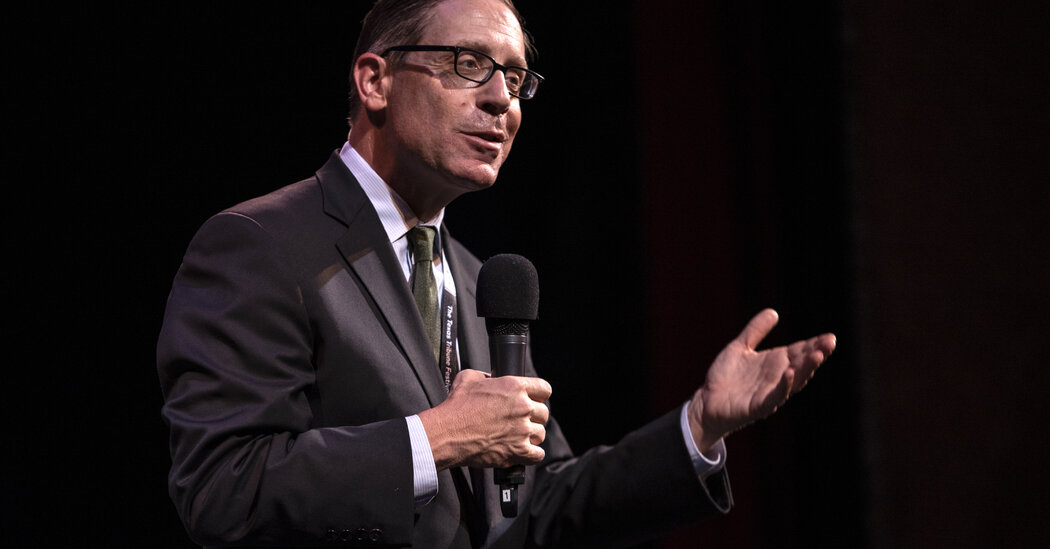 Evan Smith, the leader of The Texas Tribune, says he will step down.

Evan Smith, a longtime force in Texas journalism, said on Wednesday that he would step down as the chief executive of The Texas Tribune, the nonprofit news organization he has led for 13 years.

Mr. Smith, 55, said he would leave by year’s end and stay on as an adviser into 2023. He has no firm plans for what he will do next, he said, adding, “I don’t think I’m done wanting to make the world better through journalism.”

A native New Yorker, Mr. Smith started his career at Texas Monthly in 1991. He became the magazine’s top editor in 2000 and led it to two National Magazine Awards in the general excellence category.

He left that publication in 2009 to start The Tribune with John Thornton, a venture capitalist, and Ross Ramsey, a journalist and media entrepreneur. The idea was to build a reliable nonpartisan news outlet known for its deep reporting on policy, politics and social issues.

The Texas Tribune, which has a free website and provides articles at no charge to news outlets nationwide, has a staff of more than 50 journalists. It has more than 9,000 paying members and is supported by donations and corporate sponsorships from the Facebook Journalism Project, the Bill and Melinda Gates Foundation, the Emerson Collective and other donors.

It also has a robust events business, including the annual Texas Tribune Festival. Mr. Smith said The Tribune had raised $100 million since its founding.

“We have shown people all over the world that it is possible to do this work with integrity, with revenue diversity,” he said.

The Tribune has helped show the way for a new crop of regional nonprofit news outlets, including the Sahan Journal in Minnesota and The Nevada Independent. The Maryland hotel magnate Stewart Bainum is creating another one, The Baltimore Banner.

“It’s heartening, to say the least, to see that people are seeing the value of this kind of work and are spending money to put organizations together,” Mr. Smith said.

Denial of responsibility! TechiLive.in is an automatic aggregator around the global media. All the content are available free on Internet. We have just arranged it in one platform for educational purpose only. In each content, the hyperlink to the primary source is specified. All trademarks belong to their rightful owners, all materials to their authors. If you are the owner of the content and do not want us to publish your materials on our website, please contact us by email – [email protected]. The content will be deleted within 24 hours.
business newsBusiness updateEvanleadernews updateSmithSteptechi live
Share

Mario Kart 9 Should Use These New Twist Ideas

Gal Gadot to star in remake of ‘To Catch a Thief’