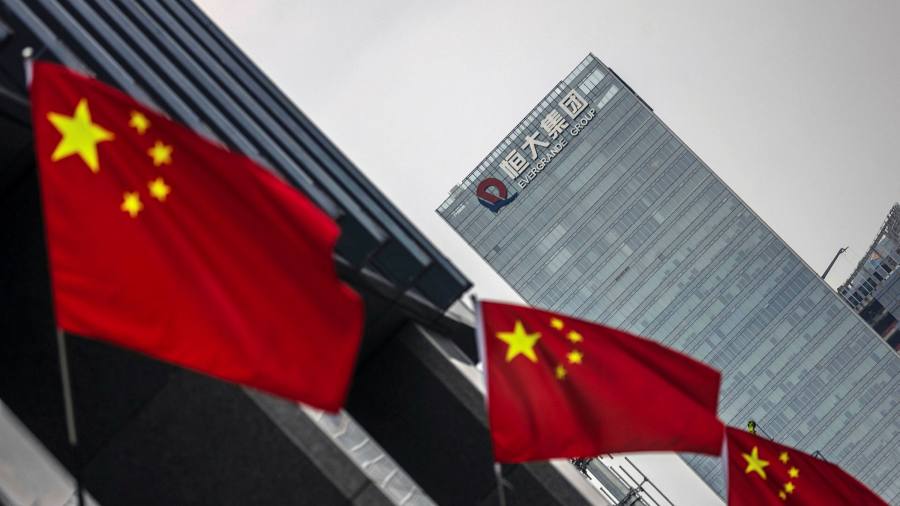 Evergrande suspended its shares from trading in Hong Kong on Monday as the world’s most indebted real estate developer braced for the possible sale of its property management unit.

Evergrande Property Services Group also halted trading of its stock, stating in a stock exchange filing that the move was taken ahead of “a possible general offer” for its shares, without disclosing a buyer.

The company is rushing to sell assets to improve its financial position after it missed payments on offshore bonds last month, raising expectations of a vast restructuring process.

The group’s property management unit, which listed in Hong Kong in December and had a market capitalisation of HK$55bn (US$7.1bn) before the trading suspension, is one of Evergrande’s most significant assets apart from its hundreds of development projects in China.

Shares in Hopson Development, a Hong Kong-listed developer based in Guangzhou, were also suspended on Monday “pending the release of announcement(s) in relation to a major transaction of the Company”. Mainland Chinese media reports suggested it would buy a majority stake in the Evergrande property management subsidiary.

Hopson’s bond maturing in 2023 fell from 95 to 91 cents on the dollar as markets digested the implications of a deal.

Hopson declined to comment on the reports of a takeover of the Evergrande unit. “Regarding the suspension of the Company’s shares trading announced this morning, the Company does not comment on market rumours.”

Evergrande did not immediately respond to a request for comment.

Evergrande’s shares have lost more than 80 per cent of their value this year and its bonds are trading at highly distressed levels, with a 2022 bond most recently at 26 cents on the dollar. A US$83.5m coupon was due on the bond on September 23 but investors said no funds had been transferred. Evergrande has not made an official announcement about the matter.

The company’s woes have worsened since July last year. In late August, it warned over the risk of default, citing the adverse effect of “negative reports” on its liquidity.

Evergrande’s total liabilities of more than $300bn have raised fears of a spillover effect in the event of its failure, especially given pressure from Beijing on the wider property sector to reduce leverage.

Evergrande has for months sought to offload assets to raise cash. The company reduced its interest-bearing debt to Rmb572bn (US$89bn) from Rmb717bn between December and June, though its overall liabilities, which include obligations to contractors and other businesses, continued to climb during the period.

Last week, Evergrande sold part of a stake in Shengjing Bank, a regional lender in northern China, for $1.5bn, but the bank insisted the money be used to repay liabilities the developer owed it.

Denial of responsibility! TechiLive.in is an automatic aggregator around the global media. All the content are available free on Internet. We have just arranged it in one platform for educational purpose only. In each content, the hyperlink to the primary source is specified. All trademarks belong to their rightful owners, all materials to their authors. If you are the owner of the content and do not want us to publish your materials on our website, please contact us by email – [email protected]. The content will be deleted within 24 hours.
aheadEducation newsEducation updateEvergrandeHaltsnews updatesaleservices
Share

All You Need to Know About Far Cry 6: Price, System Requirements, and More