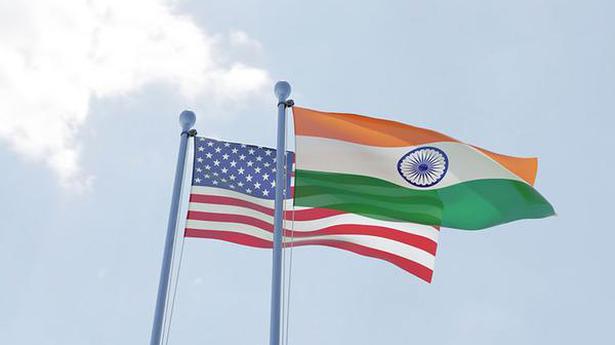 Explained | Why has the U.S. delayed tariffs under digital services tax?

Why is the Biden administration considering retaliatory measures? How will the move impact India?

The story so far: During the past week, the United States announced and then immediately suspended a 25% tariff on $2 billion of imports from six countries, including India, as a retaliatory measure against each of these countries’ imposition of a digital services tax impacting the giant tech corporations of Silicon Valley, including the likes of Alphabet, Amazon, Apple, Facebook and Microsoft. The purported logic of suspending the tariff for up to 180 days after announcing it is to allow time for ongoing international tax negotiations to continue, and, in the words of U.S. Trade Representative (USTR) Katherine Tai, seek “a multilateral solution … while maintaining the option of imposing tariffs under Section 301 if warranted in the future”. Other than India, the countries slapped with this tariff proposal are Austria, Italy, Spain, Turkey, and the United Kingdom.

What is the basis of the U.S. action?

The essence of the argument made by the USTR office is that a “Section 301” investigation initiated by the Trump administration in June 2020 found digital services taxes imposed by each of these countries to be discriminatory against U.S. tech firms. The Biden administration was likely aware that the deadline for authorising tariff action based on these investigations would have lapsed this week, thus necessitating the approval of the 25% tariff.

The immediate suspension of the tariff is likely in part a recognition of the fact that the six countries potentially impacted are limping through a feeble post-COVID-19 recovery and opening a new trade war front could be damaging not only to them, but also to the broader global economy. The combination of depressed economic activity owing to the effects of the pandemic and tectonic shifts in global supply chains engendered by the Trump administration’s trade war with China has already left many economies in a weakened condition.

Why is Section 301 significant?

Under Section 301 of the Trade Act of 1974, the USTR enjoys a range of responsibilities and authority to investigate and take action to enforce U.S. national interests under trade agreements and respond to certain foreign trade practices. Until recently, this facility was used by multiple administrations to build cases and pursue dispute settlements at the World Trade Organization (WTO).

Under former President Donald Trump, however, this authority was used to promote what his administration considered to be “free, fair and reciprocal” trade, specifically to close the gap or balance of trade between the U.S. and foreign governments in cases where the latter had deployed trade practices that allegedly disadvantaged or discriminated against U.S. firms. To a great extent, the Trump administration trained its Section 301 guns on China, leading to an escalating tariff war that ultimately engulfed the final years of its tenure. Now, the Biden administration appears to be unwilling to walk back Trump-era 301 investigations in their entirety; rather, it appears to be seeking a middle path of waving the stick of the USTR while allowing some space for continued tax negotiations with the nations concerned.

How will it affect India?

The Finance Bill, 2021, introduced an amendment imposing a 2% digital service tax on trade and services by non-resident e-commerce operators with a turnover of over ₹2 crore. According to reports, early estimates by the USTR suggest this tax could yield approximately $55 million annually. Negotiations with Washington that may result in the scaling back of this tax would imply that a part of this revenue would be lost to the exchequer, depending on the final rate agreed.

On the other hand, close to $118 million of India’s exports to the U.S. would be subject to the tariff proposed by the USTR, impacting 26 categories of goods, including basmati rice, cigarette paper, cultured pearls, semi-precious stones, certain gold and silver jewellery items and specific types of furniture products.

India will have to consider its options carefully at this juncture. On the one hand, it would seek to avoid getting into any escalating matrix of retaliatory taxation with the U.S., as that would damage its growth prospects at a crucial point in its laborious recovery. However, it will also not be able to simply abandon its articulated intent to tax global tech firms, which have generally enjoyed low-tax operations across numerous jurisdictions.

Denial of responsibility! TechiLive.in is an automatic aggregator around the global media. All the content are available free on Internet. We have just arranged it in one platform for educational purpose only. In each content, the hyperlink to the primary source is specified. All trademarks belong to their rightful owners, all materials to their authors. If you are the owner of the content and do not want us to publish your materials on our website, please contact us by email – [email protected]. The content will be deleted within 24 hours.
Loading...
AlphabetAmazonAppleDelayeddigitaldigital services taxEducation newsEducation update
0
Share

iOS 15 revealed but is your iPhone compatible with this blockbuster upgrade?