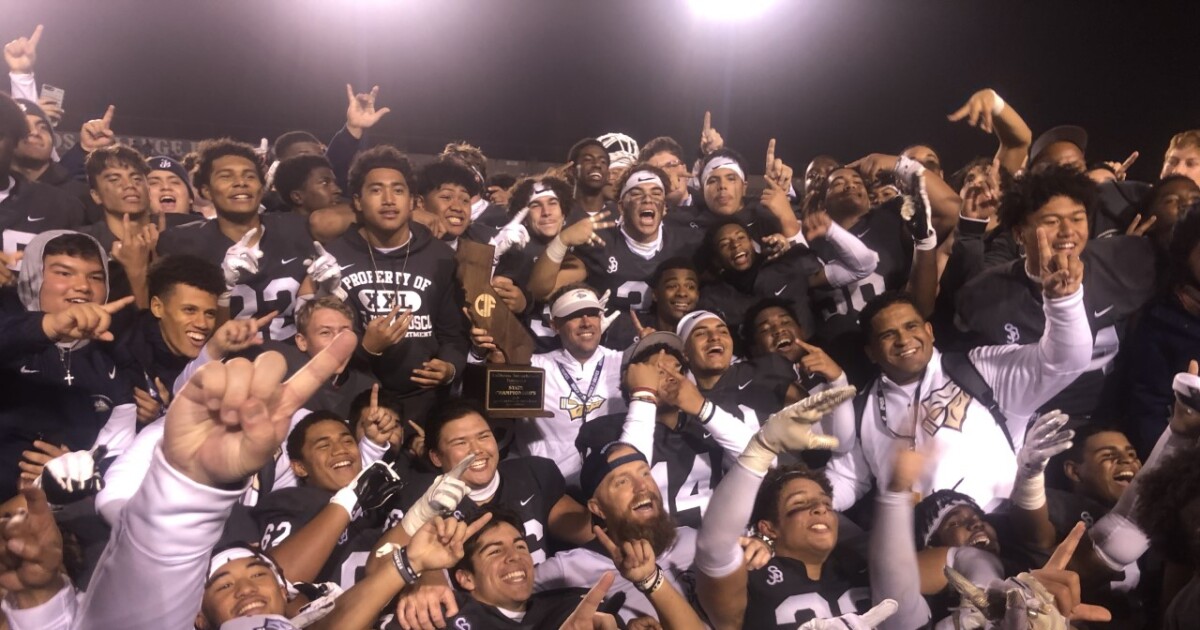 Get ready for culture shock when the Southern Section announces its football playoff brackets following the end of the regular season at the end of this month.

For years, there was a policy to avoid at all costs matching league teams against each other until the semifinals. That ends because the Southern Section is switching to a true seeding, regardless of whether an opponent comes from the same league in the first round. Calpreps.com computer rankings will be used. There will be 216 playoff berths covering 14 divisions.

Here’s everything you need to know about how the playoffs will be decided.

As of today, teams are not assigned to divisions, and they won’t be until Oct. 30, the day after the end of the regular season. There will be 14 divisions. Calpreps.com rankings will determine both the divisional breakdown and seeding within the divisions.

Automatic berths will be earned as in the past, with two berths from leagues of four or five teams and three from leagues of six to eight teams. In years past, some third-place teams that would otherwise have earned automatic playoff berths were “bumped” if there were more than 16 automatic qualifiers in a division. That will not occur under the new system because the division lines are flexible.

While the Southern Section has not determined how many teams will be placed in Division 1, it seems most likely there will be an eight-team field in the top division. These will be the top eight teams in the Calpreps.com power ratings after the final week of the regular season. Teams will be matched up by ranking regardless of league finish or affiliation — No. 8 at No. 1, No. 5 and No. 4, No. 6 at No. 3, and No. 7 at No. 2 in the case of an eight-team bracket.

— Remember that line they drew to designate the “end” of Division 2? That’s the “start” of Division 3. The first team below that line will be the No. 1 seed, and they’ll count down the next 13 automatic qualifiers inclusive of that team, and draw a line above the next one. Those 13 automatic qualifiers along with the three best at-large teams in the division will constitute the Division 3 field. And then they’d be seeded and bracketed, and repeat this whole drill 11 more times for Divisions 4-14.

— Caveat — though 13 automatic qualifiers per division was used here for illustrative purposes, that will likely NOT be the exact number for every division. That is dependent on the total number of automatic qualifiers, the size of the Division 1 field, whether any at-large teams qualify for Division 1 and whether any at-large teams need to be “moved up” to fill divisions out to 16 teams. Somebody is inevitably going to try to out-guess the football committee and be wrong in their projections — this a warning is for them.

Denial of responsibility! TechiLive.in is an automatic aggregator around the global media. All the content are available free on Internet. We have just arranged it in one platform for educational purpose only. In each content, the hyperlink to the primary source is specified. All trademarks belong to their rightful owners, all materials to their authors. If you are the owner of the content and do not want us to publish your materials on our website, please contact us by email – [email protected]. The content will be deleted within 24 hours.
explainingfootballformatnews updateplayoffSectionSouthernsports news
Share

Reversing course, CEO says Ozy Media will not shut down

With violence-hit Lakhimpur out of bounds, Oppn accuses Adityanath govt of trying to cover up