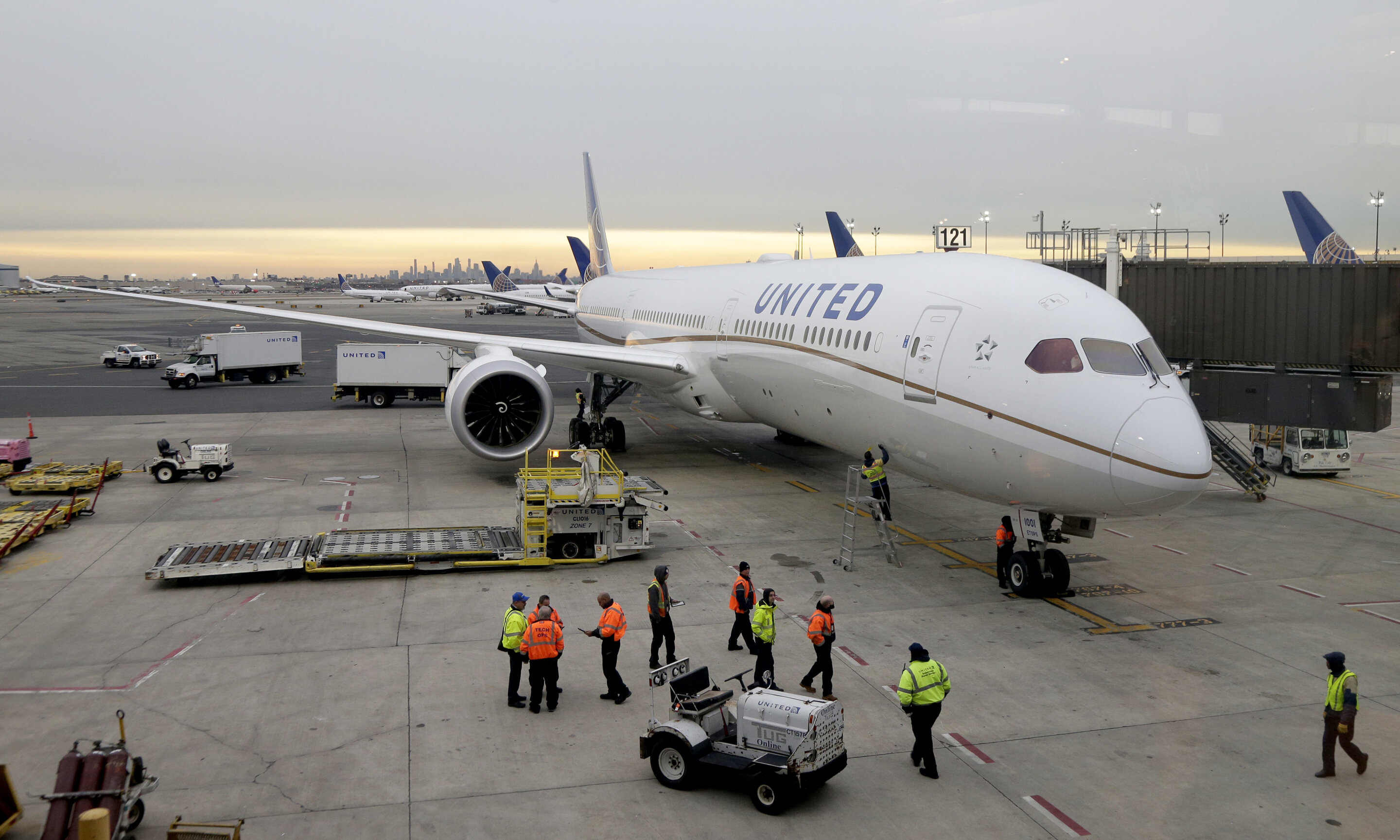 FAA sets rules for some Boeing 787 landings near 5G service

Federal safety officials are directing operators of some Boeing planes to adopt extra procedures when landing on wet or snowy runways near impending 5G service because, they say, interference from the wireless networks could mean that the planes need more room to land.

The Federal Aviation Administration said Friday that interference could delay systems like thrust reversers on Boeing 787s from kicking in, leaving only the brakes to slow the plane.

That “could prevent an aircraft from stopping on the runway,” the FAA said.

Similar orders could be issued in the coming days for other planes. The FAA has asked Boeing and Airbus for information about many models. Boeing said it is working with its suppliers, airlines, telecom companies and regulators “to ensure that every commercial airplane model can safely and confidently operate when 5G is implemented in the United States.”

The order for the Boeing jets comes a day after the FAA began issuing restrictions that airlines and other aircraft operators will face at many airports when AT&T and Verizon launch new, faster 5G wireless service Wednesday.

The agency is still studying whether those wireless networks will interfere with altimeters, which measure an aircraft’s height above the ground. Data from altimeters is used to help pilots land when visibility is poor.

The devices operate on a portion of the radio spectrum that is close to the range used by the new 5G service, called C-Band.

This week’s FAA actions are part of a larger fight between the aviation regulator and the telecom industry. The telecom companies and the Federal Communications Commission say 5G networks do not pose a threat to aviation. The FAA says more study is needed.

The FAA is conducting tests to learn how many commercial planes have altimeters that might be vulnerable to spectrum interference. The agency said this week it expects to estimate the percentage of those planes soon, but didn’t put a date on it.

“Aircraft with untested altimeters or that need retrofitting or replacement will be unable to perform low-visibility landings where 5G is deployed,” the agency said in a statement.

The order regarding Boeing 787s covers 137 planes in the U.S. and 1,010 worldwide. The 787 is a two-aisle plane that is popular on longer routes, including many international flights.

The FAA said that based on information from Boeing, the 787s might not shift properly from flying to landing mode if there is interference, which could delay the activation of systems that help slow the plane.

AT&T and Verizon have twice agreed to postpone activating their new networks because of concerns raised by aviation groups and the FAA, most recently after the FAA and Transportation Secretary Pete Buttigieg weighed in on the aviation industry’s side. Buttigieg and FAA Administrator Stephen Dickson warned that flights could be canceled or diverted to avoid potential safety risks.

Under an agreement with the telecom companies, the FAA designated 50 airports that will have buffer zones in which the companies will turn off 5G transmitters or make other changes to limit potential interference through early July.

The 50 include the three major airports in the New York City area—LaGuardia, JFK and Newark Liberty—O’Hare and Midway in Chicago, Dallas/Fort Worth International, Bush Intercontinental in Houston, Los Angeles International and San Francisco.

That concession by the telecoms was modeled after an approach used in France, although the FAA said last week that France requires more dramatic reductions in cell-tower reach around airports.

US seeks new 5G delay to study interference with planes

Denial of responsibility! TechiLive.in is an automatic aggregator around the global media. All the content are available free on Internet. We have just arranged it in one platform for educational purpose only. In each content, the hyperlink to the primary source is specified. All trademarks belong to their rightful owners, all materials to their authors. If you are the owner of the content and do not want us to publish your materials on our website, please contact us by email – [email protected]. The content will be deleted within 24 hours.
BoeingFAAgadget updatelandingsRulesservicesetstech news
Share