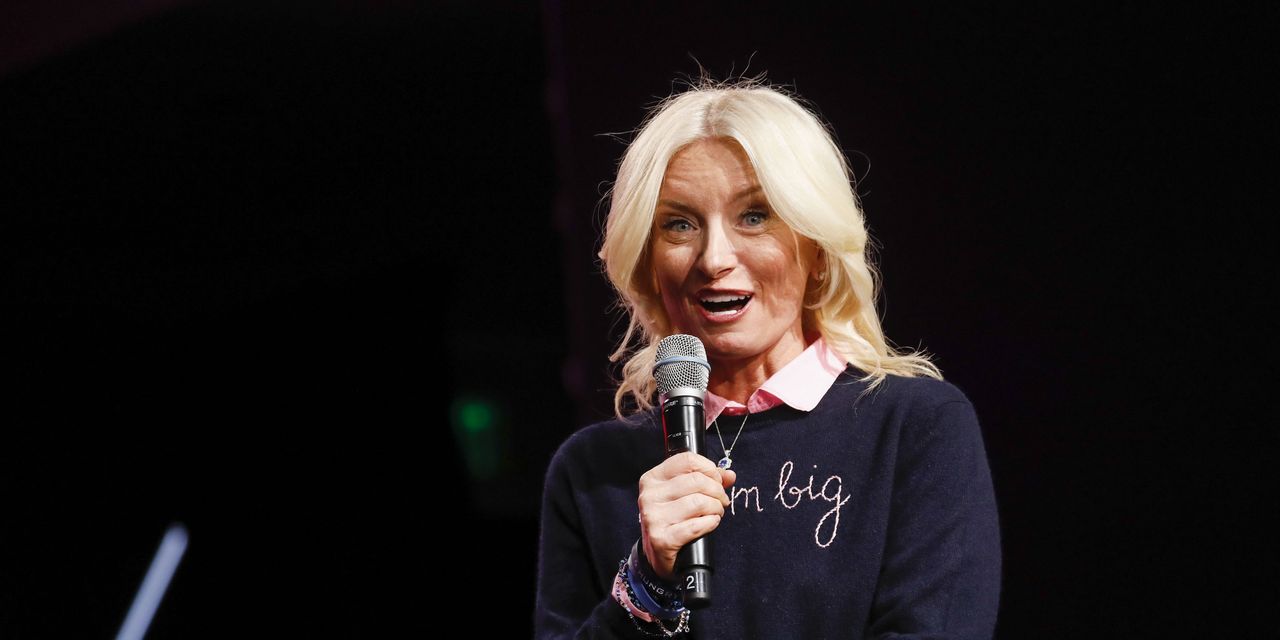 head of global advertising sales and one of the ad industry’s most powerful executives, said she is leaving the company.

Ms. Everson spent more than a decade at Facebook, helping the social-media company build relationships on and off New York’s Madison Avenue and grow into a global ad behemoth. Ad revenue accounted for $84.2 billion of Facebook’s nearly $86 billion of revenue last year.

“I am extremely proud of what we set out to accomplish but way more proud of my team and the support we showed each other, especially in difficult times,” Ms. Everson said in a post on her Facebook page. “I always said no one will ever mention at my funeral the amount of revenue I oversaw. But hopefully one day someone will say my legacy at Facebook was in how I showed up for my team, for our clients and for our industry.”

who announced plans to leave the company later this year. This month, Facebook named

a longtime lieutenant to operating chief

will be the interim leader of the global business group that Ms. Everson managed. Ms. Mendelsohn had oversight of the group’s Europe, Middle East and Africa region and has been at Facebook for more than eight years.

“We wish Carolyn the best as she moves into a new chapter,” a Facebook spokeswoman said. “We are grateful for her contributions.”

Ms. Everson is considered one of the most effective client hand-holders in the ad business and is known for her tight relationships with marketing executives across industries. On Wednesday, her post on Facebook explaining that she had left the company had more than 500 comments with many well-known marketers weighing in.

“This is an incredibly huge loss for Facebook and the whole industry,” wrote

Ms. Everson also has been Facebook’s chief apologist for many issues that the social-media giant has grappled with in recent years, from the Cambridge Analytica data leak to ad-measurement mishaps. Through the crises, she not only played a public role but worked behind the scenes to keep advertisers informed to defuse or limit any financial fallout for the platform, ad executives told The Wall Street Journal.

Last summer, Ms. Everson played a critical role in persuading top advertisers not to pause or limit spending on Facebook when civil-rights groups called for a boycott of the social network for failing to control the spread of hate speech and misinformation. She sent emails and hosted calls with advertisers and ad agencies throughout the episode to convey to brands that Facebook was taking steps to fix the issue. Facebook recovered quickly from the boycott and posted record revenue in last year’s third quarter despite the imbroglio.

Early in her tenure, Ms. Everson helped form Facebook’s client council, an invitation-only group made up of top marketers and top ad agency executives. The council, which was created to allow big brands to give input on the tech company’s ad products, helped Facebook establish strong relationships with some of the country’s biggest ad spenders. Other tech platforms have replicated the company’s council idea.

Some executives said Ms. Everson’s departure could have financial repercussions for Facebook. “She was loved and had deep relationships with marketers,” said

. “Without her they have no real emotional face to the world.”

Loading...
Denial of responsibility! TechiLive.in is an automatic aggregator around the global media. All the content are available free on Internet. We have just arranged it in one platform for educational purpose only. In each content, the hyperlink to the primary source is specified. All trademarks belong to their rightful owners, all materials to their authors. If you are the owner of the content and do not want us to publish your materials on our website, please contact us by email – [email protected]. The content will be deleted within 24 hours.
advertisingAdvertising ServicesAdvertising/Marketing/Public RelationsBossBusinessBusiness/Consumer ServicesC&E Executive News FilterC&E Industry News Filter
0
Share

Deepak Punia pulls out of Poland Open due to hand injury