Notice: amp_is_available was called incorrectly. `amp_is_available()` (or `amp_is_request()`, formerly `is_amp_endpoint()`) was called too early and so it will not work properly. WordPress is currently doing the `pre_get_posts` hook. Calling this function before the `wp` action means it will not have access to `WP_Query` and the queried object to determine if it is an AMP response, thus neither the `amp_skip_post()` filter nor the AMP enabled toggle will be considered. It appears the theme with slug `publisher` is responsible; please contact the author. Please see Debugging in WordPress for more information. (This message was added in version 2.0.0.) in /home/runcloud/webapps/techilive/wp-includes/functions.php on line 5313
 Facebook Shuts Down Israel Supporting Christian Page with Millions of Followers – Jewish Business News - TechiLive.in 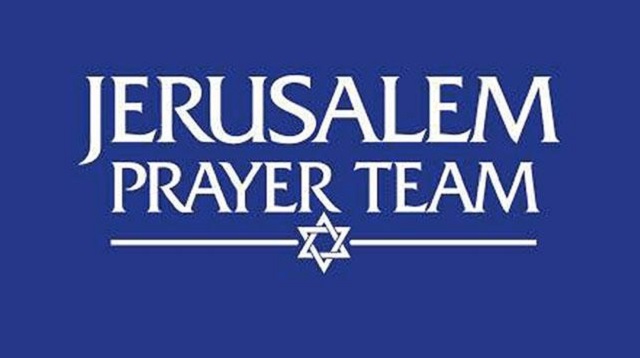 Jerusalem Prayer Group has had its page shut down by Facebook. The group is crying foul, claiming that it was the victim of anti-Israel hackers. The Christian religious group had more than 75 million followers for its Facebook page.

Cyber-attacks are nothing new at times like this, when open fighting breaks out between Israel and Hamas. Usually they take the form of hacking pro-Israel and Jewish organizations’ web sites and the uploading of anti-Israel propaganda. But this time it was different.

The leaders of Jerusalem Prayer Group, which had been a vocal defender of Israel over this past week of fighting, assert that someone posted more than one million comments on its Facebook page, including countless accounts of users who are not supporters of Israel. These people then filed formal complaints with Facebook which led it to shut down the page.

Mike Evans, director of the page and head of the Friends of Zion Association, told CBN News that his Facebook page was the target of radical Islamists. “There was an organized attempt by radical Islamic organizations to achieve this objective. They posted over a million comments on our site, and then had the people contact Facebook saying that they never posted to the site. That was a complete scam and fraud. It was a very clever, deceptive plan by Islamic radicals.”

M. Evans was on a visit to Israel when he first got the news of his page’s shutdown. “Upon landing in Israel, I received the message that they had removed our page,” Evans explained in an interview with Israel’s Channel 12 News. “A Jordanian-based cyber-terrorist organization flooded our page with comments like ‘Jews are pigs,’ we’ve never seen anything like it in our lives. Facebook has never approached us, even though we’re under cyber-attack and even though we tried desperately to contact them. In fact, Facebook protects radical Islam and works against pro-Israel evangelicals. They also removed my private page, I cannot post anything. It is as if communism and fascism have come together, only because Israel is defending itself.”
–

“Be strong and courageous, do not be afraid or tremble in dread before them, for it is the LORD your God who goes with you. He will not fail you or abandon you.”
—Deuteronomy 31:6, AB pic.twitter.com/u8DDkl3l72

“What did we do? What was our crime?”

One post on Twitter celebrating the page’s censorship read, “The Jordanian hacker, Ahmed Sale, nicknamed ‘Bani Hashem Electronic Sagr’, has been able to close a Facebook page with 76 million likes to support the Zionist enity, called ‘Jerusalem Prayer Team’.#Congratulations to all viewers. ‘This Jerusalem prayer Team of Yahodi (Jewish) page has been disabled/removed successfully from facebook.”

The Prayer Team also raises funds to meet humanitarian needs of the Jewish people in Israel providing coats, blankets and shelter for those in need. The ministry has a website that includes articles about the people of Israel, the problems being faced by her leaders and other pertinent topics.

Loading...
Denial of responsibility! TechiLive.in is an automatic aggregator around the global media. All the content are available free on Internet. We have just arranged it in one platform for educational purpose only. In each content, the hyperlink to the primary source is specified. All trademarks belong to their rightful owners, all materials to their authors. If you are the owner of the content and do not want us to publish your materials on our website, please contact us by email – admin@techilive.in. The content will be deleted within 24 hours.
BusinessChristianEducation newsEducation updatefacebookFollowersIsraelJewish
0
Share