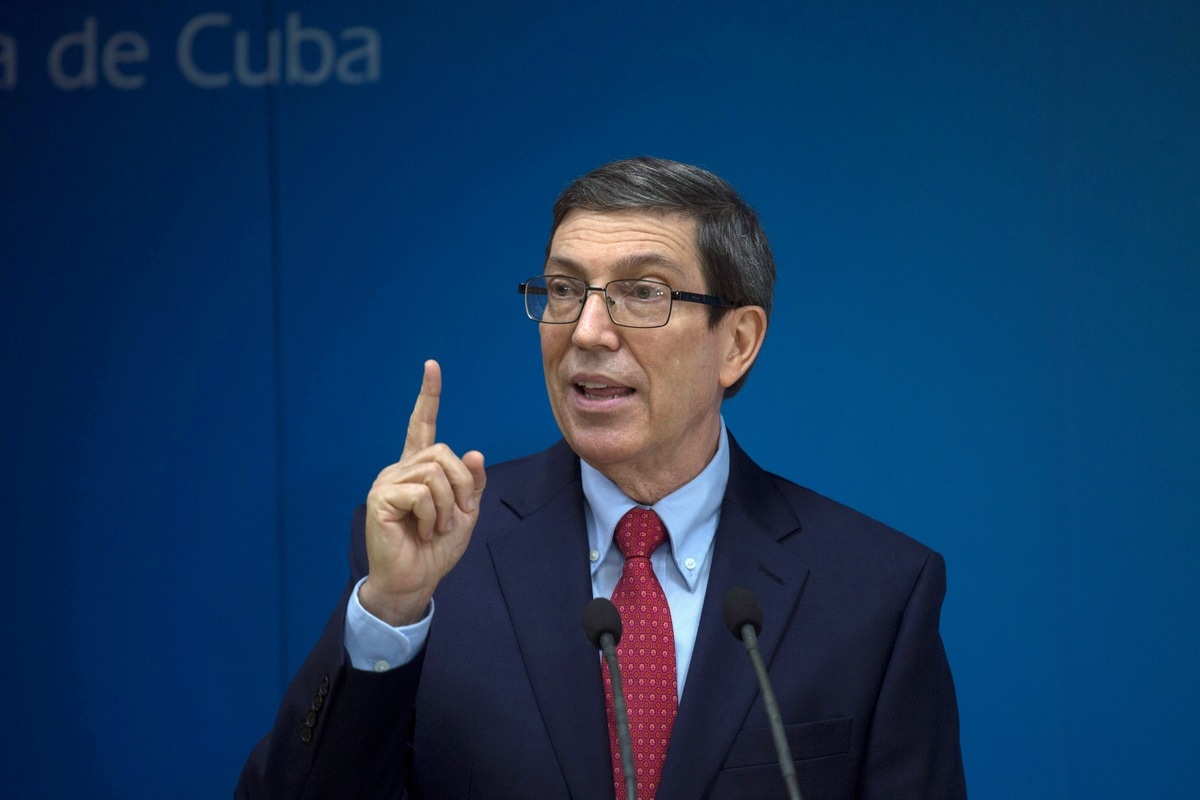 Cuba’s foreign minister on Wednesday said the United States was behind protests over human and civil rights planned for November 15 in the communist-run country, and alleged US-based social media platform Facebook was helping to promote them.

Dissidents on the island, organized under a Facebook group called Archipielago, in September requested permission to conduct the rallies. Cuban authorities denied their request, alleging protesters were working with the United States to overthrow the government.

Foreign Minister Bruno Rodriguez reiterated those allegations before a meeting of foreign diplomats in Havana, saying the United States had helped to underwrite and organize the protests in a bid to destabilize the government.

“US policy…is doomed to failure. It is unfeasible. It hasn’t worked for 60 years. It does not work now (…) and it will not work in the future,” he said.

Rodriguez specifically called out the role of Facebook, saying dissidents organized in groups on the platform had violated the social media platform’s own policies, “altering logarithms, altering the geolocation mechanism to simulate the massive presence in Cuba of people with accounts that are known to reside outside our country, primarily in Florida and in the US territory.”

Rodriguez said these practices violated both US and international law.

“As has already happened, Facebook could perfectly be, with strict adherence to the laws, sued for these practices against Cuba.”

Neither the US State Department nor Facebook, which recently changed its company name to Meta, immediately responded to a Reuters request for comment.

The recent expansion of web access in Cuba has given new ways for people to share criticisms and mobilize online.

The Facebook group behind the protests, Archipielago, says it has 31,501 members, more than half of which it says reside in Cuba.

Cuban dissident leader Yunior Garcia, of Archipielago, could not be immediately reached for comment.

Cuba’s government has a monopoly on telecommunications, and regularly blames trolls and foreign agents on social media for stirring unrest.

The island nation suffered disruptions in access to internet and social media following large anti-government rallies in July, in an apparent bid to dampen further calls to protest .

Rodriguez also told diplomats that the United States last week had offered Cuba one million doses of vaccine against coronavirus. He criticized the offer as “opportunistic” and irrelevant, given that Cuba has already vaccinated nearly its entire population with home-grown drugs.

Instead, he made a counter-offer, suggesting that Cuba and the United States each offer a donation of their respective vaccines to a country more in need of them.

Denial of responsibility! TechiLive.in is an automatic aggregator around the global media. All the content are available free on Internet. We have just arranged it in one platform for educational purpose only. In each content, the hyperlink to the primary source is specified. All trademarks belong to their rightful owners, all materials to their authors. If you are the owner of the content and do not want us to publish your materials on our website, please contact us by email – [email protected]. The content will be deleted within 24 hours.
archipielagoCubafacebookfacebook cuba november 15 protest stimulate us foreign minister bruno rodriguez facebookgadget updatehelpingNovemberProtests
Share