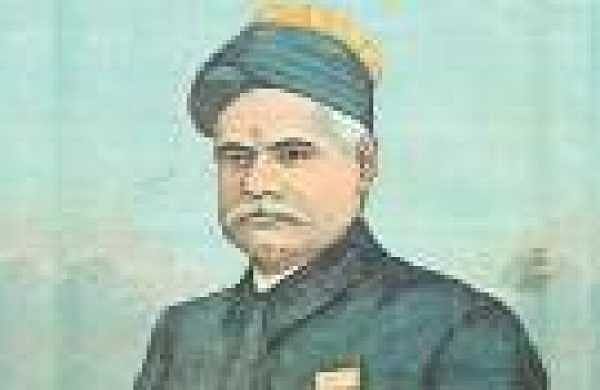 Manu S Pillai’s new book, False Allies: India’s Maharajahs in the Age of Ravi Varma, has an intriguing quote right at the beginning – a scathing indictment by former Prime Minister Indira Gandhi of the royals. Her support for the abolition of the privy purses in the 1970s defined the image that the royals had created for themselves.

Known for her dislike of the royals and not one to mince words, Mrs Gandhi says, “Go ask the Maharajahs how many wells they dug for the people in their States when they ruled them, how many roads they constructed, what they did to fight the slavery of the British. If you look at the account of their achievements before Independence, it is a big zero.”

In fact, Mrs Gandhi is not alone in her prejudice where the Indian Maharajahs are concerned. People have often derided them for their lavish lifestyles, and whims and fancies at the cost of state administration. And it’s not just their opulent public lifestyle that piques our interest, but also their supposed secret lives and strange vulnerabilities that amuse us.

Truth be said, the erstwhile royals always make for an engaging read. But where Pillai, the historian, scores is when he juxtaposes the royal eccentricities and way of life with the one artist who perhaps captured royalty like no one else – Raja Ravi Varma. From within the collection of Bentleys, De Dion-Boutons, Rolls-Royces and Cadillacs, not to mention the folds of silk and satin and amid the eye-blinding shine of rubies, sapphires and diamonds,

Varma excavates the personality hiding beneath it all. Using the contemporary master as his guide, Pillai traces the finer details of the royal households and delves deep to show how contrary to popular opinion, the Maharajahs were not just glorified slaves to their vices, but critical political players.

Were the Indian Maharajahs really nothing more than their baser instincts? Were they really puppets in the hands of the British? Were they so lost in their own self-grandiose image that they felt the state and its people was just another ‘silly distraction’?

In post-colonial India, some royals still enjoy grass-roots level fealty. But it is more a token symbolism. The India of today ardently supports what Mrs Gandhi believed. Pillai tries to debunk the unflattering myths surrounding Indian royalty. To say it is a Herculean task, would be an understatement.

Pillai tries to showcase how royal families were more than just mere ornaments with their petty fiefdoms. In doing so he takes the help of the ‘Painter Prince’ Varma (1848-1906). Through this highly sought-after royal portrait painter, Pillai gives us a peek into the shifting balance of power between the British Raj and Indian monarchies.

Through the official portraitures, he discovers how rulers wished to project themselves – their stance, clothes, objects in the background… all arriving at a meaning. At the same time, the writer’s restrained style keeps away from glorifying the erstwhile princes unduly.

He presents a new image of the Maharajahs – someone who not only dressed up to the nines and dined well but also someone who navigated a political world full of turmoil. While for some, the navigation was a rewarding process, for most it was a treacherous route.

Amid the colonial stereotypes of silken robes, frivolity and decadence, False Allies brings forth an image of political sophistication, if you please. Pillai traces the travels of the iconic painter through five princely states to uncover a picture far removed from the clichés – petty despots, consumed by lust and luxury.

Bejewelled parasites, they are not, as the writer discovers; nor do they need the ‘enlightened’ white hands to guide them. Pillai defends their cause as they are often dismissed as greedy fools with imperial stooges in tow. True, there are dancing girls and luxury beyond imagination, but there is also present the shadow of sedition, legal battles, defiance of imperial dictates, and also resistance.

And there is a steeliness that would surprise many a reader. From denying white officials the right to wear shoes in durbars, being obsessed with industrialisation, funding nationalists to astute governance, royals are anything but pushovers. These men, with due respect to Mrs Gandhi, challenged the British Raj in their own ways and were essential to the creation of modern India.

Denial of responsibility! TechiLive.in is an automatic aggregator around the global media. All the content are available free on Internet. We have just arranged it in one platform for educational purpose only. In each content, the hyperlink to the primary source is specified. All trademarks belong to their rightful owners, all materials to their authors. If you are the owner of the content and do not want us to publish your materials on our website, please contact us by email – [email protected]. The content will be deleted within 24 hours.
alliesbookdefencefalseFalse Allies Indias MaharajahsIndian MaharajasIndiasIndira Gandhi
Share

Streaming matters of fact: How OTT shows captivate with documentaries