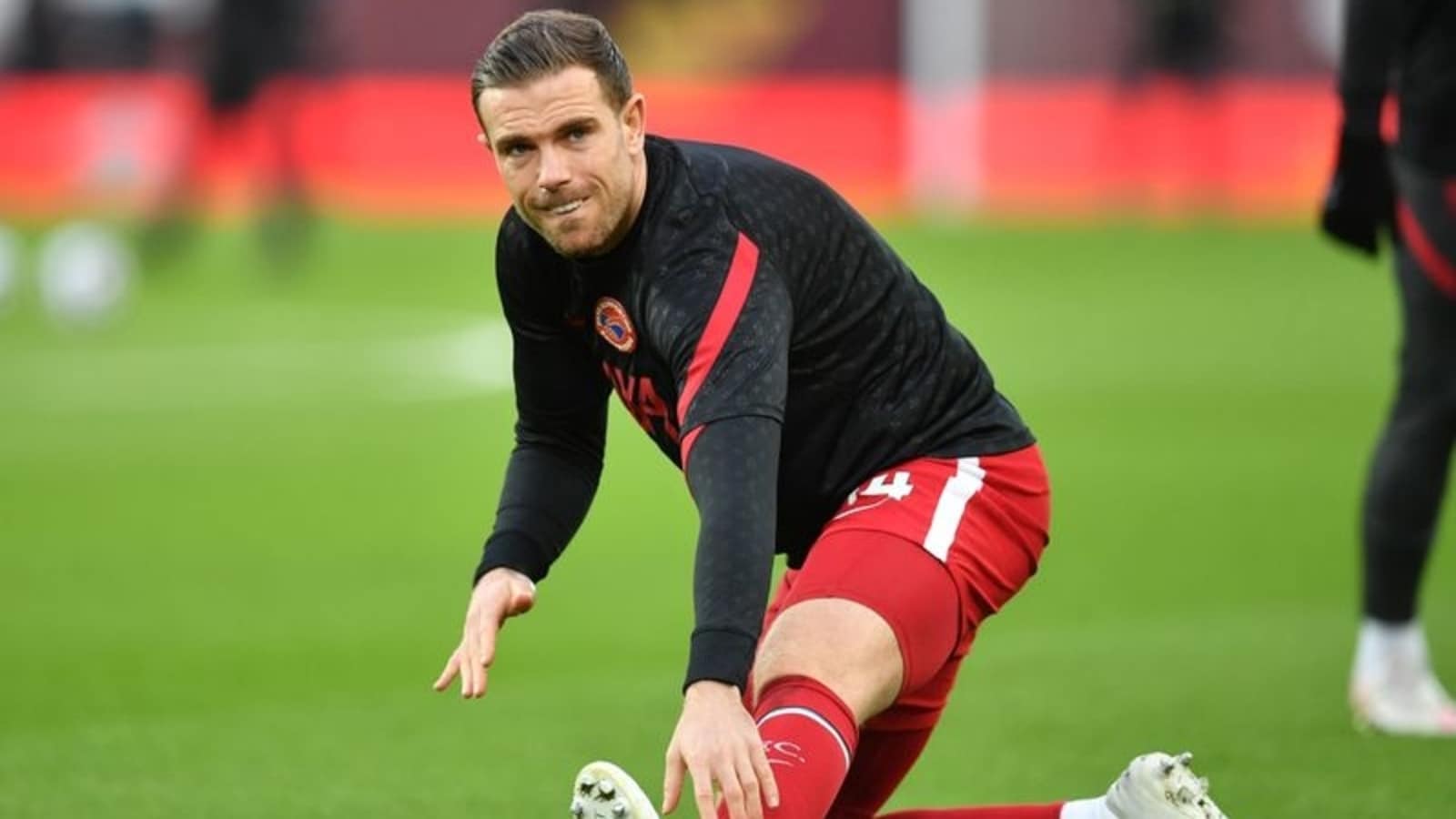 England midfielder Jordan Henderson said fans who booed players for taking a knee before matches proved racism is still an issue and that the team will continue to take a stand during the European Championship.

There were jeers from a small section of spectators at the Riverside Stadium in Middlesbrough when players took the knee before England’s friendly wins over Austria and Romania last weekend.

“It shows that if there are still people booing because we’re standing together against racism, then there still is a problem and we’ve still got to fight it and stand together,” Henderson said before Sunday’s opener against Croatia.

“It shows even more that we have to keep going, keep fighting it. From our side, it’s about being together and doing what we think is right.”

In an open letter to fans on Wednesday, coach Gareth Southgate said his team will not “just stick to football” during the Euros and that it was his responsibility to put debates such as racial awareness in the spotlight.

England, semi-finalists at the 2018 World Cup, face Scotland on June 18 and the Czech Republic four days later after playing Croatia, with all games being held at Wembley.

A similar incident took place in Hungary before Tuesday’s 0-0 draw with Ireland.

Ireland coach Stephen Kenny condemned the “incomprehensible” behaviour of Hungary fans who booed his players for taking a knee before the game in Budapest.

While Ireland players took a knee, the Hungary team stood and pointed to their sleeves, which had European soccer governing body UEFA’s ‘respect’ badge.

“The fact it was booed is incomprehensible really and it must be damaging for Hungary, with the Euros in Hungary,” said Kenny.

“It’s disappointing and it doesn’t reflect well on Hungary really, on Hungarian support.”

Budapest is one of 11 host cities for the Euros, which begin on June 11.

Loading...
Denial of responsibility! TechiLive.in is an automatic aggregator around the global media. All the content are available free on Internet. We have just arranged it in one platform for educational purpose only. In each content, the hyperlink to the primary source is specified. All trademarks belong to their rightful owners, all materials to their authors. If you are the owner of the content and do not want us to publish your materials on our website, please contact us by email – [email protected]. The content will be deleted within 24 hours.
booingEuro 2020fansfans booingHendersonjordan hendersonkneenews update
0
Share