Notice: amp_is_available was called incorrectly. `amp_is_available()` (or `amp_is_request()`, formerly `is_amp_endpoint()`) was called too early and so it will not work properly. WordPress is currently doing the `pre_get_posts` hook. Calling this function before the `wp` action means it will not have access to `WP_Query` and the queried object to determine if it is an AMP response, thus neither the `amp_skip_post()` filter nor the AMP enabled toggle will be considered. It appears the theme with slug `publisher` is responsible; please contact the author. Please see Debugging in WordPress for more information. (This message was added in version 2.0.0.) in /home/runcloud/webapps/techilive/wp-includes/functions.php on line 5313
 Few players in condition to play three games in 12 days: India head football coach Igor Stimac - TechiLive.in 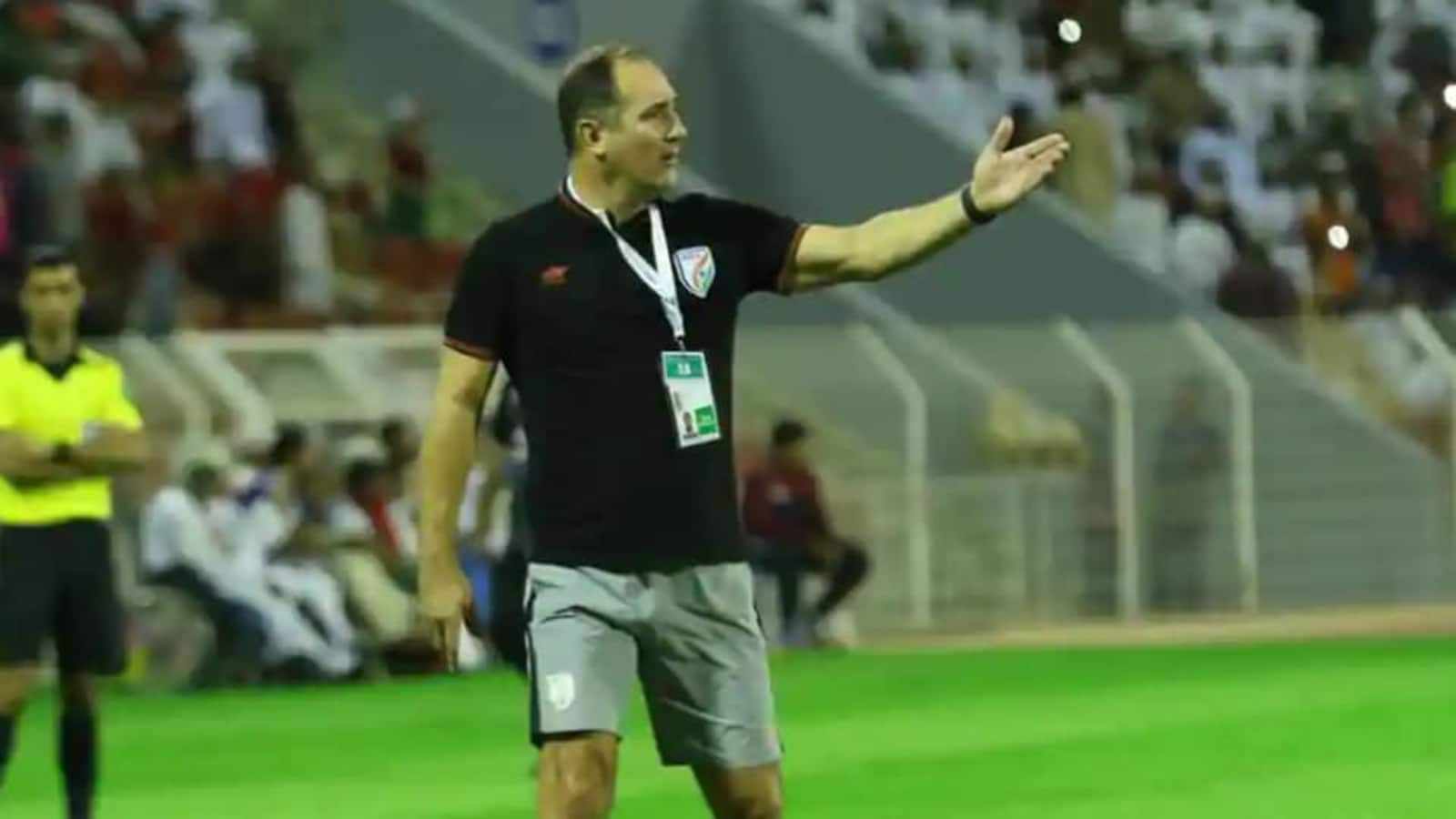 Ruing the lack of preparation ahead of India’s remaining games in the World Cup qualifiers, head coach Igor Stimac said the target remains qualification for the 2023 AFC Asian Cup. India are scheduled to play Qatar on June 3, Bangladesh on June 7 and Afghanistan of June 15.

India were to play Qatar and Afghanistan at home and Bangladesh away but the worsening situation of the Covid-19 pandemic in South Asia forced the games to be moved to Doha. India are fourth in the five-team group, with three points from five games and only two points ahead of bottom-placed Bangladesh.

Virtually out of World Cup reckoning, India are looking for their maiden win in the qualifiers. India are also eyeing the third spot in the group, currently occupied by Afghanistan with four points, as it would allow them to make it to the next round of the Asian Cup qualifiers without going through a play-off round. But Stimac said that India’s preparations have been worse than any of their opponents in the group where Qatar lead the standings on 16 points.

“Our situation is far from pleasant. The Qatar team is fully prepared for these last couple of games. Bangladesh players will be better prepared because their season finished on 10th of May. A total of 23 of the 28 Afghanistan players are playing in Europe and United States. They will be in full competitive mode and prepared to play here. On the other hand, you know the situation with our team. But I can promise that our players will give every atom of their energy in these games,” said the Croat at a virtual media conference.

The India players and staff can move into the competition’s bio-secure bubble on Sunday.

“For most of the clubs, ISL ended at the end of February. Only a few played in the playoffs till the second week of March. After that, we took the best performers to Dubai to organise one short camp and two friendly games against very strong sides. The idea was to give the players a break for two weeks and then to bring them back and prepare for the qualifiers. But that was not possible. The situation now is that we have now very few players in decent condition to play three games in 12 days,” said Stimac.

Speaking about the current conditions available to the team in Qatar, Stimac said: “I say thanks to the Qatari government for allowing us to come here earlier than scheduled. But I didn’t expect the conditions we have here. As a coach, I expected the possibility of using the gym, of holding morning sessions. Our players are eating delivery food left outside their rooms. That is not proper preparation. I am quite sure that the Qatari team is not in the same condition.” The squad is allowed a training session every evening, he said.

With Sunil Chhetri back in the fold after missing the friendies against Oman and UAE in March due to Covid-19, Stimac hinted at the possibility of not starting his talisman against Qatar in order to allow him to be in the best possible shape to play the remaining games.

“Having Sunil back is great for us. But as I also said to Sunil, we need to be clever here because there are three games in 12 days. So, I have to make a decision on when it would be the best time to use Sunil. Obviously, the most important games for us here are against Afghanistan and Bangladesh. At the end of this preparation period in five-six days’ time, I will have a clearer picture on the condition of our players,” he said.

Asked about the young players who featured in the friendlies in March, Stimac said: “Most of the youngsters who are here with us are here because of one reason: to get a feel of the pressure in international competitive games. I am not sure if one of them will be used for these games because we need experienced players who know how to handle the situations. But these young players are here gaining experience, learning from our work.”

Stimac, who is set to get a temporary extension because his contract is set to run out this month, said he is not worried about his future. “It is for the AIFF’s technical committee to decide,” he said.

He also added that it would be fair to judge his work with the India team after the 2023 Asian Cup and referred to predecessor Stephen Constantine’s second stint with the team when India qualified for the 2019 finals despite struggling in the initial round.

“Whatever happens at the end of this group stages – of course we will try to finish third – after this, we will do everything we can to qualify for the Asian Cup. Then when we have enough time to work together, when we go to the Asian Cup to represent India, then we can judge our work. I will go back to Mr Constantine’s work, you know there were seven defeats in eight games. The only points India had from that round were against Guam at home. So, let’s be patient,” he said.

Loading...
Denial of responsibility! TechiLive.in is an automatic aggregator around the global media. All the content are available free on Internet. We have just arranged it in one platform for educational purpose only. In each content, the hyperlink to the primary source is specified. All trademarks belong to their rightful owners, all materials to their authors. If you are the owner of the content and do not want us to publish your materials on our website, please contact us by email – admin@techilive.in. The content will be deleted within 24 hours.
CoachConditiondaysfootballGamesIgorigor stimacIndia
0
Share

Why Some People Derive More Benefits from Exercise?