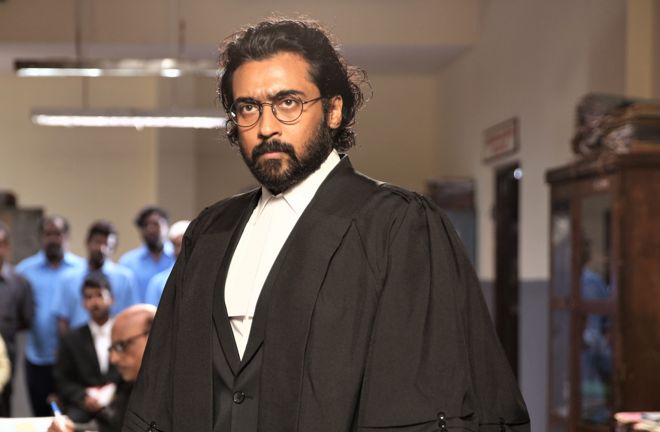 FIR filed against makers of Jai Bhim under Copyright Act

Jai Bhim starring Surya in the lead role has landed in legal trouble. The Chennai police have registered an FIR against the director and producer of Jai Bhim under the Copyright Act. The FIR was reportedly lodged by a man called Kulanjiyappan, who alleged that the makers have depicted his life’s struggle, and didn’t pay him royalties. The complainant claims that a character in the film is based on him. The Chennai police registered the case after receiving a direction from the magistrate court. In his complaint, Kulanjiyappan alleged that the makers of the film narrated his story but did not pay him any royalties, and he was allegedly promised that.

The report further stated that an FIR has been registered under Section 63 (A) of the Copyright Act against the film’s director, T J Gnanavel and the production house, 2D Entertainment.

The complainant further added that director TJ Gnanavel met him at his residence in January 2019. And he asked for details about the 1993 incident. Kulanjiyappan claimed that he was promised Rs 50 lakh as royalty and also a share in the profits. However, the complainant said that none of which he claims have been fulfilled till now. Kulanjiyappan also alleged that the film showed his community in a bad light and that the filmmakers have economically boycotted and exploited the victims.

Denial of responsibility! TechiLive.in is an automatic aggregator around the global media. All the content are available free on Internet. We have just arranged it in one platform for educational purpose only. In each content, the hyperlink to the primary source is specified. All trademarks belong to their rightful owners, all materials to their authors. If you are the owner of the content and do not want us to publish your materials on our website, please contact us by email – [email protected]. The content will be deleted within 24 hours.
actbhimCopyrightFiledfirJailifestyle newslifestyle update
Share

FibroGen Announces Completion of Patient Enrollment in MATTERHORN, a Phase 3 Clinical Study of Roxadustat for the Treatment of Anemia in Patients with Lower Risk Transfusion-Dependent Myelodysplastic Syndromes (MDS)

My Cleats, My Cause: Rams honor a father who died by…