Notice: amp_is_available was called incorrectly. `amp_is_available()` (or `amp_is_request()`, formerly `is_amp_endpoint()`) was called too early and so it will not work properly. WordPress is currently doing the `pre_get_posts` hook. Calling this function before the `wp` action means it will not have access to `WP_Query` and the queried object to determine if it is an AMP response, thus neither the `amp_skip_post()` filter nor the AMP enabled toggle will be considered. It appears the theme with slug `publisher` is responsible; please contact the author. Please see Debugging in WordPress for more information. (This message was added in version 2.0.0.) in /home/runcloud/webapps/techilive/wp-includes/functions.php on line 5313
 FMGE 2021: Doctors body urge Delhi HC to postpone medical exam - TechiLive.in 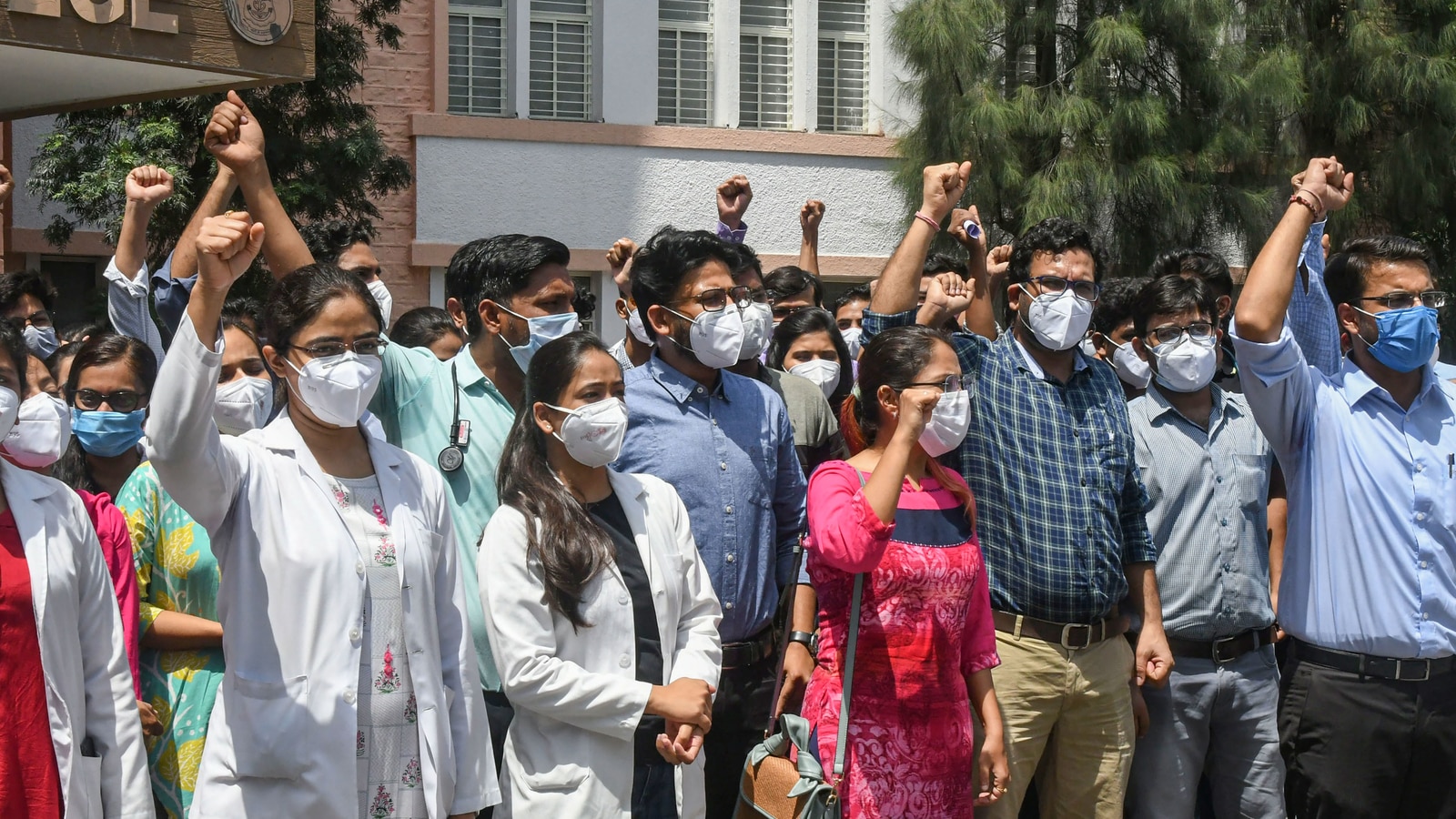 The Association Of MD Physicians has filed the petition through advocates Adit S Pujari and Chaitanya Sundriyal.

The plea was partially heard by a single -judge bench of Justice Amit Bansal on Wednesday, who has listed it for further hearing on Friday.

In accordance with the Indian Medical Council Act and Screening Test Regulations 2002, persons possessing medical qualifications awarded by a foreign institution are required to qualify the FMGE Screening Test in order to receive recognition for their medical qualifications and to be registered to the State medical Councils to practice medicine in India.

The petitioner told the Court that the members of the Association and other eligible foreign medical graduates are being forced to appear for the FMGE Screening Test on June 18, while putting themselves and people around them at risk of contracting Covid-19.

Doctor Rajesh Rajan, President of the Association of MD Physicians, said that on behalf of FMG members who were aggrieved, approached Prof Pawanindra Lal, Executive Director of NBE, by way of a representation, requesting the National Board of Examinations to postpone FMGE June 2021. However, no response has been received by the petitioner to such representation, he said.

In light of the Covid-19 pandemic, it is neither safe nor feasible for a such large number of candidates to appear for the FMG Examination to be conducted in June 2021, the association said.

It is clarified that member of the petitioner association, like other FMGs are ready and willing to be part of the Covid-19 workforce, and in this regard have also filed a Petition before the Supreme Court of India, indicating that even third and fourth year MBBS students have been made part of such work-force.

However, the Petitioners stated that working ad-hoc as part of such work-force (which may be treated as an internship, and which issue is also pending before the Supreme Court in the same Writ Petition) is wholly different from sitting for the FMGE, which would require displacement from their homes, movement and travel, RT-PCR testing, and staying in a city which they would not call home.

The Petitioner Association, on behalf of its members who are mandated to travel to other cities to give the exam proposed to be conducted on June 18, had waited for the Respondent NBE, and hoped that the Respondents would also recognize the impact on thousands of students and their families, and would postpone the examination.

It also said that a large number of competitive examinations, as also qualifying examinations have either been postponed/ cancelled altogether.

“The petitioner association has urged to set aside the time schedule for conduct of the June 2021 FMGE as contained in the Notice dated 15.04.2021 and the Information Bulletin dated 16.04.2021, titled ‘Foreign Medical Graduate Exam Screening Test Information Bulletin December 2020 Session,” published by the NBE.

It also sought to issue an appropriate Writ, Order or Direction, in the mature of a

Writ of Mandamus, under Article 226 of the Constitution of India, directing the Respondent to conduct the examination at a time conducive for such examination, but no earlier than six (6) weeks from the date when the examination was originally scheduled.

The Centre has opposed the plea saying that those who could not appear in June, may appear in examination in December.

The Court has sought to know from the petitioner association the resolution authorising it (association) to file the present petition and asked the Centre to bring on record any document showing that they have taken measures relating to present Covid-19 crisis to conduct the exams in mid-June.

Denial of responsibility! TechiLive.in is an automatic aggregator around the global media. All the content are available free on Internet. We have just arranged it in one platform for educational purpose only. In each content, the hyperlink to the primary source is specified. All trademarks belong to their rightful owners, all materials to their authors. If you are the owner of the content and do not want us to publish your materials on our website, please contact us by email – admin@techilive.in. The content will be deleted within 24 hours.
bodyDelhidelhi high courtdoctorsEducation newsEducation updateexamFMGE
0
Share

Lisa Kudrow to lead Disney musical ‘Better Nate Than Ever’