Notice: amp_is_available was called incorrectly. `amp_is_available()` (or `amp_is_request()`, formerly `is_amp_endpoint()`) was called too early and so it will not work properly. WordPress is currently doing the `pre_get_posts` hook. Calling this function before the `wp` action means it will not have access to `WP_Query` and the queried object to determine if it is an AMP response, thus neither the `amp_skip_post()` filter nor the AMP enabled toggle will be considered. It appears the theme with slug `publisher` is responsible; please contact the author. Please see Debugging in WordPress for more information. (This message was added in version 2.0.0.) in /home/runcloud/webapps/techilive/wp-includes/functions.php on line 5313
 Foo Fighters Headline Lollapalooza As Chicago Summer Festival Season Opens Up - TechiLive.in 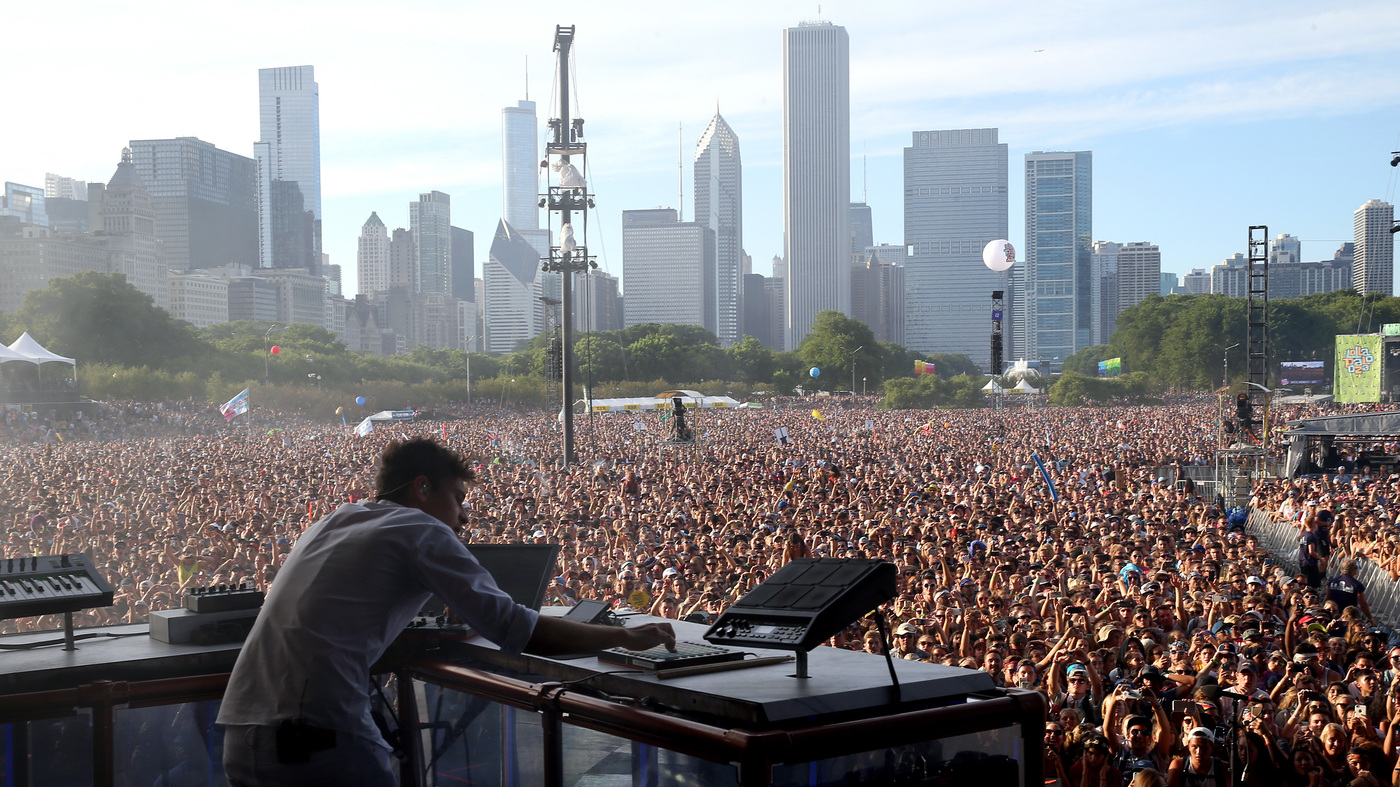 Electronic artist Flume performs at Lollapalooza in 2016. The festival is set to return at full capacity this summer.

Electronic artist Flume performs at Lollapalooza in 2016. The festival is set to return at full capacity this summer.

Live music is set to come back to Chicago in a big way this summer. Today, Lollapalooza announced its full line up, with Foo Fighters, Post Malone, Tyler, the Creator and Miley Cyrus headlining. And the fest will be at full capacity, too.

Chicago Mayor Lori Lightfoot announced the festival’s return on Tuesday. In a tweet, she said, “In alignment with our public health guidance, the world class festival returns to the city later this summer. However, full COVID-19 vaccination or a negative test will be required to enjoy the festivities.” The tweet included a video in which Lightfoot claims to like the rapper Polo G, and calls up Lolla founder Perry Farrell in a skit of sorts.

In alignment with our public health guidance, the world class festival returns to the city later this summer. However, full COVID-19 vaccination or a negative test will be required to enjoy the festivities.

The Lollapalooza website specifies that entrants who are unvaccinated will have to provide proof of a negative test “within 24 hours of attending Lollapalooza each day.” On a typical day, the festival attracts 100,000 people.

The rollout of the announcement is meant to encourage Chicagoans to get vaccinated. Chicago’s public health commissioner, Dr. Allison Arwady, teased out in a press conference that there will be “more in the days to come about ways in which we may tie Lollapalooza tickets to opportunities for vaccination.”

Chicago had previously floated the idea of a “Vax Pass,” with vaccination providing access to concerts or other forms of entertainment, as a way of encouraging the 18-44 year old demographic to get vaccinated. No concrete plans have been announced yet.

Certainly there’ll be no lack of opportunities: Lollapalooza is just one of a few summer music festivals in Chicago that have made announcements recently. Last week, the punk-adjacent festival Riot Fest announced its full line up, with Nine Inch Nails, Smashing Pumpkins and Run the Jewels headlining. Pitchfork Music Festival Chicago followed suit earlier this week, with Phoebe Bridgers, St. Vincent and Erykah Badu revealed as headliners.

Riot Fest has yet to post details on whether it will require proof of vaccination or a negative test. Pitchfork is requiring everyone over the age of 12 to be fully vaccinated or provide proof of a negative PCR test within the past 24 hours for each day of the festival, similar to Lollapalooza. Among the three festivals, Pitchfork is the only one currently requiring masks throughout festival grounds, except when eating and drinking. According to its website, Pitchfork will continue to update this policy “as local guidelines become available.”

The logistics of providing proof of vaccination have yet to be worked out. At yesterday’s press conference, Dr. Arwady said that a vaccination card — or a copy of it, or a photo of it on your phone — would count as proof. So would a print out from your doctor. But the city is still seeking a solution that would make the process easier for everyone, whether it be an app, an online database or something else altogether.

Loading...
Denial of responsibility! TechiLive.in is an automatic aggregator around the global media. All the content are available free on Internet. We have just arranged it in one platform for educational purpose only. In each content, the hyperlink to the primary source is specified. All trademarks belong to their rightful owners, all materials to their authors. If you are the owner of the content and do not want us to publish your materials on our website, please contact us by email – admin@techilive.in. The content will be deleted within 24 hours.
chicagoentertainment newsEntertainment updateFestivalFightersFooheadlineLollapalooza
0
Share