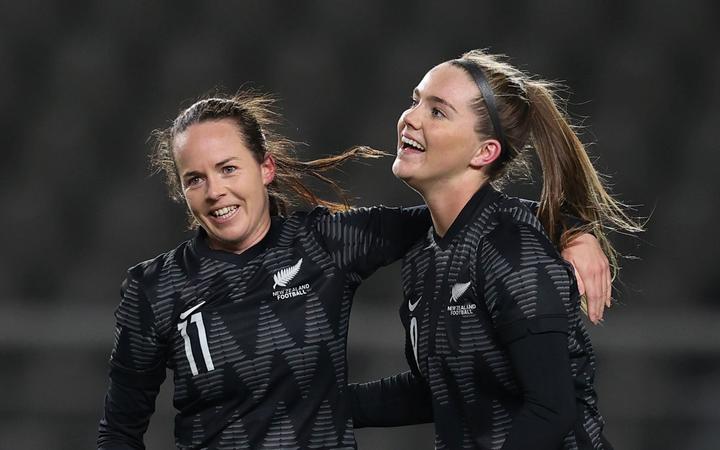 Football Ferns to play World No.1 US in American tournament

The Football Ferns will begin the year by competing in the SheBelieves Cup in the US during next month’s international window.

New Zealand will play the World No.1 ranked Americans, Iceland and the Czech Republic as they step up preparations for the 2023 Women’s World Cup in Aotearoa and Australia.

Building on their win over Korea Republic at the end of last year, the World No.22-ranked Football Ferns will play the round robin tournament in California and Texas and will kick off the tournament against Iceland in Carson, California at 2pm, February 18 (NZT).

They will then play the US at the same stadium at 9am, February 21 (NZT).

For the final round of games the tournament travels to Texas, and the Ferns close out their tournament against Czech Republic at Toyota Stadium at midday, February 24 (NZT).

Football Ferns Head Coach Jitka Klimková is pleased the team’s entry to the prestigious tournament is confirmed, and they will continue building on the their progress made in 2021.

“Playing the number one team in the world, the United States, as well as Iceland who are consistently in the top 20, and the Czech Republic, who lately twice drew with the Netherlands, will serve as a great test event for the Ford Football Ferns.

“We are now just 18 months from co-hosting the FIFA Women’s World Cup, so now is the for us to challenge ourselves against good opponents and play in front of good crowds such as in the US.

“After games against Canada, the Olympic winners, and Korea Republic, one of the top three teams in Asia, I think we are ready to face the Americans and two of the top teams in Europe. I believe we will compete on the day, play with courage, learn and discover our work ons.

“The SheBelieves tournament format, with three games against very different opponents, is going to simulate the group play at the World Cup. We will focus on quality performances that will lead to earning maximum points and scoring more goals.”

Denial of responsibility! TechiLive.in is an automatic aggregator around the global media. All the content are available free on Internet. We have just arranged it in one platform for educational purpose only. In each content, the hyperlink to the primary source is specified. All trademarks belong to their rightful owners, all materials to their authors. If you are the owner of the content and do not want us to publish your materials on our website, please contact us by email – [email protected]. The content will be deleted within 24 hours.
americanAudioCurrent AffairsFernsfootballNewsnews updateNo1
Share

Where to pick up a cheap Apple Watch today