Notice: amp_is_available was called incorrectly. `amp_is_available()` (or `amp_is_request()`, formerly `is_amp_endpoint()`) was called too early and so it will not work properly. WordPress is currently doing the `pre_get_posts` hook. Calling this function before the `wp` action means it will not have access to `WP_Query` and the queried object to determine if it is an AMP response, thus neither the `amp_skip_post()` filter nor the AMP enabled toggle will be considered. It appears the theme with slug `publisher` is responsible; please contact the author. Please see Debugging in WordPress for more information. (This message was added in version 2.0.0.) in /home/runcloud/webapps/techilive/wp-includes/functions.php on line 5313
 For Many Indians, Twitter Has Become a Hope to Survive in This Pandemic - TechiLive.in 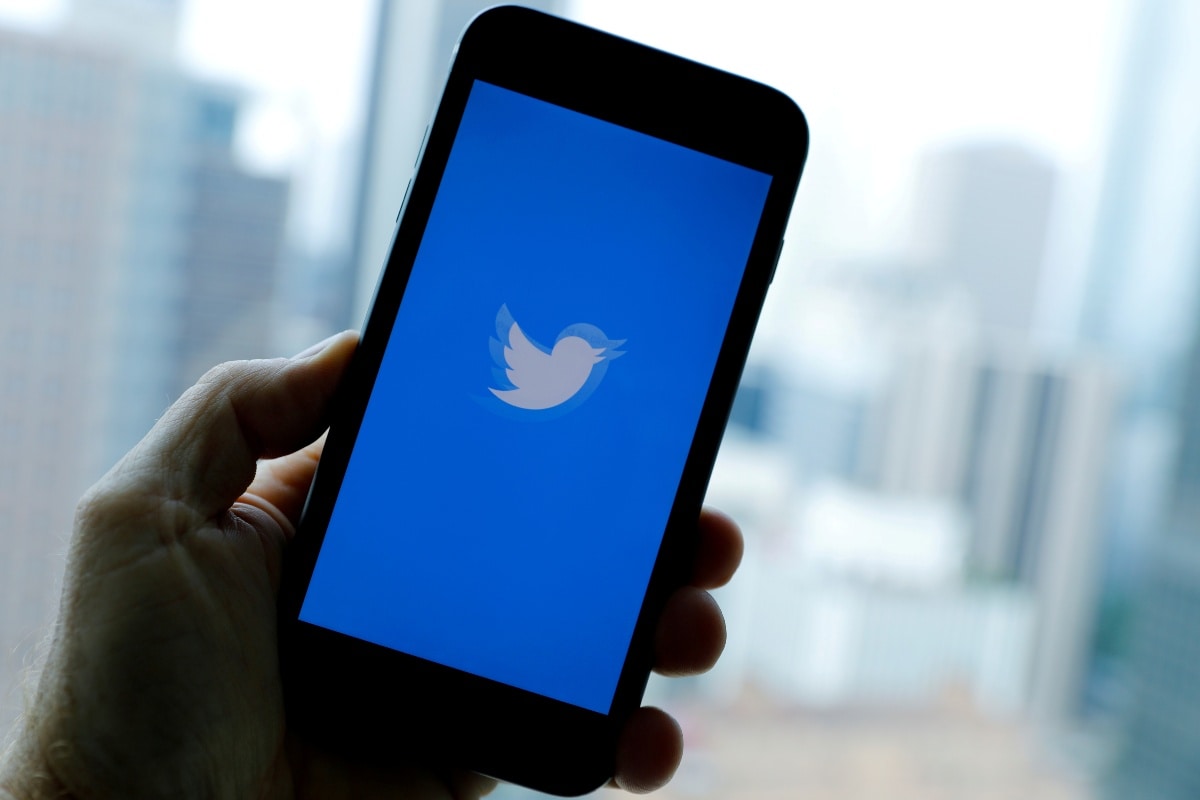 For Many Indians, Twitter Has Become a Hope to Survive in This Pandemic

Rishika Rao, a Jaipur-resident, who owns a digital marketing agency, found that the way she has been using Twitter through the pandemic has slowly changed. For a huge section of Indians, desperate in the face of the pandemic, trying to find help and relief for their friends and family, Twitter has become the place to turn to for help. And for people like Rao, it has become a place to help people who require assistance to survive in COVID-19.

“Last year, me and my whole family were suffering from COVID,” she said. “At that time, my Twitter friends helped me a lot. Now, I think that if I can do any help to them, it would give a great value to my existence on the platform.”

Rao is one of the hundreds of people on Twitter using the platform to organise supplies, and to help people dealing with the latest attack of the coronavirus pandemic in India. The number of infected and dying rises at an alarming rate. The country already became the second largest after the US when it comes to COVID cases worldwide.

This isn’t the first time we’ve seen social media be useful for emergencies — we saw the same thing during the Chennai floods in 2015, Uttarakhand earthquake in 2017, and Kerala floods in 2018.

But this is possibly the first time that we’ve seen the emergency situation sustained and stretched out for so long. The change that has emerged on Twitter is something totally different from what was there last year, despite the fact that the country saw probably its most stringent, national lockdown for several weeks that impacted the lives of many people — not only physically but also financially and psychologically.

Yet, there were many people who used social media platforms including Twitter at that time to beat their lockdown blues and learn new things such as baking bread. We were all tweeting about watching Tiger King on Netflix, and planning a return to normalcy in just a couple of weeks.

A full year later, though, we are in a completely new world. Online, you will see countless posts asking for medicines, beds, and even the intensive care units (ICUs). Some of them are also seeking food that they could send to the COVID patients and the ones who left their jobs and work due to the new wave of the deadly virus.

Many social media users are utilising their presence on Twitter and other such platforms to help people suffering in this tough time. For instance, political writer Pragya Tiwari has shared the details of a COVID Care Centre in Delhi that is available for free access. Marketer Aanchal Agrawal has also tweeted a link to a Google Sheet document that contains details about plasma donors, isolation beds, ICUs, and medicine centres, among others.

There are also many other users on the microblogging network who have shared resources to find essential requirements.

This is a crowdsourced list and I have called up these numbers to verify and seek help. It worked for me. Hope it helps anyone who is in need.

People like Sunitha Krishnan and Ankit Vengurlekar are also delivering home-made food for COVID positives in Hyderabad and Mumbai, respectively. Similarly, there are netizens like Rao who are retweeting and sharing details of patients requiring medicines and emergency support. Twitter also has some people who are willing to deliver food and medicines to doorstep in areas including Delhi, Gurugram, and Mohali.

If you’re in isolation in #Gurgaon or have elders living alone, I can do grocery/medicine runs for you or your family.

DM me the things needed and the address. I’ll get them, and leave the bag outside your door.

@ covid patients: If you are in south Delhi and living on your own and need food please ping me.

Nothing fancy but I will make dal chawal and sabzi for you and get it to your place.

You just take rest, quarantine and get well soon.

Likewise please- folks who are senior citizens and elderly- residing in pratap vihar, vijay nagar and vasundhra- drop me a DM- I can buy milk, grocery etc. and get you food too- simple dal roti. https://t.co/XrL1Xwyz9C

“The useful part of social media we found is that we would find not only the issues on social media platforms like Twitter but also their solutions,” said Sabita Chanda, who works with a non-government organisation (NGO) India Cares Foundation that started in April to primarily help people in the pandemic.

She is currently helping connect patients and their attendants directly with doctors and hospitals.

“We thought 2021 will show something better than the requests we got in 2020, such as for plasma donors, oxygen cylinders, and hospitals,” said Chanda. “But now, I can tell you that there are times when I have not slept even for 72 hours.”

In addition to people like Chanda, there are public figures such as radio jockey Sayema Rehman (popularly known as RJ Sayema) who are spending most of their time nowadays on Twitter to help people.

“I feel that as a public figure, as an influencer, this is the time for me to play the vital role of a person who can connect the need and the want to the source,” she noted. “And if I can do that, I will take every single opportunity of doing it.”

Some doctors on Twitter are also helping people get an understanding of the pandemic and what exactly they need to do.

Dr. Vandana Goel, who works at Delhi government’s Mohalla Clinic in South Delhi, has started taking free online consultation for six days a week from 4–5pm. She said that she started the online consultation as hospitals were already lacking beds, and people were feared of getting infectious even when visiting their nearby health clinic.

“I think doctors at this moment should just forget about the monetary part because our country is in a real critical state, and it’s in crisis right now,” she emphasised.

Alongside Twitter, people in the country are showing support and assistance to the ones suffering from the coronavirus pandemic on platforms including Facebook, Instagram, and even LinkedIn. Some are also sharing the details over WhatsApp to help people receive timely support.

But nonetheless, many celebrities such as famous actors and actresses as well as popular brands and models who often use social media to grow their online and offline popularity are yet to come on board.

What’s motivating people to help?
“The thing is that goodness is also infectious,” said RJ Sayema. “You see one person is doing good, and the other also feels like doing it.”

While influencers and public figures often use Twitter and other such platforms to retain their popularity among people, doctors and healthcare workers have also jumped on the bandwagon of social media to spread their service.

“It’s a very unique medium where you get an intersection of all areas of work and spheres of activity,” said renowned surgeon Dr. Arvinder Singh Soin.

He added that the massive potential reach of Twitter and social media platforms help spread knowledge among people who need instant help.

“I don’t know how many benefited, but I can see a lot of influencers post stories on their Instagram, Facebook and other social platforms which help needy peoples, and it’s a good sign how social media is growing and impacting in a positive way,” said Amit Bisht, a media analyst at Publicis Sapient.

Challenges in helping people over social media
That said, providing help through a platform like Twitter isn’t that easy. It is also important to note that the people who are trying to provide assistance and help to others are not equal to the ones who actually need them at this moment. Verifying information quickly after receiving from other sources to share online is also something that’s been an ongoing learning even for journalists and the media.

“It’s a difficult task,” said Chanda of India Cares Foundation. “I can say that we try our best but maybe we might not be 100 percent correct while verifying — considering the amount of requests we’re getting.”

In some cases, Chanda noted that she also found it difficult to connect people who wanted assistance and care with the authorities as they didn’t respond on time.

RJ Sayema has made a rule that they could only tweet the details about a patient if she receives their medical report.

“When people approach me, I do my own checks, I ask for the government reports, or I ask them for their contact numbers, I actually ask them for the number of days the person has been ill, and which all hospitals they have called,” she said.

She also highlighted that in addition to authenticate the problem and the patient, she tries to follow every single issue she reports on Twitter until the person requiring help reaches the hospital or gets required support.

Many people on Twitter and other platforms also ask for medicines like Remdesivir and solutions such as plasma therapy. However, Dr. Soin said that it’s important that people follow the advice of their doctors, rather than first trying to secure medication.

“These nuances are not available on social media, and you have to connect with proper people offline. And that I mean medical health, doctors, hospitals and only then you can proceed with your treatment,” he said.

But another equal concern is that for much of India, this help and this information remains out of reach.

The Internet penetration in India is not that significant that most people would receive support directly from social media or any other online sources. According to the data provided by the Internet and Mobile Association of India (IAMAI), the country has over 504 million active Internet users. This is 36.52 percent of the country’s total estimated population of 1.38 billion.