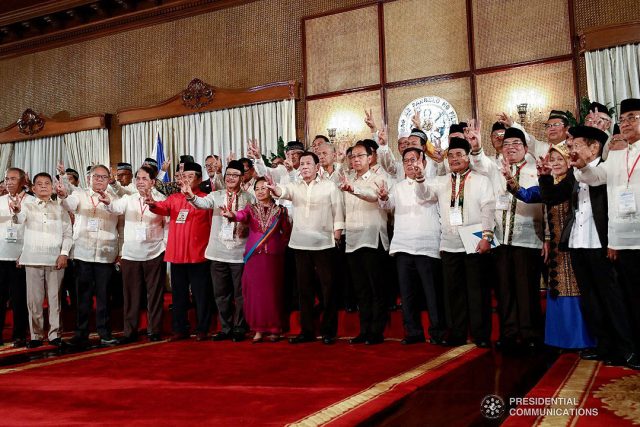 For the Bangsamoro, choice of president would be a vote for region’s new transition leaders

THE PHILIPPINE president who will be elected next year will have the power to appoint a new set of 80 members of the Bangsamoro Transition Authority, who will lead the regional government for three years.

This is provided in the Congress-approved bill postponing parliamentary elections in the autonomous region. It is awaiting the signature of President Rodrigo R. Duterte, who has previously expressed support for the extension of the transition period.

The winning presidential candidate will then have a major hand in the course of the Bangsamoro Autonomous Region in Muslim Mindanao (BARMM) until 2025, when the first parliamentary poll would be held in sync with the mid-term elections.

Political analyst Ramos C. Casiple, executive director of the Institute for Political and Electoral Reform in the Philippines, said the Bangsamoro needs a president who will be able to listen and negotiate through the complexities of a region that is undergoing political transformation.

“Generally, it’s all subject to negotiations because during the campaign, you will be able to talk to them, but of course they should be watched that they do not have hardline positions, and with a willingness to listen,” he said in a mix of English and Filipino during the Oct. 7 Alerto Bangsamoro radio program co-hosted by International Alert Philippines.

He said while the presidential candidates have yet to present a clear platform on the Bangsamoro, he noted that Ferdinand “Bongbong” R. Marcos could prove to be challenging given his father’s legacy of aggravating the unrest in Mindanao during the martial law period.

“I have suspicions that it will not be that easy during engagements if he wins… because the policies of his father before, President Marcos, was among the factors that worsened the situation in Mindanao,” Mr. Casiple said.

He also cited potential challenges with Senator Panfilo M. Lacson for his background as a top-ranking law enforcer.

Mr. Casiple said next year’s election opens many “possible negotations” concerning the BARMM and the interest of Mindanao as a whole. He stressed, however, that the overriding issues that would dominate people’s choices would be addressing the pandemic and its resulting economic downturn.

There were 2.173 million registered voters in the BARMM as of 2019, based on data from the Commission on Elections. Voter turn-out during that year’s mid-term election was 73.9% or 1.607 million.

BARMM Interior and Local Government Minister Naguib G. Sinarimbo, in a post in Filipino on his Facebook page, said the party’s candidates aim to carry on with the regional government’s goals embodied in the peace agreement.

“The UBJP intends to transform the politics in Bangsamoro into one that is based on principle, platform and programs, and not on mudslinging, family, ties to power, and money,” he said.

Denial of responsibility! TechiLive.in is an automatic aggregator around the global media. All the content are available free on Internet. We have just arranged it in one platform for educational purpose only. In each content, the hyperlink to the primary source is specified. All trademarks belong to their rightful owners, all materials to their authors. If you are the owner of the content and do not want us to publish your materials on our website, please contact us by email – [email protected]. The content will be deleted within 24 hours.
BangsamorochoiceEducation newsEducation updateleadersnews updatePresidentRegions
Share

Afghan girls return to schools in 3 provinces – Times of India