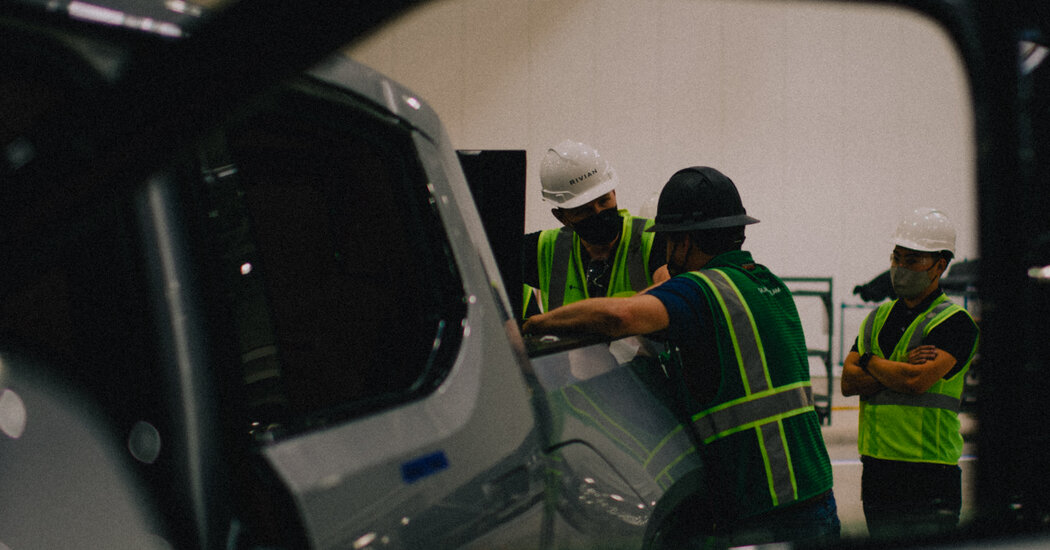 Ford and Rivian no longer plan to work jointly on electric vehicles.

Ford Motor and Rivian have dropped plans to develop an electric vehicle together, although Ford remains a major investor in the start-up automaker.

The companies formed a partnership in 2019 when Ford invested $500 million in Rivian. They originally envisioned working closely on electric vehicles, but Ford discarded a plan to use Rivian’s chassis for an electric model for its Lincoln brand while saying they still intended to cooperate. On Friday, the companies said collaboration was no longer in prospect.

“As Ford has scaled its own E.V. strategy and demand for Rivian vehicles has grown, we’ve mutually decided to focus on our own projects and deliveries,” Rivian said in a statement. “Our relationship with Ford is an important part of our journey, and Ford remains an investor and ally on our shared path to an electrified future.”

The change in plans was reported earlier by Automotive News, based on an interview with Ford’s chief executive, Jim Farley.

Since its investment in Rivian, Ford has started rolling out electric models of its own. The Mustang Mach E, a sport utility vehicle, has drawn favorable comparisons to competing models from Tesla. Ford is expected to start making a battery-powered version of its F-150 pickup next year, and it has taken tens of thousands of orders from customers.

“We respect Rivian and have had extensive exploratory discussions with them,” Ford said in a statement. “However, both sides have agreed not to pursue any kind of joint vehicle development or platform sharing.”

After an initial public offering of stock this month, Rivian has a market value of nearly $115 billion, significantly more than Ford’s valuation of $77 billion. Rivian has just started production of an electric pickup and an electric S.U.V., and has delivered only a small number to customers so far.

Ford’s holding in Rivian amounts to about a 12 percent stake.

Rivian is working on an electric delivery van for Amazon, another major investor.

Denial of responsibility! TechiLive.in is an automatic aggregator around the global media. All the content are available free on Internet. We have just arranged it in one platform for educational purpose only. In each content, the hyperlink to the primary source is specified. All trademarks belong to their rightful owners, all materials to their authors. If you are the owner of the content and do not want us to publish your materials on our website, please contact us by email – [email protected]. The content will be deleted within 24 hours.
Education newsEducation updateelectricFordjointlylongernews updateplan
Share