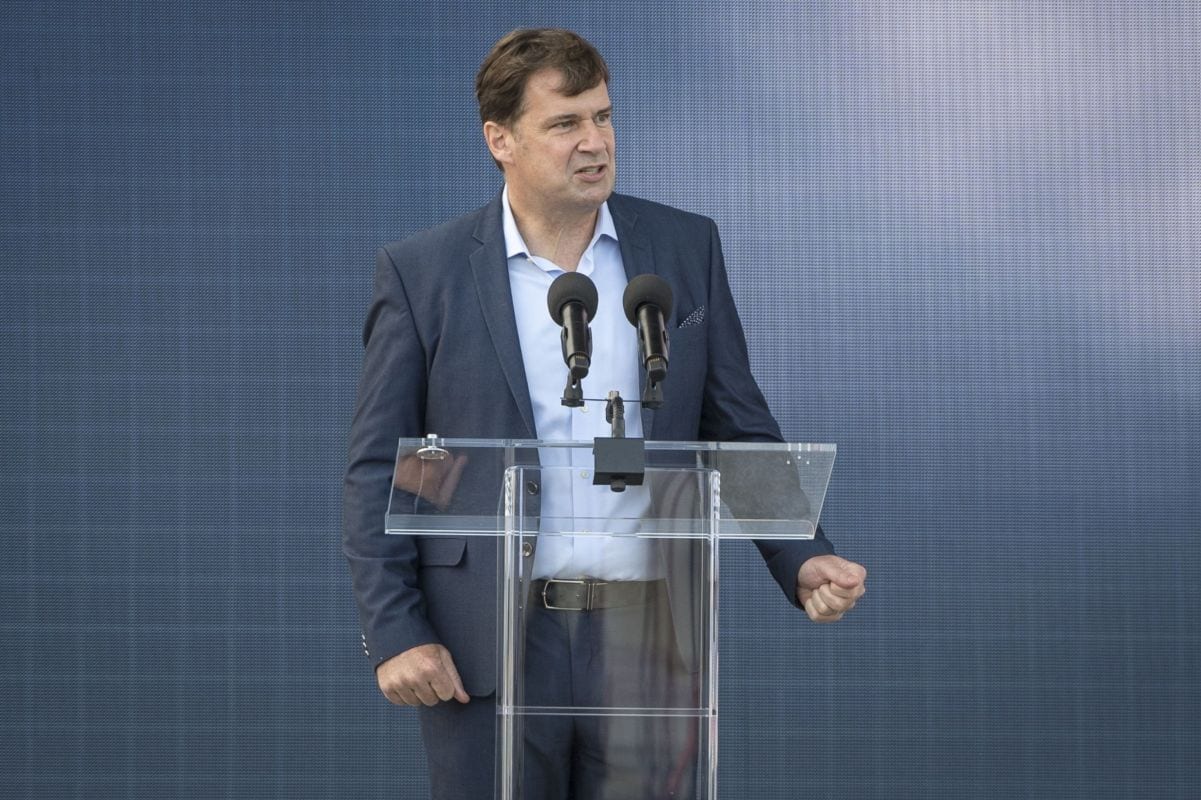 Ford CEO Calls for Regulation of Automated Driving Systems in US

The CEO of America’s second-largest auto company is calling for the federal government to set standards for fully or partially automated vehicles to tighten the safety of electronic driving systems.

In urging federal regulation, Ford CEO Jim Farley becomes the highest-profile auto executive to publicly recognise a need to more closely monitor the emerging technology, which is becoming more prevalent on America’s roadways just as questions are being raised about the potential risks to motorists. In limited areas, companies are beginning to deploy fully autonomous ride-hailing services.

Farley’s statements, in an interview with The Associated Press, follow increased scrutiny by regulators of Tesla’s partially automated “Autopilot” driver-assist system, which has been involved in a series of high-profile crashes. Tesla also is using selected owners to test its “Full Self-Driving” software on public roads.

He suggested that legislators and the National Highway Traffic Safety Administration were moving too slowly.

“Time is of the essence,” Farley said, explaining that Argo AI, an autonomous vehicle company in which Ford is a major investor, is moving ahead quickly with technology that will let Ford start an autonomous ride-hailing service.

Argo, which is testing autonomous vehicles with human backup drivers in six US cities, expects to be ready for Ford to offer ride-hailing without human drivers sometime next year. In the Phoenix area, Alphabet’s Waymo is already offering a limited fully autonomous ride service.

And later this year, Ford will offer “Blue Cruise,” its own partially automated highway driving system that, like Tesla’s Autopilot, keeps cars centered in their lane and a safe distance behind traffic in front of them. With Blue Cruise, drivers can take their hands off the steering wheel. But unlike Autopilot, they will be monitored by a camera to make sure they are paying attention.

“We’ve done the testing to feel comfortable with this system and how it’s implemented,” Farley said.

The CEO took an implicit jab at Tesla, saying that Ford does its own testing before rolling out the technology.

“We don’t want our customers to have to do any testing,” he said.

Drivers often have thwarted Tesla’s efforts to monitor them by detecting hands on the steering wheel. Earlier this month, a man was arrested in California after an officer spotted his Tesla on a freeway with the man riding in the back seat and no one behind the wheel. The man told the AP that his car was fully autonomous and designed so that he could ride in the back seat.

That’s not true. Tesla has explicitly told California regulators that both “Autopilot” and “Full Self-Driving” are assist systems and that drivers must be ready to intervene.

A message was left Friday seeking comment from Tesla, which has disbanded its media relations department.

Farley’s stance on regulation is unique in the auto industry, which has generally has favoured voluntary guidelines over regulations. No federal regulations specifically govern electronic driving systems, although they do fall under safety standards that cover all vehicles.

But a few in the business have asked for regulation. In April, Dan Ammann, CEO of GM’s autonomous vehicle subsidiary Cruise, told Bloomberg Television that it was important for the United States and other countries to chart a “clear regulatory pathway.” Regulations, Ammann said, are necessary for the US to keep its leadership position.

In 2015, Volvo Cars CEO Hakan Samuelsson asserted that a patchwork of state rules and the absence of US federal oversight could slow the development and introduction of autonomous vehicles.

Since President Joe Biden’s inauguration, though, NHTSA has said it is taking a new look at the automated systems. The agency has since sent investigators to review at least four crashes involving Teslas in which Autopilot is at least suspected of being involved, and it is seeking public comment on developing safety principles for autonomous vehicles. In the past few years, NHTSA has sent teams to 29 Tesla incidents.

Farley says he’s pleased by a renewed interest in regulations.

“We’re very encouraged that the new leaders in the administration want to take on large-scale deployment” of autonomous vehicles, he said.

Loading...
It’s Google I/O time this week on Orbital, the Gadgets 360 podcast, as we discuss Android 12, Wear OS, and more. Later (starting at 27:29), we jump over to Army of the Dead, Zack Snyder’s Netflix zombie heist movie. Orbital is available on Apple Podcasts, Google Podcasts, Spotify, Amazon Music and wherever you get your podcasts.

Denial of responsibility! TechiLive.in is an automatic aggregator around the global media. All the content are available free on Internet. We have just arranged it in one platform for educational purpose only. In each content, the hyperlink to the primary source is specified. All trademarks belong to their rightful owners, all materials to their authors. If you are the owner of the content and do not want us to publish your materials on our website, please contact us by email – [email protected]. The content will be deleted within 24 hours.
Loading...
AutomatedcallsCEODrivingFordford ceo jim farley self driving cars autonomous driving system vehicles regulation us fordgadget updateJim Farley
0
Share

A third sale option for NZ Rugby to consider