Notice: amp_is_available was called incorrectly. `amp_is_available()` (or `amp_is_request()`, formerly `is_amp_endpoint()`) was called too early and so it will not work properly. WordPress is currently doing the `pre_get_posts` hook. Calling this function before the `wp` action means it will not have access to `WP_Query` and the queried object to determine if it is an AMP response, thus neither the `amp_skip_post()` filter nor the AMP enabled toggle will be considered. It appears the theme with slug `publisher` is responsible; please contact the author. Please see Debugging in WordPress for more information. (This message was added in version 2.0.0.) in /home/runcloud/webapps/techilive/wp-includes/functions.php on line 5313
 Ford’s Electric F-150 Lightning Undercuts Rivals With $40,000 Starting Price - TechiLive.in 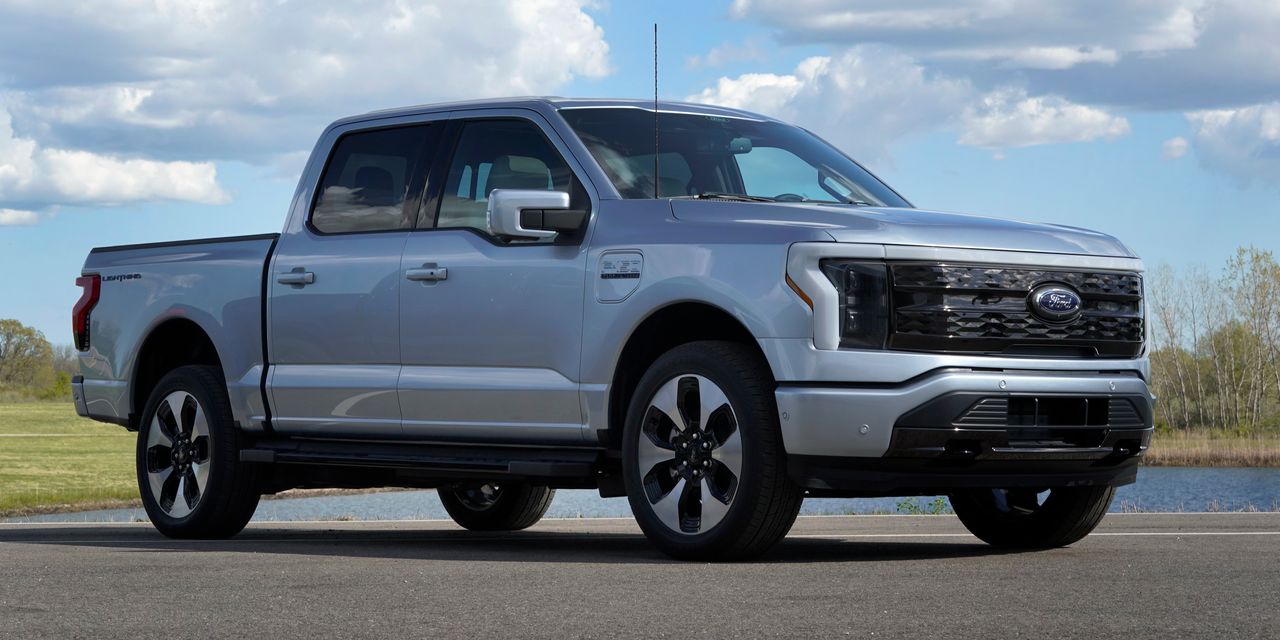 The company revealed prices for its newest truck—the first fully electric version of its top-selling and most-profitable vehicle—during an event Wednesday evening at its Dearborn, Mich., headquarters.

The company said the F-150 Lightning will have a starting price of $39,974 when it arrives in showrooms next year, significantly below that of some other electric trucks slated to hit the market. That is before tax credits are factored in.

Production of the new electric pickup is expected to start next spring in Michigan, the company said.

strategy diverges from that of most other companies entering the nascent electric-truck segment. While several traditional auto makers and startups are preparing to roll out sporty, adventure-theme pickups at higher prices,

wants to attract fleet buyers, who generally prefer no-frills trucks that are cheaper to operate.

“That is a lot of truck for that starting point,” said Darren Palmer,

general manager of battery electric vehicles, adding that it will accelerate faster than any F-150 that Ford has made. “People are just making their first moves into electric, and we want to tempt them.”

Buyers of a base-model F-150 Lightning could qualify for a $7,500 federal tax credit that would push the price into the low $30,000s, similar to that of a gasoline-fueled truck. That price should help entice buyers who might hesitate to buy a plug-in truck, said Stephanie Brinley, an analyst at the research firm

“The pricing overlaps enough with an internal-combustion F-150 to make it more palatable for a consumer,” she said.

The pickup-truck category looms as an important area of contention as auto makers race to develop electric vehicles, prodded by tightening environmental regulations and

While there are no electric pickups from major auto makers on the market today, some are expected to go on sale in the next 18 months, including the F-150 Lightning, as well as entries from Tesla,

, and the startup Rivian Automotive.

GM later this year plans to release an off-road electric Hummer pickup under its GMC brand, with a starting price of around $113,000. GM is also developing an electric version of its Chevrolet Silverado, which competes with the F-150. The company hasn’t given details on prices or a release date.

Rivian, a California-based startup that has backing from Ford, is expected to launch next month a $75,000 electric pickup designed for buyers who like the outdoors.

Tesla’s futuristic-looking Cybertruck pickup is priced at around $39,900, which would be about the same as the F-150 Lightning. A version of the Cybertruck with two electric motors as well as four-wheel-drive capability similar to that of Ford’s truck costs about $49,900.

has said it would begin production later this year of a $52,000 pickup for commercial customers.

Michigan-based Bollinger Motors has set a $125,000 price for a boxy electric pickup truck.

As Ford gets ready to roll out the new electric pickup, the company is still confronting a chip shortage that has led to reduced shifts and temporary shutdowns at many of its U.S. factories this spring.

Major news in the technology sector.

On Wednesday, Ford said it would idle plants in Michigan and Missouri that make gasoline-versions of the F-150 pickup truck for two weeks starting May 31. It also said it is planning more downtime at several other assembly plants, including its sport-utility vehicle factory in Chicago.

The high price of electric vehicles is a major barrier for customers thinking about making a switch from the gasoline engine. Tesla has broadened its appeal over the years to mass-market buyers by rolling out lower-priced models, helping to spur electric-vehicle sales. The Tesla Model 3, for instance, starts at about $39,500.

Ford executives said they are able to offer the lower starting price in part because the electric F-150 shares many common parts with the gasoline-version, helping it save on development costs.

On Tuesday, President Biden visited Ford’s truck plant in Dearborn, where the new electric F-150 will be built. He used the facility to pitch his $2.3 trillion infrastructure plan, which includes funding for electric vehicles, and test-drove a vehicle that the White House said was the F-150 Lightning.

Ford took the Lightning name from its 1990s line of performance-truck models that used big, gas-guzzling engines. Ford has said the new electric truck will go faster than those models, going from zero to 60 mph in about 4.5 seconds.

The electric F-150 is expected to have two options for the battery: a standard one that delivers a range of 230 miles and an extended version that targets 300 miles of range on a single charge.

Detroit’s auto makers have incentive to fend off newcomers to the truck space. Ford, GM and

NV, though its Ram truck brand, have long dominated the market for big pickup trucks. They accounted for 95% of full-size-pickup-truck sales in the U.S. during the first quarter, according to data from the research firm Wards Intelligence.

Ford set the price for the truck in part through conversations with the delivery companies, contractors and landscapers that use their trucks and vans for work, said

Ford’s president of the Americas and international markets.

At the same time, Ford will offer the F-150 Lightning with fancier interiors, a larger battery for longer range and other features that would push the price to around $90,000.

“We felt we needed to serve both ends of the market,” Mr. Galhotra said.

Write to Mike Colias at Mike.Colias@wsj.com

Loading...
Denial of responsibility! TechiLive.in is an automatic aggregator around the global media. All the content are available free on Internet. We have just arranged it in one platform for educational purpose only. In each content, the hyperlink to the primary source is specified. All trademarks belong to their rightful owners, all materials to their authors. If you are the owner of the content and do not want us to publish your materials on our website, please contact us by email – admin@techilive.in. The content will be deleted within 24 hours.
acquisitionsAcquisitions/MergersAcquisitions/Mergers/ShareholdingsAlternative Fuel VehiclesautomotiveBollinger MotorsC&E Industry News FilterContent Types
0
Share