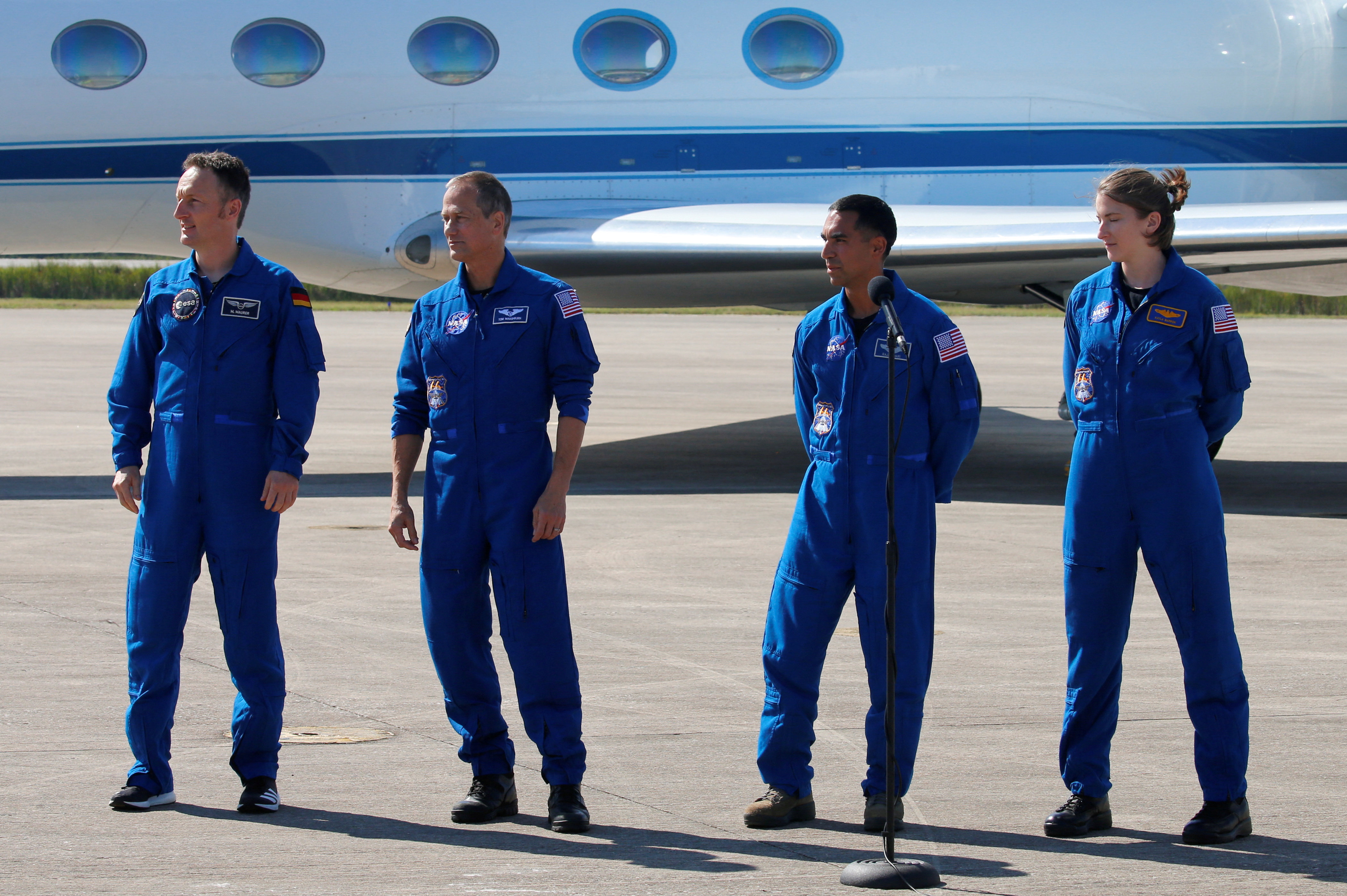 The third long-duration team of astronauts launched by SpaceX to the International Space Station (ISS) for NASA safely departed the orbiting outpost early on Thursday to begin their descent back to Earth, capping a six-month science mission.

The SpaceX Crew Dragon capsule carrying three U.S. NASA astronauts and a German astronaut from the European Space Agency undocked from the ISS at 1:20 a.m. EDT (0520 GMT) to embark on a return flight expected to last about 23 hours.

Live video showing the capsule drifting away from the station as the two vehicles soared high over Australia was shown on a NASA webcast.

Wearing helmeted white-and-black spacesuits, the four astronauts were seen strapped into the crew cabin shortly before the spacecraft separated from the space station, orbiting some 250 miles (400 km) above the Earth.

A series of several brief rocket thrusts then autonomously pushed the capsule safely clear of the ISS and lowered its orbit to line up the spacecraft for later atmospheric re-entry and splashdown.

If all goes smoothly, the Crew Dragon craft, dubbed Endurance, will parachute into the sea off the coast of Florida at 12:43 a.m. EDT on Friday (0443 GMT).

Their departure came about a week after they welcomed their replacement team aboard the station, also currently home to three Russian cosmonauts on a long-term mission. One of those cosmonauts, Oleg Artemyev, assumed command of the ISS from Marshburn in a handover before Thursday’s undocking, NASA said.

Earlier in April, a separate all-private astronaut crew launched by SpaceX to the space station under contract for the Houston-based company Axiom Space left the orbiting laboratory, concluding two weeks in orbit.

The NASA-ESA team flying home on Thursday was officially designated “Crew 3,” the third full-fledged long-duration group of astronauts that SpaceX has launched to the space station for the U.S. space agency.

They will be carrying some 550 pounds of cargo with them on their flight back to Earth.

SpaceX, the California-based company founded in 2002 by Elon Musk, the billionaire CEO of electric carmarker Tesla Inc who recently clinched a deal to buy social media platform Twitter, has launched a total of seven human spaceflights over the past two years. Reuters

Denial of responsibility! TechiLive.in is an automatic aggregator around the global media. All the content are available free on Internet. We have just arranged it in one platform for educational purpose only. In each content, the hyperlink to the primary source is specified. All trademarks belong to their rightful owners, all materials to their authors. If you are the owner of the content and do not want us to publish your materials on our website, please contact us by email – [email protected]. The content will be deleted within 24 hours.
departsEarthFlightFourastronautgadget updateInternationalspaceStation
Share

Kartik Aaryan trained for a week to ace ‘Tandav’…