Notice: amp_is_available was called incorrectly. `amp_is_available()` (or `amp_is_request()`, formerly `is_amp_endpoint()`) was called too early and so it will not work properly. WordPress is currently doing the `pre_get_posts` hook. Calling this function before the `wp` action means it will not have access to `WP_Query` and the queried object to determine if it is an AMP response, thus neither the `amp_skip_post()` filter nor the AMP enabled toggle will be considered. It appears the theme with slug `publisher` is responsible; please contact the author. Please see Debugging in WordPress for more information. (This message was added in version 2.0.0.) in /home/runcloud/webapps/techilive/wp-includes/functions.php on line 5313
 France, Germany push for 'historic agreement' on global corporate tax rate - TechiLive.in 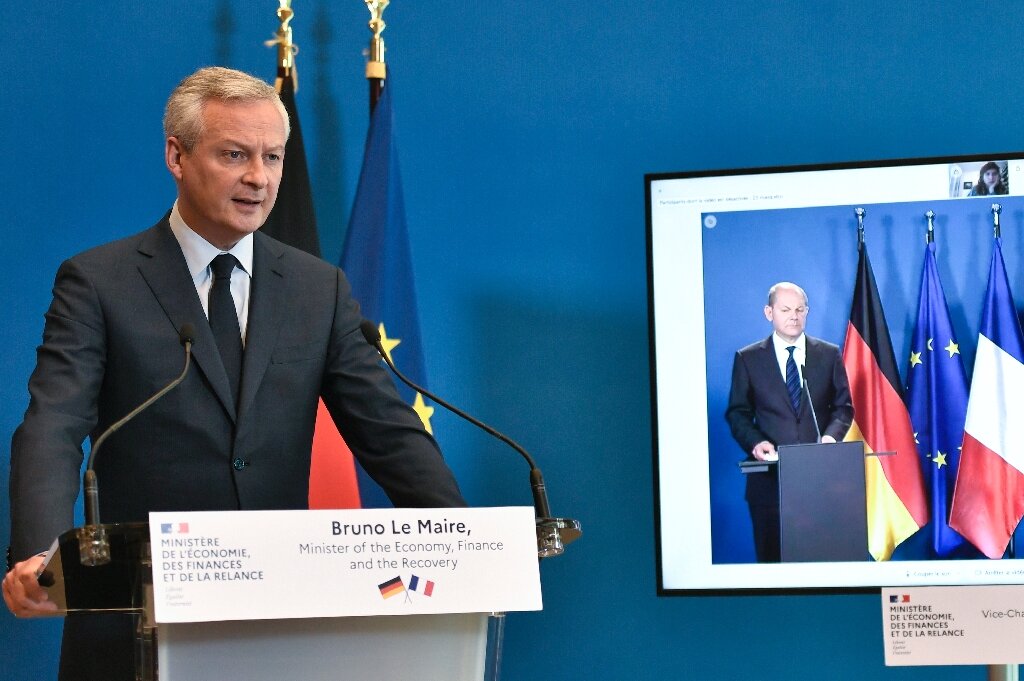 France and Germany pushed for a “historic” agreement among major economies on a minimum tax rate for multinational corporations Wednesday, hoping to shore up support after sceptical European countries expressed opposition to the plan.

Spearheaded by US President Joe Biden, the proposal for a 15 percent minimum tax rate has hit turbulence after Ireland’s finance minister expressed “significant reservations” over it.

“The change of (US) administration offers a historic opportunity… and we have to seize opportunities when they present themselves. It’s now. It’s now that we must act,” insisted French Finance Minister Bruno Le Maire at a joint press conference ahead of the upcoming Franco-German Economic and Financial Council.

His German counterpart Olaf Scholz said he was “optimistic” about the chances of sealing an agreement he said would end “disastrous fiscal competition” between countries.

Biden’s administration last week called for agreement on a unified tax rate of a minimum of 15 percent in negotiations with the Organisation for Economic Cooperation and Development (OECD) and the G20.

But on Tuesday Ireland’s Finance Minister Paschal Donohoe said the country had “a really significant concern” about a global rate that meant “only certain countries, and certain size economies can benefit from that base”.

The objection carries weight because Ireland hosts an outsized number of technology and pharmaceutical firms that were attracted to the country for its lower tax rate.

Last month, Dublin’s finance ministry released a projection saying it could lose two billion euros ($2.4 billion) each year in revenue starting in 2025 if a global minimum tax rate is enacted.

Donohoe’s concerns were echoed by Hungary’s foreign minister on a trip to Dublin on Tuesday.

“Like Ireland, Hungary is in favour of a low level of tax,” Peter Szijjarto said.

Luxembourg, also home to myriad multinational companies, said it was in favour of “minimum taxation” in order to create “conditions for fair competition” between countries—but has not commented specifically on the proposed 15 percent rate.

Finance ministers from the G7 group of advanced nations—consisting of Germany, Canada, the United States, France, Italy, Japan and Britain—are set to meet next week in London, where they could endorse the US proposal.

Le Maire said he, Scholz and British Chancellor of the Exchequer Rishi Sunak had agreed to do “their utmost” to draw up an agreement at the meeting.

They will then build upon on that at the larger G20 session in July in Venice, Le Maire said, adding that “step by step we will manage to convince all of our partners”.

The IMF’s leader on Tuesday also offered her endorsement to the plan.

Finance chiefs have characterized a minimum tax as necessary to stem competition between countries over who can offer multinationals the lowest rate.

They say that “race to the bottom” saps revenues that could go to other government priorities.

Loading...
Denial of responsibility! TechiLive.in is an automatic aggregator around the global media. All the content are available free on Internet. We have just arranged it in one platform for educational purpose only. In each content, the hyperlink to the primary source is specified. All trademarks belong to their rightful owners, all materials to their authors. If you are the owner of the content and do not want us to publish your materials on our website, please contact us by email – admin@techilive.in. The content will be deleted within 24 hours.
AgreementcorporateFrancegadget updateGermanyGlobalHistoricpush
0
Share