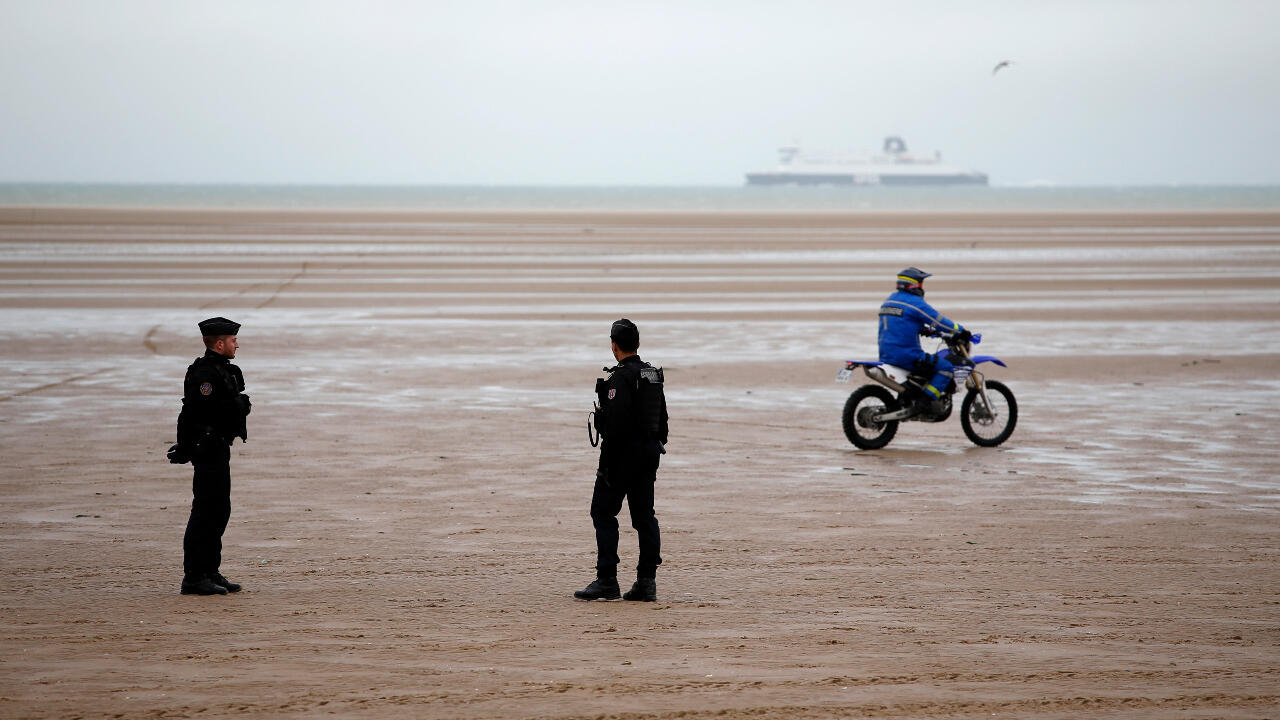 France told Britain on Monday to stop “giving lessons” on migrants in an increasingly acrimonious row between London and Paris over the numbers crossing the Channel.

“Britain is in no position to be giving lessons to us,” Interior Minister Gerald Darmanin told Cnews television ahead of talks with his British counterpart Priti Patel later Monday.

Britain “should stop using us as a punch-ball in their domestic politics,” he added.

The longstanding dispute has intensified in the last days after record numbers of migrants crossed the Channel to reach England from the French coast, with London accusing Paris of not doing enough to stop them.

The tensions have added to a litany of post-Brexit strains between Britain and France that also include a dispute over fishing rights that has threatened to spill over into a full-blown trade war.

In an unusually blunt criticism of France’s neighbour, Darmanin implied it was the fault of the British government that so many migrants wanted to cross the Channel.

He accused British activists based in northern France around Calais and Dunkirk of impeding the work of the security forces.

“I will remind my British counterpart that the NGOs that prevent the police and the gendarmerie from working are largely British NGOs with British citizens who are on French soil,” he said.

And he added: “The smugglers, who organise networks and exploit women and children, are very often based in Britain.”

He also argued that migrants were encouraged to leave for Britain because its labour market relied in part on “irregular workers employed at low cost”.

“If the British changed their legislation very strongly — and they did, but not enough — people would no longer be in Calais or Dunkirk” waiting for a chance to cross the Channel, he said.

“We are the victims of British politics. We must not get this mixed up,” he said.

According to British figures, a total of 1,185 migrants crossed the Channel on Thursday — a new record that smashed the previous daily high of 853 — due to cold but calm weather.

On Friday, three people who tried to cross in a canoe were reported missing.

Britain has described the figures as “unacceptable.”

Denial of responsibility! TechiLive.in is an automatic aggregator around the global media. All the content are available free on Internet. We have just arranged it in one platform for educational purpose only. In each content, the hyperlink to the primary source is specified. All trademarks belong to their rightful owners, all materials to their authors. If you are the owner of the content and do not want us to publish your materials on our website, please contact us by email – [email protected]. The content will be deleted within 24 hours.
BritainchannelcrossEnglish ChannelEuropeFrancegivingHealth news
Share

Podcast: Leyna Bloom on breaking ground as a trans woman of color