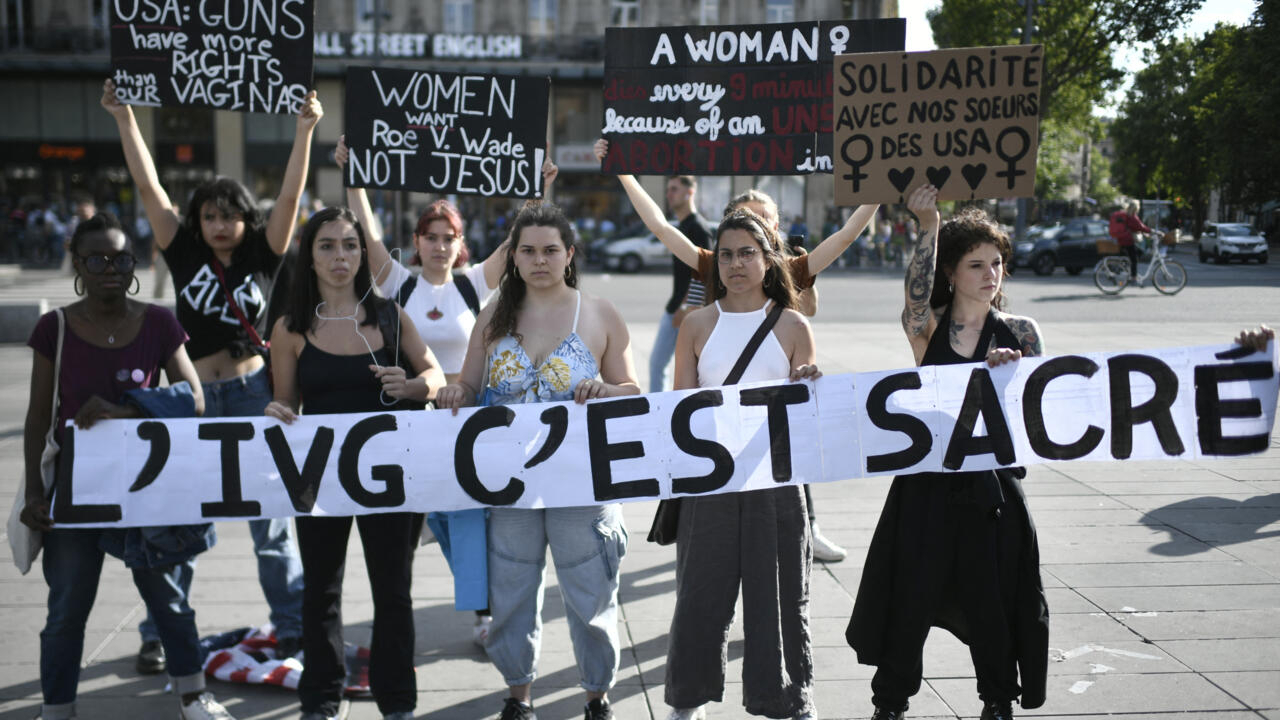 Politicians representing a parliamentary majority on Saturday voiced support for a bill enshrining abortion rights in France’s constitution, after the US Supreme Court revoked the nationwide legal protection for American women to terminate pregnancies.

The landmark ruling by the conservative-majority court on Friday overturned almost five decades of constitutional protections for abortion in the United States, allowing individual states to regulate the procedure. The American religious right had never accepted the previous 1973 “Roe v. Wade” ruling that guaranteed US abortion rights and several conservative states immediately announced they would ban abortion.

France was one of several US allies to condemn the decision, with President Emmanuel Macron denouncing a threat to women’s freedom. The leader of Macron’s party in parliament on Saturday said she had tabled a bill to “enshrine the respect for abortion in our constitution” amid the rise of the far-right National Rally, a party she described as “fierce opponents” of abortion.

“For all women, for human rights, we must set this gain in stone. Parliament must be able to unite overwhelmingly over this text,” she wrote on Twitter. Leading politicians from left-wing parties welcomed the government’s “U-turn” in a statement and invited like-minded parliamentary groups to submit a joint text.

The left-wing NUPES alliance and Macron’s Ensemble coalition would together command a large majority in favour of such a constitutional change. Macron is seeking parliamentary allies to pass reforms after his formation lost its majority in legislative elections earlier this month.

The National Rally has long been opposed to abortion, but current leader Marine Le Pen has since presented herself as a defender of women’s rights and backed the status quo. Party spokesman Philippe Ballard told FranceInfo radio that Le Pen had never called into question France’s existing abortion laws.

Asked about the US Supreme Court’s ruling, he said: “We’re not going to get involved in other people’s affairs.” But the president of the party, Jordan Bardella, said the government’s initiative was a “diversion” from more pressing issues “Where are the emergency plans for purchasing power and against immigration?” he said.

Fabien Di Filippo, a deputy with the rightwing Republicans party, took a similar view. “Legislative time is limited,” he said. “Let’s not lose sight of the economic and social emergency in our country.” Bruno Retailleau, the leader of the party’s group in the Senate, said: “To hide its incapacity to sort out the country’s real problems, the majority is inventing fictional ones.” Berge’s bill stipulates that “no one can be deprived of the right to willingly interrupt a pregnancy”.

The legal timeframe to terminate a pregnancy in France was extended from 12 to 14 weeks in the last legislature. In 2018 and 2019, opposition lawmakers unsuccessfully tried to amend the constitution to include the right to abortion.

Changing the constitution requires the National Assembly and Senate to adopt the same text, then a three-fifths majority of parliament sitting in congress. The other option is a referendum. In Paris, protesters defended abortion rights for a second day running Saturday, this time at the annual Pride Parade.

Denial of responsibility! TechiLive.in is an automatic aggregator around the global media. All the content are available free on Internet. We have just arranged it in one platform for educational purpose only. In each content, the hyperlink to the primary source is specified. All trademarks belong to their rightful owners, all materials to their authors. If you are the owner of the content and do not want us to publish your materials on our website, please contact us by email – [email protected]. The content will be deleted within 24 hours.
abortioncementingconstitutionemmanuel macronFranceFrenchFrench politicsGovernment
Share