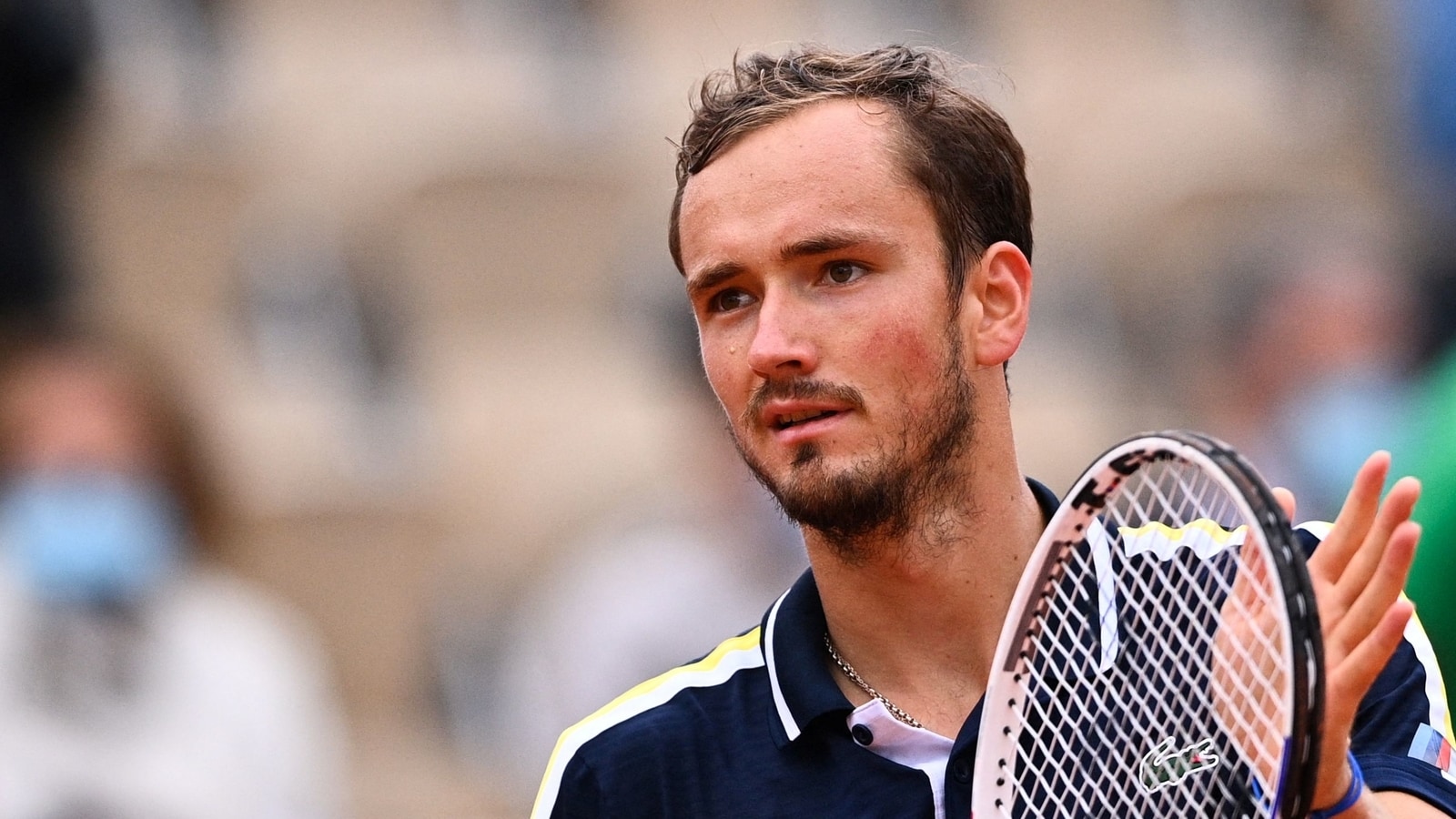 French Open 2021: Medvedev cuts Opelka down to size to reach fourth round

Clay was no longer an object of hate for Russian Daniil Medvedev as he stormed into the fourth round of the French Open with a commanding 6-4 6-2 6-4 win against towering American Reilly Opelka.

The rangy 25-year-old has reached two Grand Slam finals on hardcourts but has never hidden his dislike for red dirt, having never won a match at the claycourt Grand Slam in four previous appearances before this year.

But Medvedev has looked in his comfort zone at this year’s tournament in Paris and hit 28 winners and committed just 16 unforced errors against Opelka to stay on course to clinch the world number one ranking.

The second-ranked Russian could topple Novak Djokovic from the top of the standings if he reaches the final in Paris and the Serbian does not.

“Said it from the beginning. I think it’s going to stay till the end of the tournament. As I said after the first round, now I know to beat me, guys have to play good.”

Opelka started strongly and took a 3-1 lead in the opening set but Medvedev then broke the 2.11 metre tall American’s booming serve twice in a row as his opponent committed an array of unforced errors on the Suzanne Lenglen court.

The Russian continued his dominance in the second set as Opelka, who made 36 unforced errors in total, failed to rein in his mistakes and got broken twice more.

Medvedev sealed the match with an early break in the third set and will next meet 22nd seed Cristian Garin.

“I think a little bit rainy conditions, wet, heavy court which I totally hate on clay, helped me today.”

Denial of responsibility! TechiLive.in is an automatic aggregator around the global media. All the content are available free on Internet. We have just arranged it in one platform for educational purpose only. In each content, the hyperlink to the primary source is specified. All trademarks belong to their rightful owners, all materials to their authors. If you are the owner of the content and do not want us to publish your materials on our website, please contact us by email – [email protected]. The content will be deleted within 24 hours.
CutsDaniil MedvedevFourthFrenchFrench Open 2021french open newsMedvedevnews update
0
Share

For Lemon Curd in Less Than 10 Minutes, Use Your Microwave

Reuse, reduce, recycle – my trash, not my relationships: Tinder bios you could use this World Environment Day 2021- Technology News, Firstpost