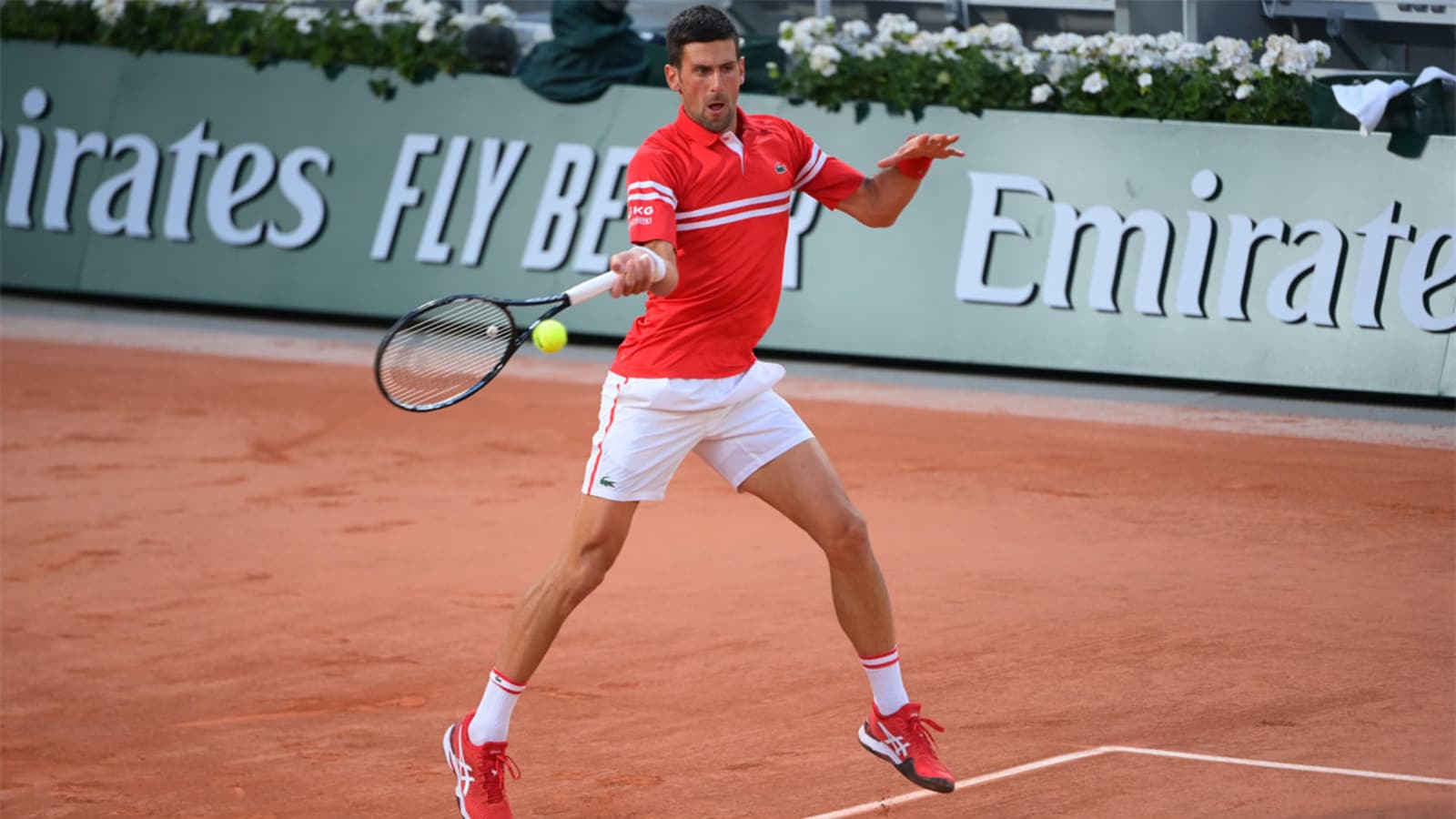 World number one Novak Djokovic kicked off his French Open campaign with a routine 6-2, 6-4, 6-2 win against American Tennys Sandgren on Tuesday in the first men’s match to be scheduled in a night session. With no spectators allowed on Philippe Chatrier court due to a 9pm local curfew, the Serbian went through the gears as he dispatched his opponent seemingly effortlessly.

Djokovic, who is chasing a 19th major title and looking to narrow the gap to 20-time Grand Slam champions Rafael Nadal and Roger Federer, showed some signs of frustration in the second set but world number 66 Sandgren was never close to bothering him. The third set was a mere formality as Djokovic, who won his only Roland Garros title in 2016, won five games in a row in what resembled a training session.

He next faces Uruguay’s Pablo Cuevas on his way to a potential semi-final showdown with 13-time French Open champion Nadal. While he appreciated playing the first men’s night session at Roland Garros, Djokovic said he would have preferred to play in front of crowds like he did last week in Belgrade, where he won the title.

“I’m honoured to be the first men’s match to play a Roland Garros night session. It was very interesting to say the least, I liked the conditions and the way I played, the way I moved, the way I felt, it worked out pretty well,” he told a courtside interviewer.

“Tennys played some good tennis. He challenged my serve, in the second set he had six break points. But it was awfully quiet, with crowds it would have been the perfect scenario, perfect setting, but hopefully this is the last match without a crowd for me in this tournament.”

One night session a day is scheduled until June 9, but only the last one is set to be played in front of fans with the French government pushing back the curfew until 11pm next Wednesday.

Denial of responsibility! TechiLive.in is an automatic aggregator around the global media. All the content are available free on Internet. We have just arranged it in one platform for educational purpose only. In each content, the hyperlink to the primary source is specified. All trademarks belong to their rightful owners, all materials to their authors. If you are the owner of the content and do not want us to publish your materials on our website, please contact us by email – [email protected]. The content will be deleted within 24 hours.
Loading...
djokovicFrenchFrench Open 2021news updateNovakNovak DjokovicOpenRoland Garros
0
Share

Clint Frazier Uses His Glove, and His Bat, to Beat Rays