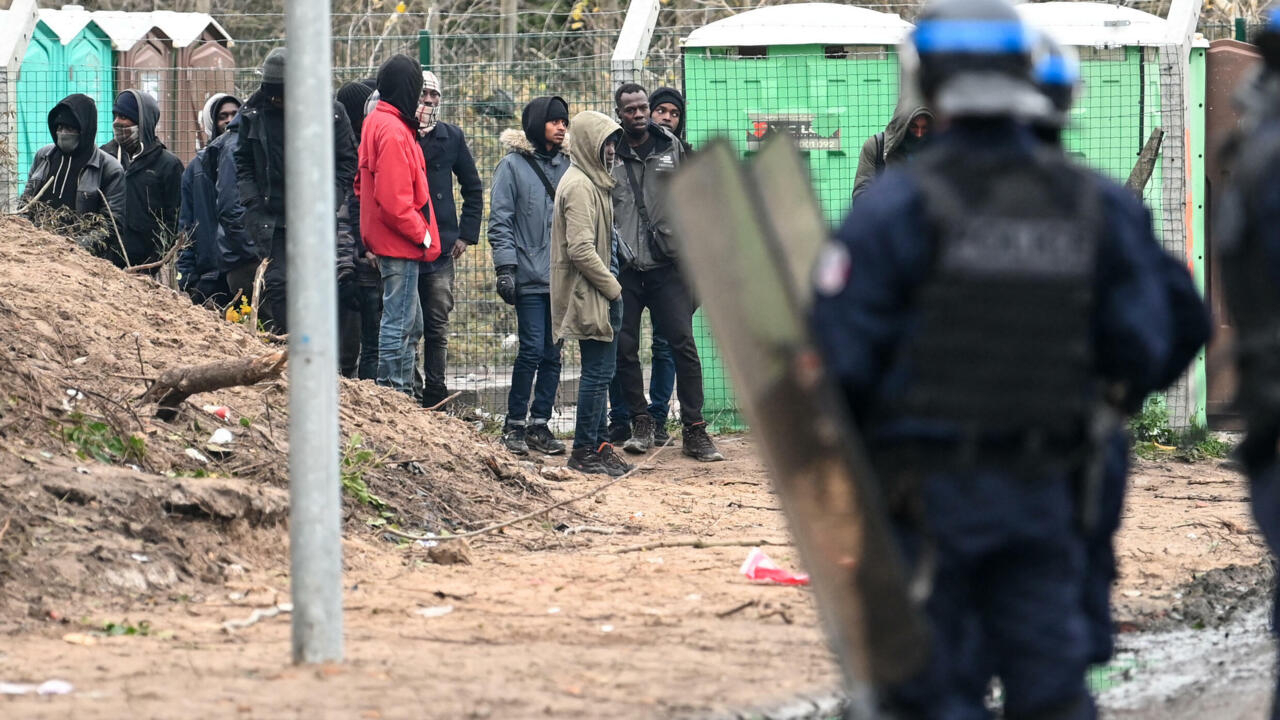 A French court handed a riot police officer an 18-month suspended jail term on Thursday for assaulting a British migrant-support activist during an operation in Calais.

The court in the coastal town of Boulogne-sur-Mer also barred Sergeant Laurent M. from serving for two years over the events of July 31, 2018.

It also convicted him of giving false evidence about the events but it cleared two more junior officers who had backed up his account.

The northern port of Calais is a key crossing point for migrants trying to reach Britain, with informal camps regularly sprouting up to house the steady influx of people hoping to stow away on a truck crossing the Channel to England.

Several British migrant support groups are active in the area.

The three CRS riot police officers were part of a team deployed to remove migrants from an area near the ring road around Calais.

A standoff with a group of British volunteers endured during which Laurent M. knocked Tom Ciotkowski, a council worker from Stratford upon Avon who was volunteering with the Help Refugees group, to the ground.

The police claimed Ciotkowski had “shoved (Laurent M.) in the chest” and called him a “bitch bastard”, prompting the officer to push back in self-defence and causing both men to fall over a security barrier.

Ciotkowski was arrested and charged over the incident but was cleared of any wrongdoing at his trial in 2019 on the basis of a video showing the attack on him to be unprovoked.

The footage showed him alone falling to the ground, close to the path of an oncoming lorry.

One of his two co-accused got off with a reprimand while the other escaped disciplinary action.

Prosecutor Dorothee Perrier told the court in Boulogne-sur-Mer that she had the “disagreeable feeling” that the officers had lied to “cover up acts of violence and justify an inconvenient arrest” (of Ciotkowski).

Denial of responsibility! TechiLive.in is an automatic aggregator around the global media. All the content are available free on Internet. We have just arranged it in one platform for educational purpose only. In each content, the hyperlink to the primary source is specified. All trademarks belong to their rightful owners, all materials to their authors. If you are the owner of the content and do not want us to publish your materials on our website, please contact us by email – [email protected]. The content will be deleted within 24 hours.
activistActivistsAssaultingBritishCalaisConvictedFranceFrench
Share

My Ex Risked Our Daughter’s Health for … a Photo Op?