Notice: amp_is_available was called incorrectly. `amp_is_available()` (or `amp_is_request()`, formerly `is_amp_endpoint()`) was called too early and so it will not work properly. WordPress is currently doing the `pre_get_posts` hook. Calling this function before the `wp` action means it will not have access to `WP_Query` and the queried object to determine if it is an AMP response, thus neither the `amp_skip_post()` filter nor the AMP enabled toggle will be considered. It appears the theme with slug `publisher` is responsible; please contact the author. Please see Debugging in WordPress for more information. (This message was added in version 2.0.0.) in /home/runcloud/webapps/techilive/wp-includes/functions.php on line 5313
 French territory of New Caledonia to hold third independence referendum - TechiLive.in 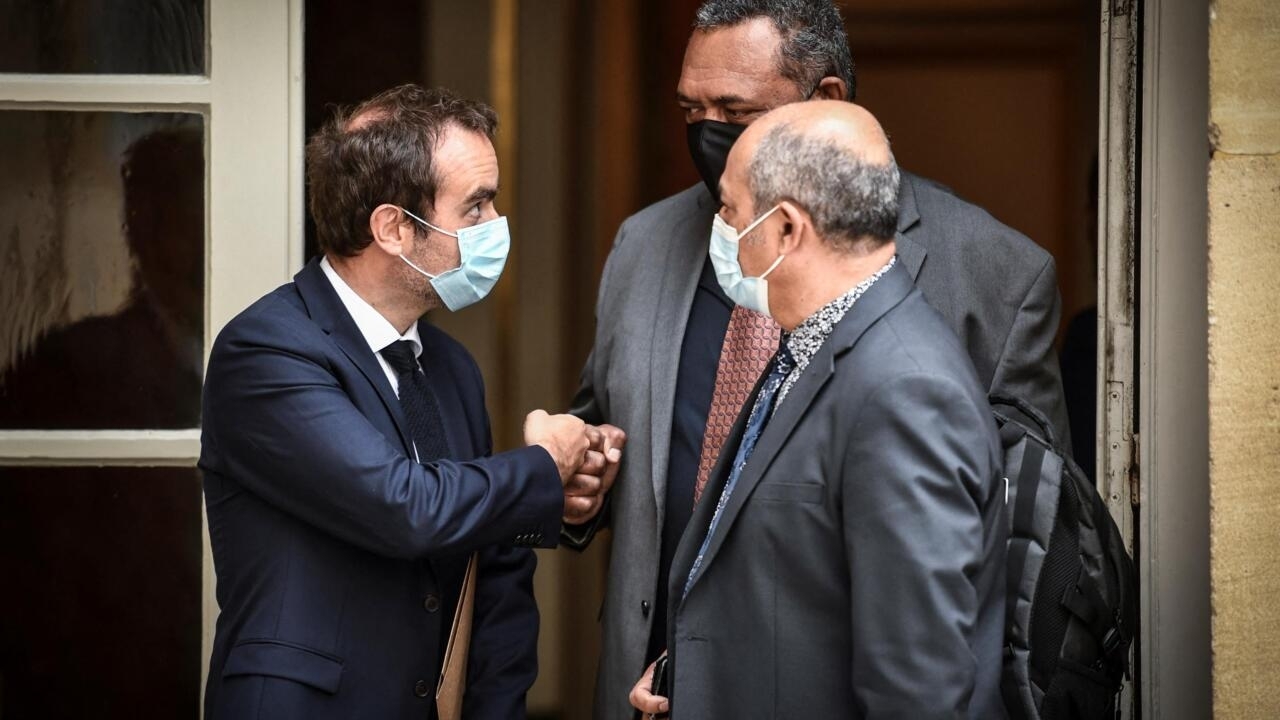 The French Pacific territory of New Caledonia will hold a third referendum on independence in December, after voting twice against a breakaway, Paris said Wednesday.

The government agreed last month to a request from the New Caledonia legislature to hold the referendum by the end of next year, as provided for under the terms of a decolonisation plan agreed in 1998.

On Wednesday, Sebastien Lecornu, the French minister for overseas territories, said it would take place on December 12.

“We believe that it serves the common good to hold this consultative referendum as soon as possible,” he told reporters after a weekly cabinet meeting.

The 1998 “Noumea Accord”, which ended a deadly conflict between the mostly pro-independence indigenous Kanak population and the descendants of European settlers, allowed for up to three independence votes by 2022 if requested by at least a third of the local legislature.

In April, a group of 26 pro-independence lawmakers — just under half of the total legislature — sent a joint letter to the French High Commission requesting the third vote.

New Caledonia has been under French control for almost 170 years, during which it served as a penal colony for criminals and political prisoners, an Allied military base in World War II and a source of commodities, notably nickel.

In a first referendum in 2018, 57 percent voted to remain part of France. In the second, in October 2020, that share decreased to 53 percent.

The French government wants the referendum to be followed by a transition period lasting until June 2023, Lecornu said.

According to Le Monde newspaper this week, that time would be used to prepare full sovereignty in the event of a “yes” vote.

If independence is rejected again, however, the government wants to prepare a new evolved status for the archipelago during that period, which would be put to yet another referendum, the paper said.

French President Emmanuel Macron said after the 2020 vote that he felt a “profound sense of gratitude” over the result, but also “humility” at the closeness of the result, which few had predicted.

France, which is more than 16,000 kilometres (10,000 miles) away from the territory, subsidises New Caledonia with around 1.5 billion euros ($1.75 billion) every year, the equivalent of more than 15 percent of the territory’s gross domestic product.

Denial of responsibility! TechiLive.in is an automatic aggregator around the global media. All the content are available free on Internet. We have just arranged it in one platform for educational purpose only. In each content, the hyperlink to the primary source is specified. All trademarks belong to their rightful owners, all materials to their authors. If you are the owner of the content and do not want us to publish your materials on our website, please contact us by email – admin@techilive.in. The content will be deleted within 24 hours.
CaledoniaEuropeFranceFrenchHealth newsHealth updateHoldindependence
0
Share