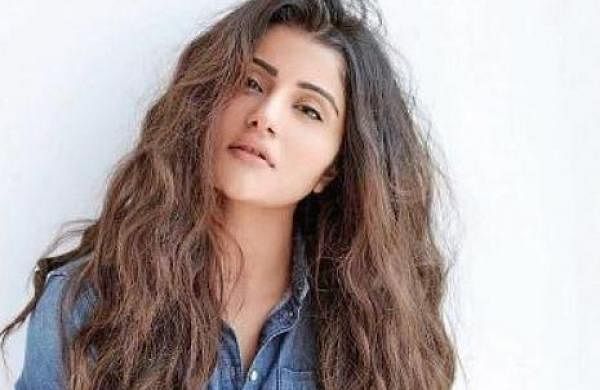 From a refugee camp to tinsel town

KOCHI: The photograph of refugee Shaylee Krishen, where her face is wrapped in a maroon shawl and a pair of gleaming green eyes are staring at us, resembles the Afghan refugee girl who got featured on the 1985 National Geographic cover. The click later gave Shaylee an opportunity to act in the iconic filmmaker Santhosh Shivan’s bilingual film, Moha, a few years ago.

Her journey does not stop there as the chirpy actor is now thrilled to play the lead role opposite Shane Nigam in veteran director T K Rajeev Kumar’s new film, Bermuda. Enjoying her new stint, she talks about her inspiring journey and how a photograph changed her life.

In 1980, Shaylee’s family had to flee from their hometown Anantnag along with thousands of Kashmiri Pandits to a refugee camp put up by the then government. It was indeed a trauma for her parents, descendants of a royal family, who had to leave their villa in the valley and settle down inside a makeshift tent.

Shaylee was born at the camp to a life filled with poverty. “My father was well educated. So, he could secure a job in a bank in Kashmir. It made it possible for my family to get a new house. It was more like winning a lottery for me when I got to use my own bedroom and washroom for the first time. I was eight years old when I left the camp and our life started anew. But still, it is painful to know that around 60,000 families still live in there,” says Shaylee.

Shaylee was introduced to films by her elder brother Adithya who works in film production in Bengaluru. “The Malayalam movie Urumi, directed by Santhosh Sivan sir in 2012, was my first theatre experience. I told my brother that day that he would see me doing a role in his movie someday. To my luck, it came true,” said Shaylee.

Shaylee’s accidental meet up with the ace cinematographer Ravi Varman changed the course of her life. He clicked a photograph of hers, which resembled the 1985 National Geographic magazine cover, which led to the role, Apsara, in Santhosh Sivan’s Hindi-English movie, Moha. She is also busy with the web series project, The Last Hour, produced by Oscar-winning director Asif Kapadia.

“I play lady love of actor Kalidas’s character in Santhosh Sivan sir’s Malayalam film, Jack and Jill. Also, I will be paired opposite Shane Nigam in T K Rajeev Kumar sir’s new film, Bermuda,” says an excited Shaylee. The experiences and hardships her family went through during their refugee days made her strong, the actor says. “So, nothing seems big for me and I don’t take success and fame into my head. My favourite place in the world is my bedroom inside the house that my papa owned after getting his first job,” she adds.

Loading...
Denial of responsibility! TechiLive.in is an automatic aggregator around the global media. All the content are available free on Internet. We have just arranged it in one platform for educational purpose only. In each content, the hyperlink to the primary source is specified. All trademarks belong to their rightful owners, all materials to their authors. If you are the owner of the content and do not want us to publish your materials on our website, please contact us by email – [email protected]. The content will be deleted within 24 hours.
campentertainment newsEntertainment updatenews updaterefugeetechi livetinselTown
0
Share