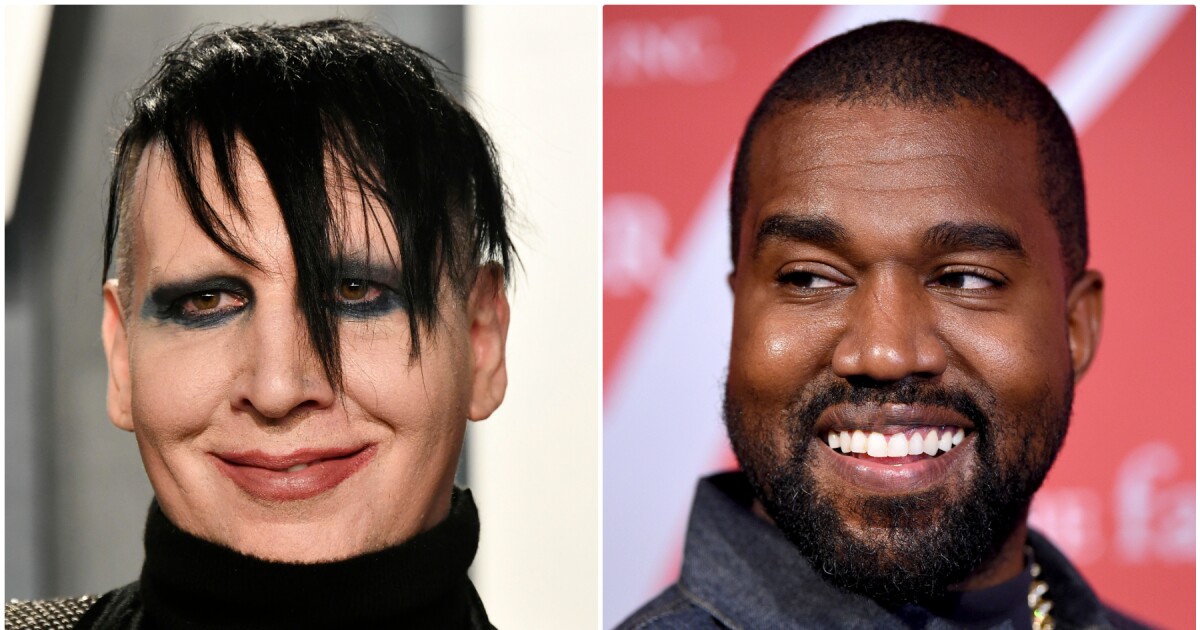 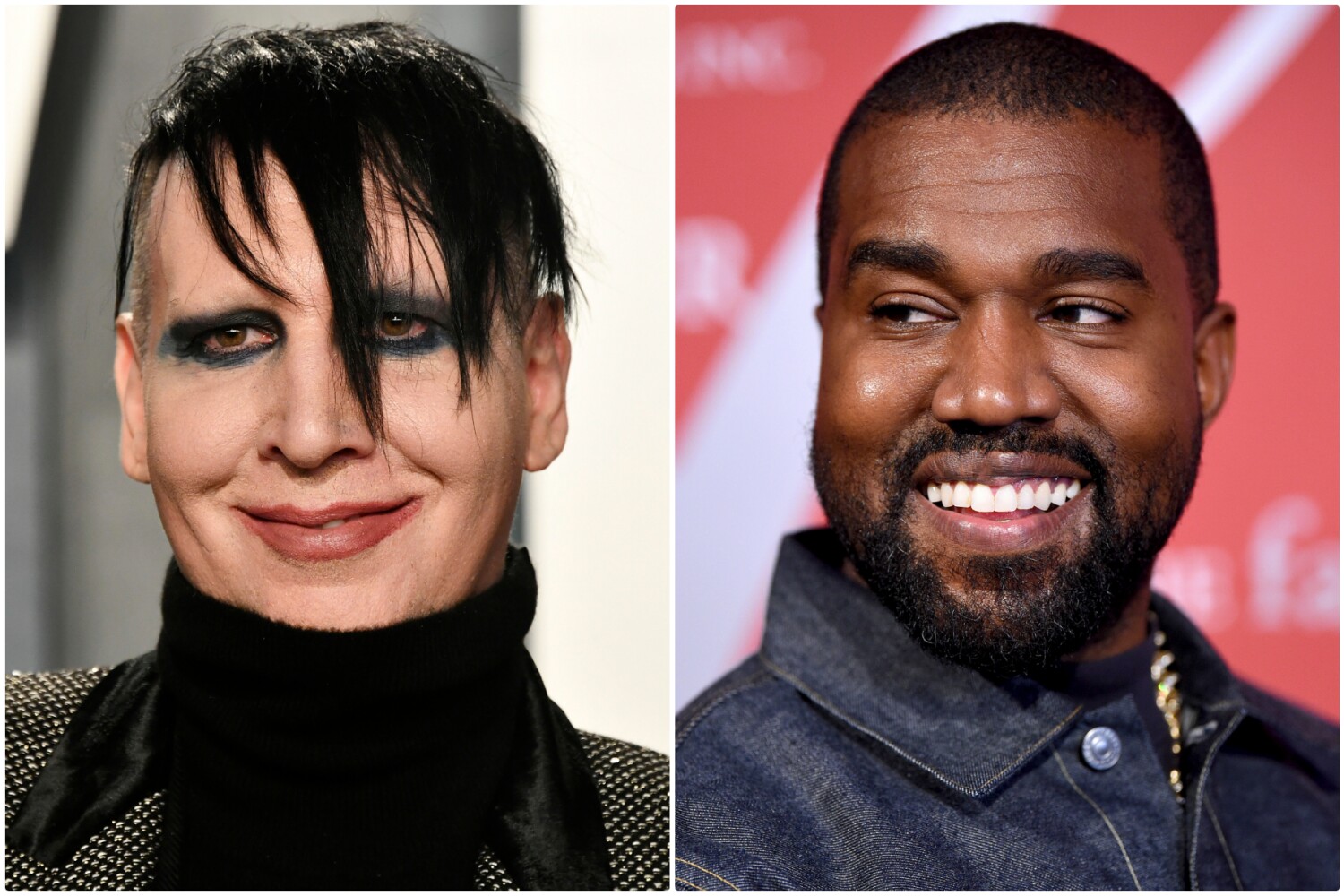 At the latest playback event for his forthcoming album “Donda,” at Chicago’s Soldier Field on Thursday, Kanye West took the redemption arc of his latest record in a dark direction when he brought out two artists whose careers and reputations are in tatters: Marilyn Manson and DaBaby.

West posed with the disgraced shock-rocker and the embattled rapper on a set replicating West’s childhood home during Thursday’s listening event, livestreamed on Apple Music.

At least four women have filed lawsuits against Manson accusing him of sexual assault or other misconduct. After his former girlfriend, actor Evan Rachel Wood, accused Manson of assault and abuse in February, several former partners and colleagues have come forward to levy claims in lawsuits ranging from rape to physical abuse and human trafficking.

DaBaby was dropped from the lineups of multiple festivals after he made homophobic remarks from the stage of Rolling Loud Miami on July 25, and then doubled-down on those remarks in subsequent weeks after facing criticism on social media.

While Manson did not sing at the event, DaBaby performed a verse on a track that previously featured a much-touted cameo from onetime friend and mentor Jay-Z.

The co-sign by West of Manson and DaBaby seemed intended as a defiant retort to the backlash against those artists, and to so-called cancel culture. West himself was the subject of much public scorn when he wore a MAGA hat in 2018 and declared his affection for former President Donald Trump, going so far as to pose for photographs with Trump in the Oval Office.

The 44-year-old rapper has spent weeks publicly revising and expanding “Donda,” with no actual album released yet. West first debuted the album in late July during a listening event at Atlanta’s Mercedes-Benz Stadium, and subsequent events in Atlanta and in his hometown of Chicago revealed guests both added and excised, and the track listing modified.

Thursday’s event concluded with Kanye seemingly setting himself on fire and walking off hand-in-hand with Kim Kardashian, who was clad in a wedding dress (the two are currently in the midst of divorce proceedings).

On Tuesday, West filed court papers in L.A. to legally change his full name to Ye, with no middle or last name.

“Donda” is now scheduled for a Sept. 3 release. That date, it should go without saying, is subject to change.

Loading...
Denial of responsibility! TechiLive.in is an automatic aggregator around the global media. All the content are available free on Internet. We have just arranged it in one platform for educational purpose only. In each content, the hyperlink to the primary source is specified. All trademarks belong to their rightful owners, all materials to their authors. If you are the owner of the content and do not want us to publish your materials on our website, please contact us by email – [email protected]. The content will be deleted within 24 hours.
abuserAllegedBringsDondaentertainment newsEntertainment updateeventKanye
Share

Delta Cutting ‘Like a Buzzsaw’ Through Oregon-California Border Counties