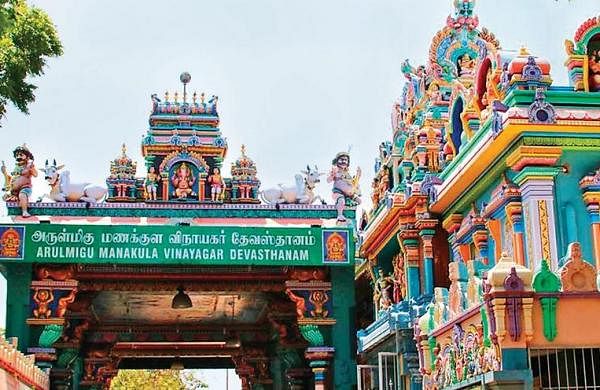 Ganesha and his Nonpareil abodes

Myths and stories help us feel good about ourselves. They satisfy our need to imagine a meaning to our lives. More so, if they are attached to places of worship, as they provide us with a place to retreat. No wonder then that the uniqueness of some shrines draws believers in droves. The Indian subcontinent is studded with unusual shrines dedicated to our deities. Of them, temples dedicated to Ganesha, the lord of auspicious beginnings, are hugely popular.

Sitting in parmasana, decked up in eight kilos of gold jewellery, it’s difficult to miss the friendly countenance of the lovable lord in this iconic temple. The shrine was built by Dagduseth, a well-known halwai or sweet shop owner in 1896, in memory of his son whom he lost to the plague. Locals say that Dagduseth built the temple and installed the idols of Ganapati and Dutta Maharaj on the advice of his spiritual master; he took care of them like his sons. In return, the trader was promised protection of not only his family, but also Puneites.

It is said that freedom fighter and social reformer Lokmanya Bal Gangadhar Tilak gave a call to start celebrating Ganesh Chaturthi as a public festival from the precincts of Dagduseth Ganapati Mandir. The idea was to hold public meetings disguised as devotees and hoodwink British officials from arresting freedom fighters. The first community Ganesh Chaturthi was held here. Mass Ganesh Chaturthi celebration gained popularity, and over time, the practice shifted to Mumbai, and we all know how the potbellied god gets drowned in the devotion and love of Mumbaikars every year.

At this temple that dates back to 1666, Ganesha had his tryst with the French, when they ruled here. It is believed that his idol was flung into the sea several times, but would reappear at the same place the next morning. The temple is named after a pond, in the temple, which, because of its proximity to the sea, used to get filled with sand. The temple has rows of various forms of Ganesha lining its ceiling. Mother Mira of Aurobindo Ashram is said to have had several visions of the Manakula Vinayaka, and ashram residents believe that it’s Ganesha’s grace that helped raise money to build the ashram.

One unique shrine that draws big following is the Guddattu Vinayaka Temple in Udupi district. Here, Ganesha prefers to stay under water. The self-manifested murti, which is said to be over 1,000 years old, is always immersed in water. Why? Legend has it that once, Ganesha consumed excess honey, which caused a burning sensation in his body. To alleviate the pain, his father Shiva instructed him to stay in the pool of water adjacent to the rock where the temple is built. Every morning here, 1,000 pots of water, drawn from the nearby well, is used to perform the ritual bathing of Ganesha. The temple is so popular that people book for ritualistic sevas months in advance. 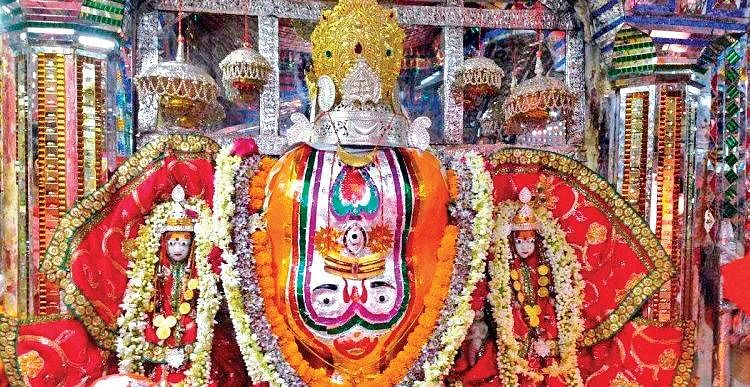 Trinetra Ganesh Mandir, Rajasthan
This temple atop the Ranthambore Fort in Sawai Madhopur has an interesting story, albeit a modern one. The three-eyed god in a slab of bright orange receives kilos of mail by post from all over the world. The mails are mostly wedding invitations from families seeking his blessings. Legend has it that the first invitation to be sent here was that of Krishna and Rukmini’s marriage. Recycled papers made from the accumulated wedding cards are used to distribute prasadam.

There is a mysterious shrine located atop a hill in the middle of a dense forest in the Dantewada district. At a height of 3,000 ft above sea level, the centuries-old statue here was discovered by an archaeologist in 2012. According to local legends, a fight ensued between Ganesha and Sage Parashurama. Though no one knows who won the battle, the kings of Chindak Nagvanshi dynasty installed a stone idol of Ganesha at the hilltop in the 11th century. It takes about 16 hours of trekking through the dense forest to reach the shrine and return. Despite the difficult trek, an annual fair held here in the month of Magh (January-February) is popular and draws huge crowd.

Voltaire said of God that if he did not exist, it would have been necessary to invent him. The same holds true of belief in mythology and the otherworldly. They provide an alternative, an escape and hope for mankind to deal with material problems.

At this temple in Keralapuram in Kanyakumari district, Ganesha changes colour from black to white once every six months. During Uttarayan (March-June), the murti is black in colour, and in Dakshinayana (July-Feb) it turns white. Correspondingly, the water in the temple pond also changes colour. No one is able to explain the phenomenon, but the miracle continues to hold people in awe.
The supernatural and related mysteriousness have always attracted mankind. Perhaps we have a genetic predisposition toward such beliefs. And if shrines have mysterious origins and interesting historical events to back them, people automatically get drawn to them.

Denial of responsibility! TechiLive.in is an automatic aggregator around the global media. All the content are available free on Internet. We have just arranged it in one platform for educational purpose only. In each content, the hyperlink to the primary source is specified. All trademarks belong to their rightful owners, all materials to their authors. If you are the owner of the content and do not want us to publish your materials on our website, please contact us by email – [email protected]. The content will be deleted within 24 hours.
abodesganeshalifestyle newslifestyle updateLord Ganeshanews updateNonpareiltechi live
Share