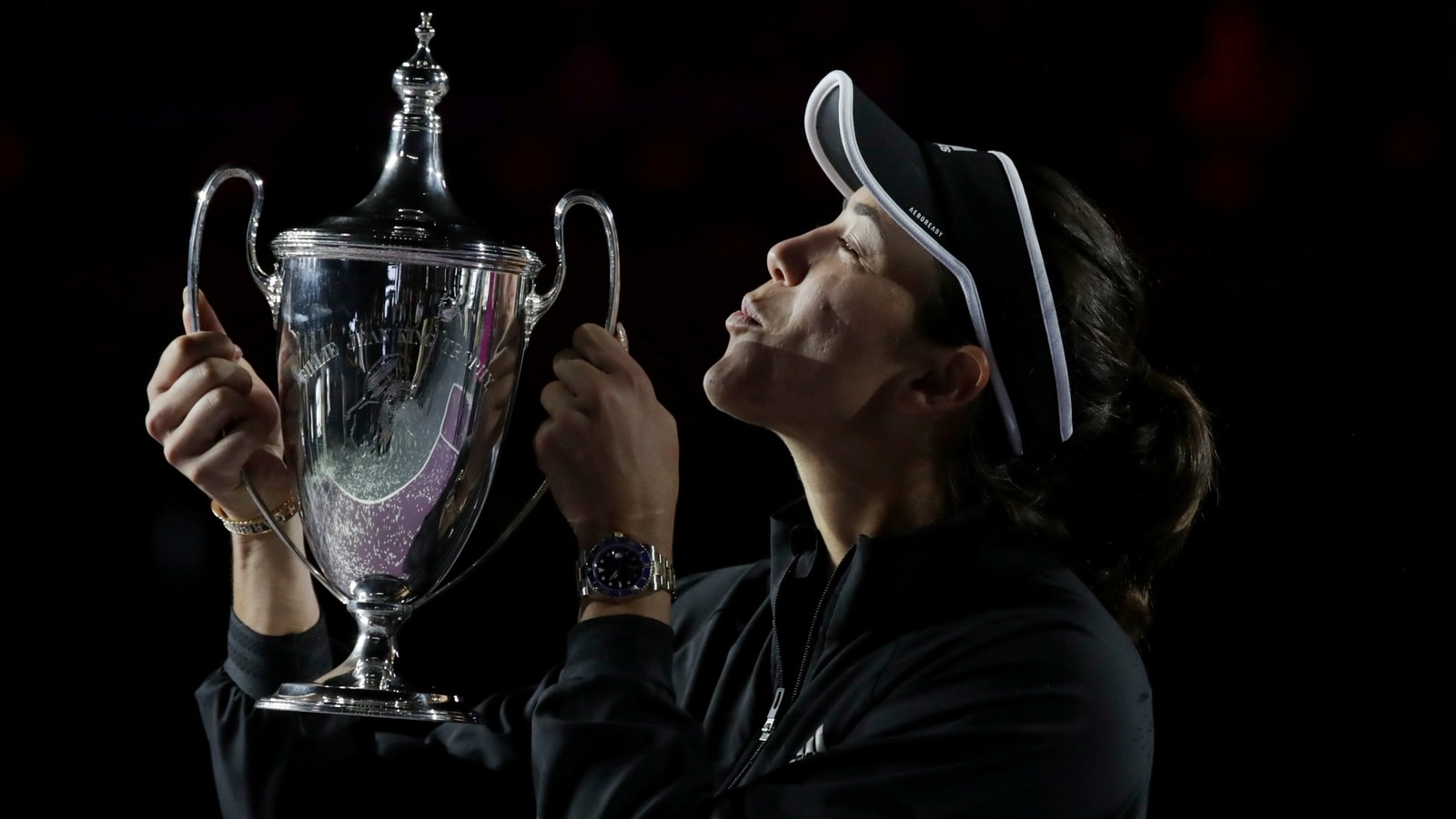 After trading breaks early in the match, the sixth seed chipped away at Kontaveit’s defences to convert on break point in the seventh game, as the Estonian put up four double faults throughout the first set, got roughly half of her first serves in and struggled with errors.

Playing in the biggest match of her career, Kontaveit regained her composure in the second set, converting on break point in the seventh game.

But she could not retain the momentum as the two-time Grand Slam winner refused to give in, firing off a mighty forehand winner in the 10th game to level the score and keep the set going.

Muguruza, who won nearly 70 per cent of her first-serve points across the entire match, again broke Kontaveit’s serve to clinch the affair, crumpling to the court with her hands over her face before greeting her opponent for a hug at the net.

“I remember when (WTA CEO Steve Simon) and I were in the US Open and he told me that Guadalajara could be a possibility for the Finals and I was like ‘Oh my God, I have to make it,’ and look now, we’re here,” said Muguruza, before hoisting the Billie Jean King Trophy in front of an adoring crowd.

“For me it was a dream come true to play here.”

It was Muguruza’s fourth appearance at the season-ending finals and her first in the championship match. Her win gave Spain its first-ever WTA Finals title and will see her end the year as the world number three when the rankings are updated on Monday.

She won in Chicago last month and defeated Czech Barbora Krejcikova in March’s Dubai final for her biggest title since picking up her second major title at Wimbledon in 2017.

“This is just another proof that I think I’m actually in the best moment of my career,” Muguruza said, adding that she will be celebrating with some Tequilla.

“The experience I have now, the tennis, the way I handle myself, I think it’s actually much better than before.”

Krejcikova and her Czech partner Katerina Siniakova remained undefeated at Guadalajara, the top seeds taking down Hsieh Su-wei of Taiwan and Elise Mertens of Belgium 6-3 6-4 in the final to win the doubles title.

Denial of responsibility! TechiLive.in is an automatic aggregator around the global media. All the content are available free on Internet. We have just arranged it in one platform for educational purpose only. In each content, the hyperlink to the primary source is specified. All trademarks belong to their rightful owners, all materials to their authors. If you are the owner of the content and do not want us to publish your materials on our website, please contact us by email – [email protected]. The content will be deleted within 24 hours.
AnettAnett KontaveitDefeatsfinalsGarbineGarbiñe MuguruzaGarbine Muguruza WTA finals titleKontaveit
Share