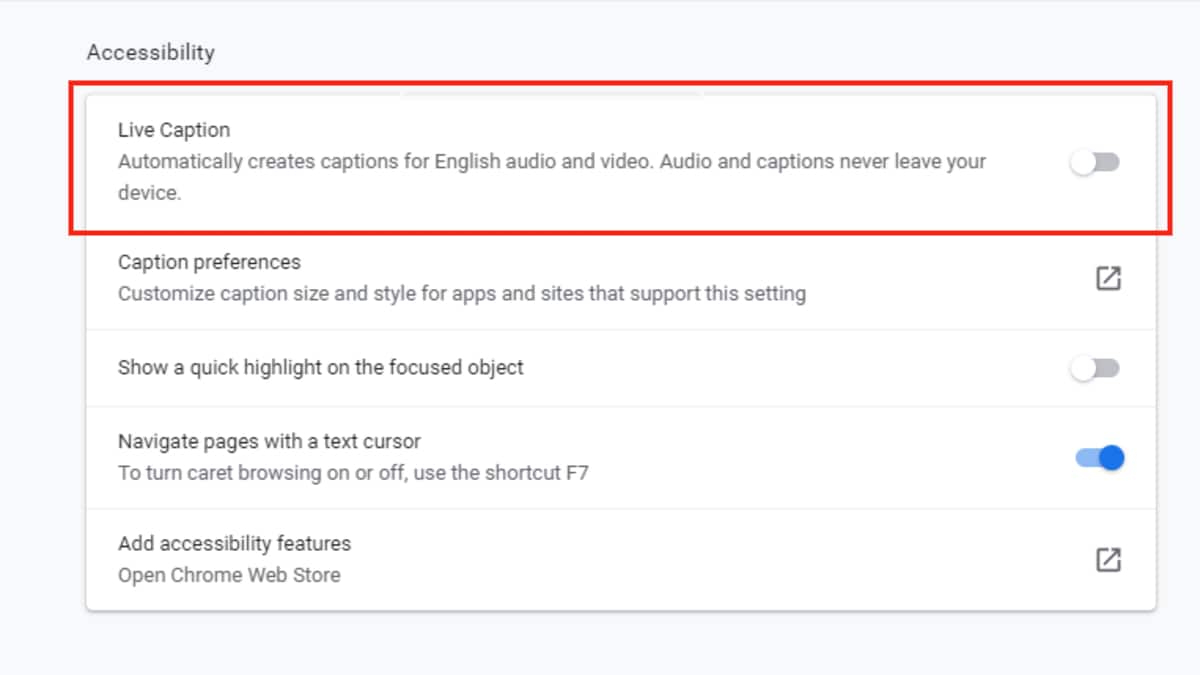 Google’s Live Caption feature, that was initially exclusive to Pixel 4 smartphones, is now rolling out for Google Chrome 89 on desktop. The feature was later rolled out to Pixel 3, Pixel 3a and non-Pixel smartphones. However, it remained exclusive to handsets running on Android 10 or above. Live Caption automatically displays the captions of the media playing on your smartphone, and the update has now expanded its scope on the desktop app. Live Caption is only available for English language as of now.

Google’s Live Captions feature is helpful in noisy situations where you cannot listen to the audio clearly, or at night when you have to keep the volume of your laptop at lower levels. It’s a handy tool for those who are hard of hearing, or when you have problems in understanding the accent of the person speaking in a video. The first development in this regard was spotted in a code carried out on Chromium Gerrit. Its description hinted at the arrival of Live Captions feature on Chrome 89.

Live Caption for English language was previously available on the Google Pixel 3, Pixel 3a, and Pixel 4, but recently the feature was rolled out to OnePlus 7T and OnePlus 7T Pro.


Sourabh Kulesh is a Chief Sub Editor at Gadgets 360. He has worked in a national daily newspaper, a news agency, a magazine and now writing technology news online. He has knowledge on a wide gamut of topics related to cybersecurity, enterprise and consumer technology. Write to [email protected] or get in touch on Twitter through his handle @KuleshSourabh.
More

TikTok Group Chat Feature Said to Be Introduced This Year

Snyder Cut to Release an Hour Earlier in India, as We Expected