Notice: amp_is_available was called incorrectly. `amp_is_available()` (or `amp_is_request()`, formerly `is_amp_endpoint()`) was called too early and so it will not work properly. WordPress is currently doing the `pre_get_posts` hook. Calling this function before the `wp` action means it will not have access to `WP_Query` and the queried object to determine if it is an AMP response, thus neither the `amp_skip_post()` filter nor the AMP enabled toggle will be considered. It appears the theme with slug `publisher` is responsible; please contact the author. Please see Debugging in WordPress for more information. (This message was added in version 2.0.0.) in /home/runcloud/webapps/techilive/wp-includes/functions.php on line 5313
 Google leads US tech giants' effort to support work authorisation for spouses of H-1B visa holders - TechiLive.in 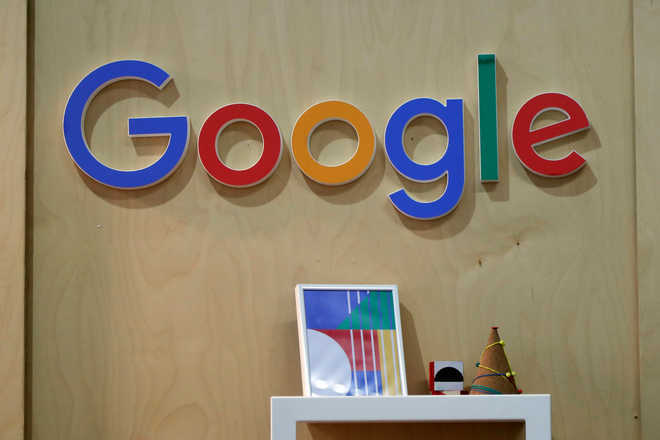 Google is leading a determined effort by US tech giants to support a programme that gives work authorisation for spouses of those possessing H-1B foreign work visas, the most sought after among Indian IT professionals.

Goggle is joined by 30 other companies to support the H-4 EAD ((Employment Authorisation Document) programme.

An H-4 visa is issued by the US Citizenship and Immigration Services (USCIS) to immediate family members (spouse and children under 21 years of age) of the H-1B visa holders.

The H-1B visa is a non-immigrant visa that allows US companies to employ foreign workers in speciality occupations that require theoretical or technical expertise. Technology companies depend on it to hire tens of thousands of employees each year from countries like India and China.

“Google is proud to support our nation’s immigrants. We joined 30 other companies to protect the H-4 EAD programme which spurs innovation, creates jobs and opportunities, and helps families,” Google CEO Sundar Pichai tweeted.

Google on Friday filed a legal brief in a lawsuit called Save Jobs USA vs US Department of Homeland Security.

“To support this important programme, we are leading an amicus brief with over 40 companies and organisations to preserve and protect the H-4 EAD programme,” Catherine Lacavera, Vice President, Legal, Google, said in a blog post.

“This builds on an amicus brief we recently joined in support of a lawsuit filed by the American Immigration Lawyers Association to expedite the delayed processing time of H-4 work authorisations,” she said.

“Today we led a business coalition filing on behalf of 30 companies to preserve and protect the programme,” Walker said.

“It doesn’t make sense to welcome a person to the US to work but to make it harder for their spouse to work. That hurts their family and hurts our economy now and in the future,” he added.

The plaintiff is Save Jobs USA, a group of computer workers formerly employed by Southern California Edison and “replaced by foreign workers imported on H-1B guest worker visas.

Save Jobs USA filed the lawsuit in 2015. It was delayed as former president Donald Trump’s administration considered rescinding the H-4 work rule.

A week after his inauguration on January 20, US President Joe Biden withdrew a Trump-era rule rescinding work authorisation for H-4 visa holders.

Now, both the plaintiffs and the Biden administration are seeking summary judgment.

“Invalidation of this rule would result in these talented individuals being barred from the workplace, forcibly severing tens of thousands of employment relationships across the country,” it said.

The results would be utterly destructive for the families impacted; by just one measure, about 87 per cent of these families have made crucial life decisions on the promise of H-4 employment, including whether to have a child and whether to buy a house, it said. — PTI

Denial of responsibility! TechiLive.in is an automatic aggregator around the global media. All the content are available free on Internet. We have just arranged it in one platform for educational purpose only. In each content, the hyperlink to the primary source is specified. All trademarks belong to their rightful owners, all materials to their authors. If you are the owner of the content and do not want us to publish your materials on our website, please contact us by email – admin@techilive.in. The content will be deleted within 24 hours.
authorisationEffortgadget updateGiantsGoogleH1BholdersLeads
0
Share

Sputnik roll out begins, to cost ₹995 per dose