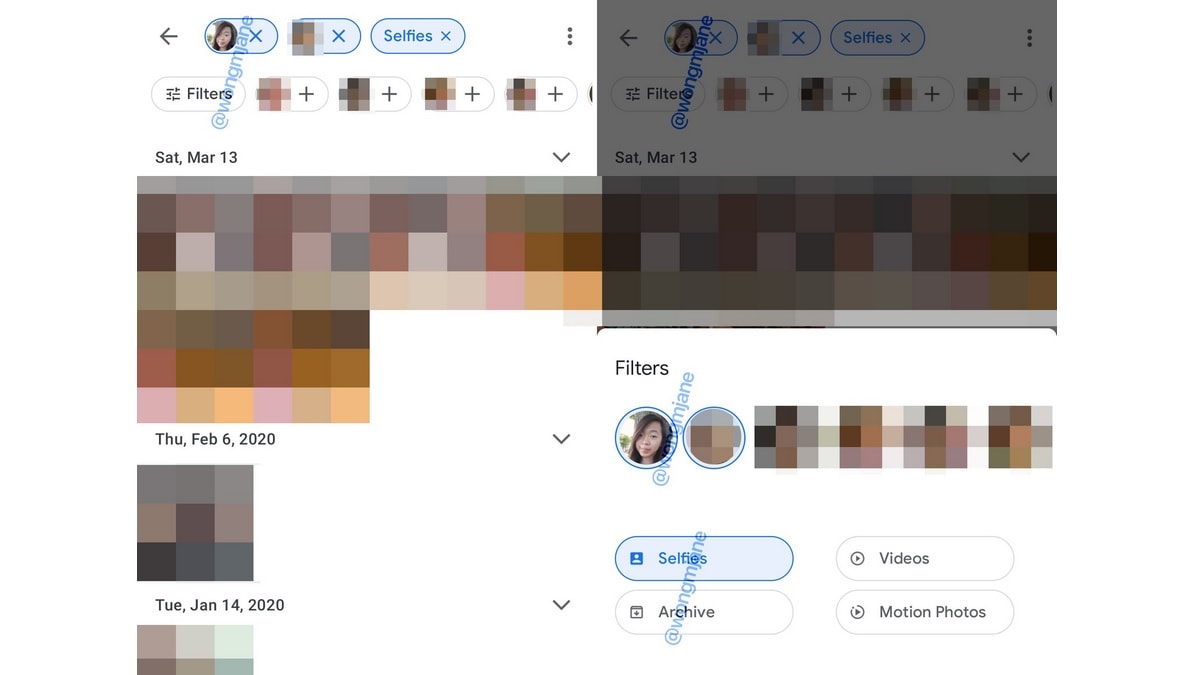 Google Photos Could Get ‘Filter’ Option for Easy Gallery Searches

Google Photos may soon make it easier to sort through your photo gallery. A well-known app reverse engineer has spotted a ‘Filter’ button in what appears to be the Android version of Google Photos. It essentially gives you more filter options while searching through Google Photos. You can club these options together for a more refined search. As of now, Google has not shared any information on this feature and it is unclear when it will make its way to the app for the general public.

Jane Manchun Wong, known for finding features in apps by reverse engineering their code tweeted about her latest discovery on Wednesday. There is a work-in-progress search refinement feature in Android’s Google Photos app comes with a new Filters button that can be seen below the search bar. There are options for selfies, videos, archive, and motion photos as well. There are also suggestions next to the button.

This feature is currently being tested, as pointed out by Wong. It is unclear if and when it will show up in the app for the general public.

Google Photos already allows for searching with filters like selfies, videos, screenshots, motion photos, PhotoScan, and 360 photos and videos in the categories section. However, this new Filter button will make these categories more accessible and widely known.

Recently, Google added some new features to Google Photos on Android and on desktop. The Android app now has video editing tools that allow you to crop, add filters, colour grade, adjust contrast, saturation, and brightness. The web client for Google Photos got Google Lens feature.

Back in November of 2020, Google announced it will be ending Google Photos’ free unlimited storage benefit and will start charging for the storage space over the 15GB quota. The new change will come into effect on June 1, 2021. Google additionally introduced a policy to delete data from inactive accounts that have not been signed in for at least two years.