Notice: amp_is_available was called incorrectly. `amp_is_available()` (or `amp_is_request()`, formerly `is_amp_endpoint()`) was called too early and so it will not work properly. WordPress is currently doing the `pre_get_posts` hook. Calling this function before the `wp` action means it will not have access to `WP_Query` and the queried object to determine if it is an AMP response, thus neither the `amp_skip_post()` filter nor the AMP enabled toggle will be considered. It appears the theme with slug `publisher` is responsible; please contact the author. Please see Debugging in WordPress for more information. (This message was added in version 2.0.0.) in /home/runcloud/webapps/techilive/wp-includes/functions.php on line 5313
 Google Pixel Buds A-Series Accidentally Revealed Ahead of Launch - TechiLive.in 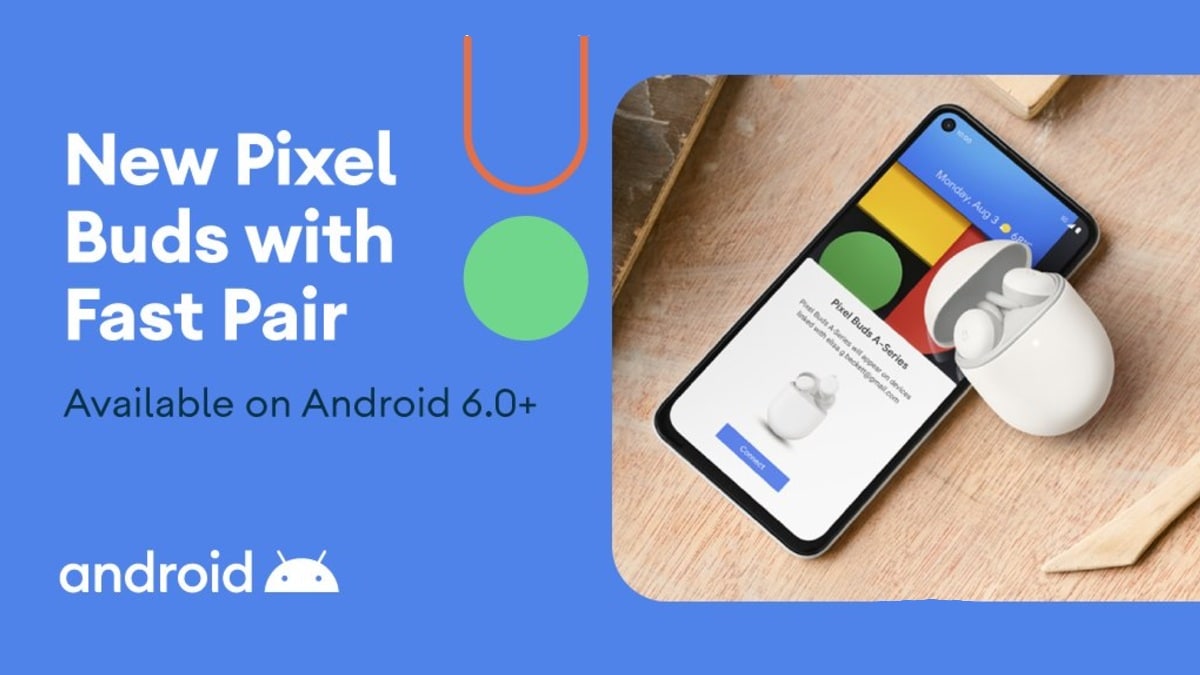 Google Pixel Buds A-Series true wireless stereo (TWS) earphones have once again surfaced on the Internet, this time in a tweet by a company official account, as per a report. The tweet, which is now deleted, showed that the Pixel Buds A-Series have a similar design as the Pixel Buds which are currently available in the US. The earbuds were previously spotted in an email containing a promotional slide of Nest products, and also surfaced on the US Federal Communications Commission (FCC) website.

As per the tweet (archived) by Android, the account that Google uses to promote new features in the Android operating system or Google services, the “Pixel Buds A-Series” offers Fast Pair technology for quick Bluetooth pairing. The tweet, spotted by XDA Developers, also highlighted that these earphones will be compatible with all Android smartphones running on Android 6.0 and above.

As mentioned, this is not the first time that these affordable earphones have been leaked on the Internet. The most recent development in this regard was earlier this month when Google Nest users reportedly received an email in which a promotional slide showcased various Nest products as well as a small image of TWS earphones having dark green elements. Google already offers Pixel Buds in a Quite Mint colour option in the US, but it has Black accents. The green in these earphones – now pretty much confirmed to be the Pixel A-Series – is much darker than the Quite Mint Pixel Buds.

Additionally, two TWS earphones with model numbers GPQY2 and G7YPJ, believed to be of Google Pixel Buds A-Series, were spotted on the FCC website (via 9to5Google). The listing says that the device is equipped with Bluetooth v5.2 and measures 27x20x15 mm, which is similar to the Pixel Buds available in the US.

Is Mi 11X the best phone under Rs. 35,000? We discussed this on Orbital, the Gadgets 360 podcast. Later (starting at 23:50), we jump over to the Marvel series The Falcon and the Winter Soldier. Orbital is available on Apple Podcasts, Google Podcasts, Spotify, Amazon Music and wherever you get your podcasts.
Affiliate links may be automatically generated – see our ethics statement for details.


Sourabh Kulesh is a Chief Sub Editor at Gadgets 360. He has worked in a national daily newspaper, a news agency, a magazine and now writing technology news online. He has knowledge on a wide gamut of topics related to cybersecurity, enterprise and consumer technology. Write to sourabhk@ndtv.com or get in touch on Twitter through his handle @KuleshSourabh.
More
Loading...