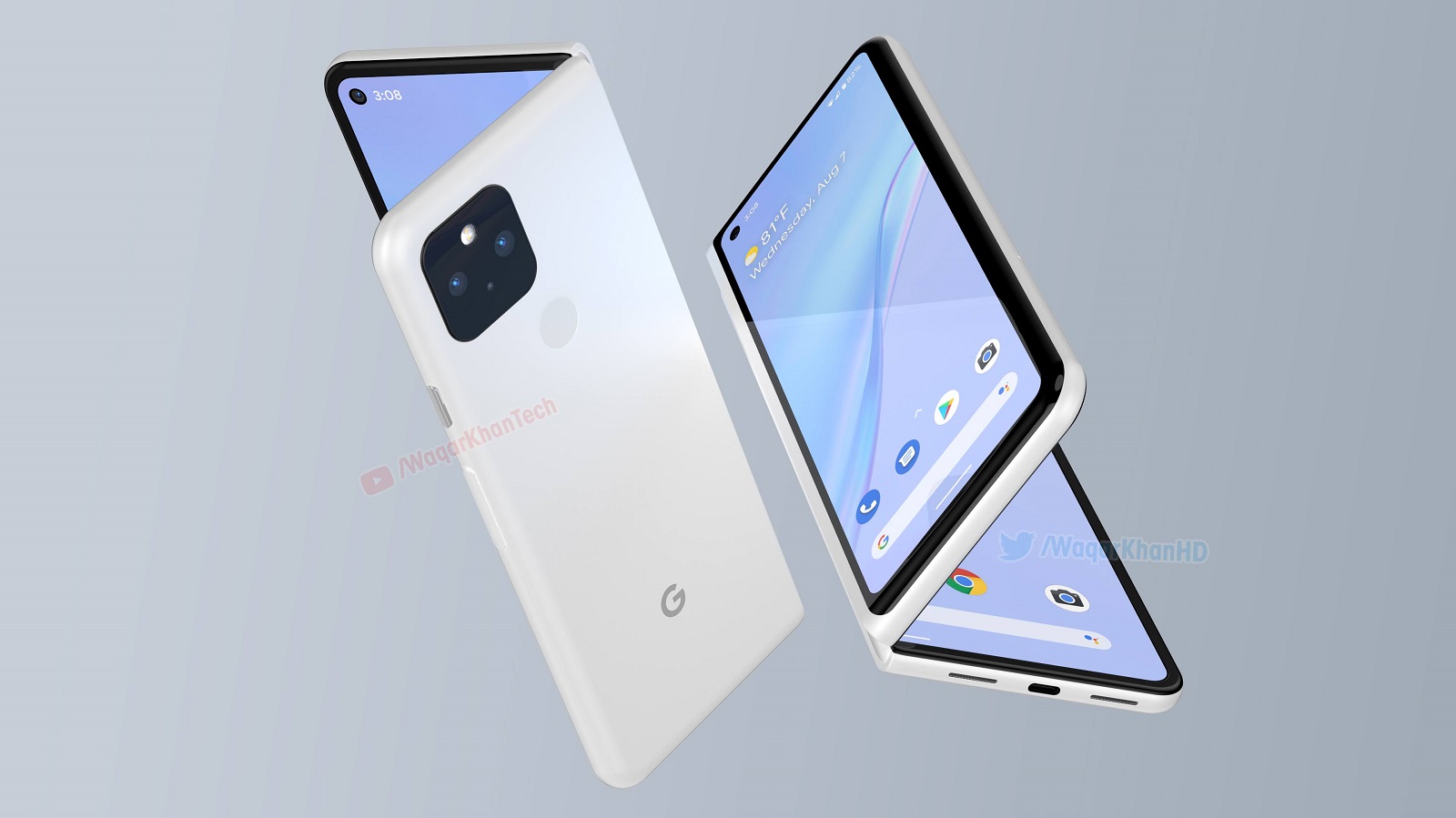 Sooner or later, every single smartphone vendor is going to jump on the foldable phone fad. Whether or not foldable phones are still a going concern in two or three years remains to be seen, but for now, everyone is giving the unique form factor a go. Within the next year or two, we even expect to see a foldable iPhone, but based on recent rumors, there’s a chance that Google could beat Apple to the punch with its own Pixel Fold.

Late last month, rumors of a foldable phone designed by Google began popping up online. First up, a report from the Korean publication The Elec indicated that Google was one of several companies that were planning to buy foldable OLED panels from Samsung. Now, thanks to designer Waqar Khan, we have an early theoretical glimpse at what a foldable Pixel might look like, even if we’re still months or years out from an announcement.

In his latest concept video, Waqar Khan took the design of the Pixel 5 and extrapolated it to create a believable “Pixel Fold” design. From behind, it looks virtually identical to the Pixel 5, but it has a slimmer display on the front and opens up just like the Samsung Galaxy Fold. Considering that Google is reportedly buying OLED panels from Samsung, this doesn’t seem like much of a stretch. You can see the concept in action in the video below:

Not long after the report from Korea began making the rounds, prolific Apple leaker Jon Prosser tweeted out a rather direct confirmation, noting that “the Google Pixel Fold is a real thing.” He added that it will come out late this year or early next year, which means it might launch alongside the Pixel 6 or even take its place.

We don’t know too much about Google’s foldable phone, but The Elec did report that Google has asked Samsung to develop a 7.6-inch foldable display. That’s the same size as the display inside the Galaxy Z Fold 2, which was better received than its predecessor. Google could definitely use a win after a series of underwhelming flagship releases, culminating in the Pixel 5, which didn’t even attempt to compete with other top flagships.