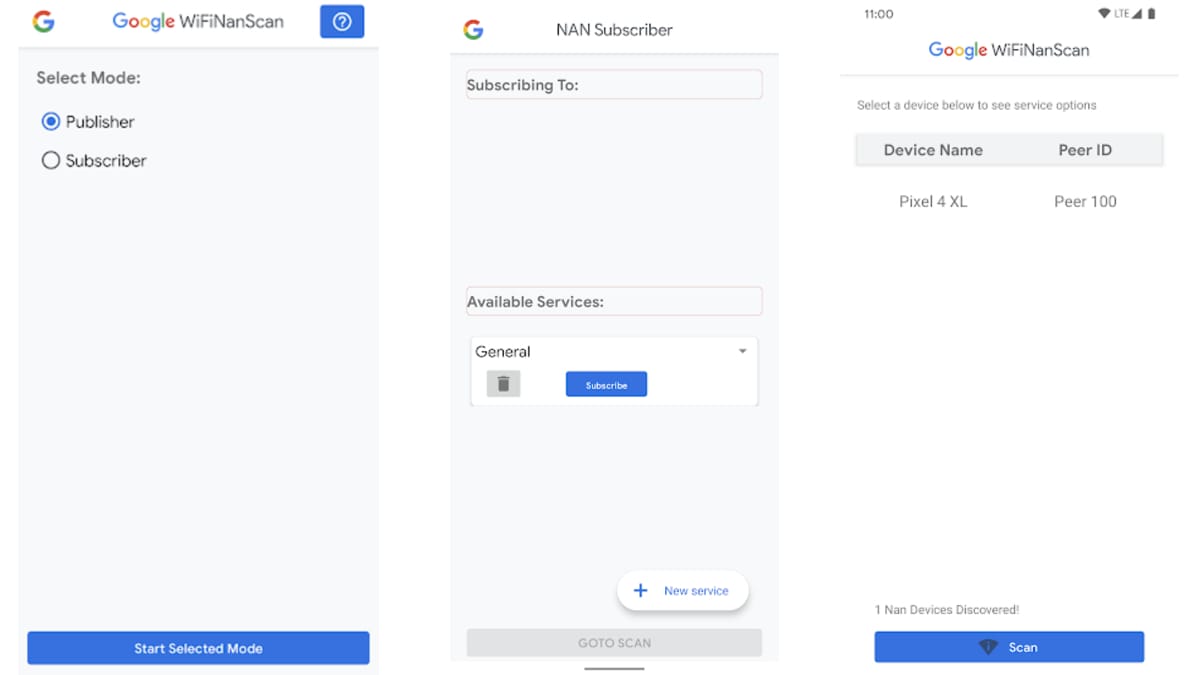 Google has launched a new WifiNanScan app for developers on the Google Play store. This app measures distance between two smartphones using the Wi-Fi Aware protocol. Wi-Fi Aware is also known as Neighbor Awareness Networking (NAN). This protocol allows all devices running Android 8.0 and above to “discover and connect directly to each other without any other type of connectivity between them”. The WifiNanScan app is designed as a research, demonstration, and testing tool for developers, vendors, universities, and more. It lets you use NAN to know the distance between two devices.

The tech giant has releasedd the new WifiNanScan app on the Google Play store for developers, vendors, and university researchers to experiment with the Wi-Fi Aware protocol that helps two devices in proximity to connect with each other without the need for an Internet connection.

“With this app it is possible to obtain a distance measurement with a precision of about one metre with phones up to 15 metres apart. Developers, OEMs, and researchers can use this tool to validate distance/range measurements enabling the development of peer-to-peer ranging and data transfer, find my phone and context-aware applications based on the WiFi Aware/ NAN API,” Google says in its description. This app was first spotted by 9to5Google.

Wi-Fi Aware network connections support higher throughput rates across longer distances than Bluetooth connections. These types of connections are useful for apps that share large amounts of data between users, such as photo-sharing apps. Developers can use this technology in their apps to find nearby devices and users. The new WifiNanScan app is listed as a free download on the Google Play store under the Tools category.

This sits together with the WifiRttScan app released by Google over two years ago. This app can determine indoor location with an accuracy ranging from 1-2 metres using compatible WiFi-RTT access points. This is meant to be used for indoor locations where GPS is more or less useless.

Facebook Says It Took Down 1.3 Billion Fake Accounts in October-December