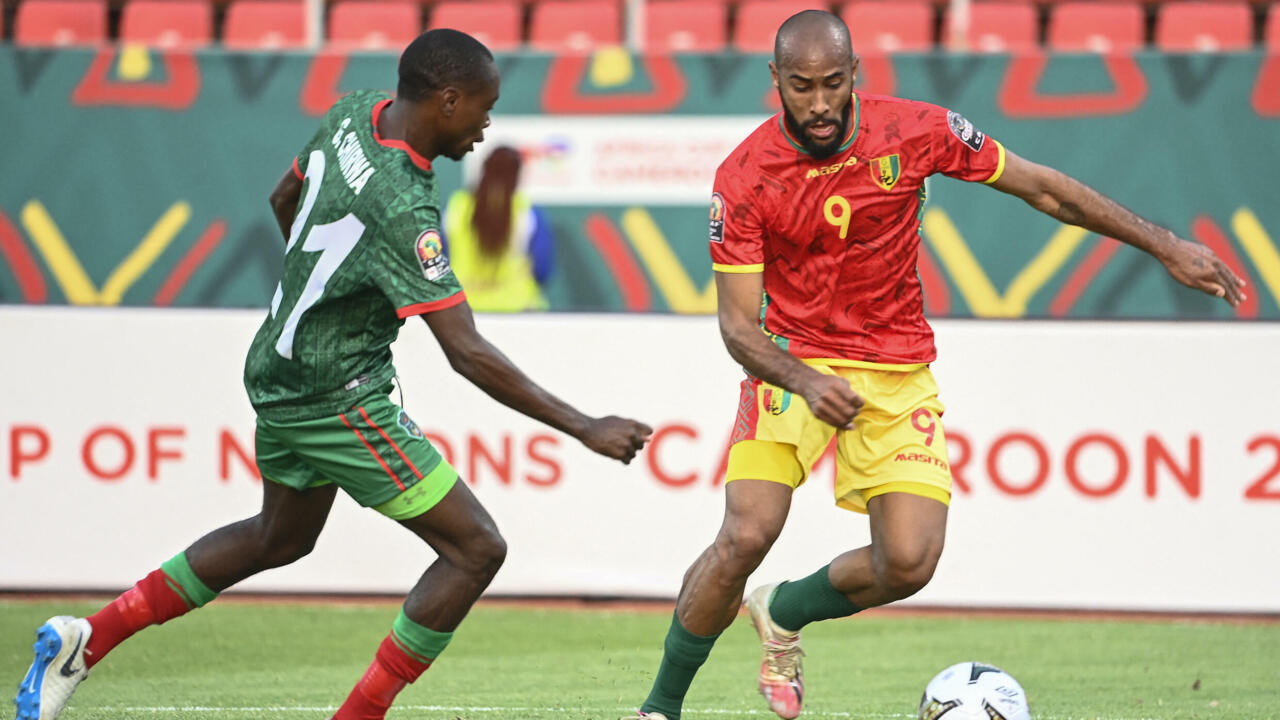 Guinea left-back Issiaga Sylla scored a first-half goal to steer his side to a fortunate 1-0 victory over depleted Malawi in an entertaining Africa Cup of Nations Group B clash at the Kouekong Stadium in Bafoussam on Monday.

Malawi, making a third appearance at the finals and first since 2010, had 13 members of their squad unavailable following a Covid-19 outbreak in their camp, which meant they could only name four players on the bench that included two goalkeepers.

But they missed numerous chances to claim something from the game and were left to rue their profligacy after 35 minutes when Guinea forward Jose Kante teased their defence before sliding a perfect pass for Sylla to score from close range.

Guinea moved level with Senegal at the top of the group after the latter beat Zimbabwe 1-0 in their opener thanks to a 97th minute Sadio Mane penalty earlier on Monday. The top two will meet in their second pool game at the same venue on Friday.

Malawi had the lion’s share of the chances but needed cooler heads in the box, though they also found Guinea goalkeeper Aly Keita in inspired form.

Most wasteful for them was striker Yamikani Chester, who twice found himself one-on-one with Keita.

The best of his chances came after 16 minutes when Mohamed Ali Camara’s poor pass in defence was intercepted by Chester, who had a clear run on goal.

But he panicked and pulled the trigger too early and without much power, allowing a comfortable save for the keeper.

Malawi’s Peter Banda was also denied when his curling shot seemed destined for the top corner, before Keita clawed it away with a remarkable stop.

Guinea had other chances too, even if it took them a while to get out of first gear. Their first sight of goal came midway through the first half as Ibrahima Sory Conte’s header from a corner crashed against the post.

But Sylla’s gamble to roar into the box when Kante had the ball out wide proved the decisive moment as he was presented with a simple chance to slip his shot past keeper Ernest Kakhobwe from close range to net his third international goal.

Denial of responsibility! TechiLive.in is an automatic aggregator around the global media. All the content are available free on Internet. We have just arranged it in one platform for educational purpose only. In each content, the hyperlink to the primary source is specified. All trademarks belong to their rightful owners, all materials to their authors. If you are the owner of the content and do not want us to publish your materials on our website, please contact us by email – [email protected]. The content will be deleted within 24 hours.
Africa Cup of NationsCoviddiminishedfootballGuineaGuinea-Bissaumalawinews update
Share

What is Wordle? How to play the game that’s taking over your social media timeline