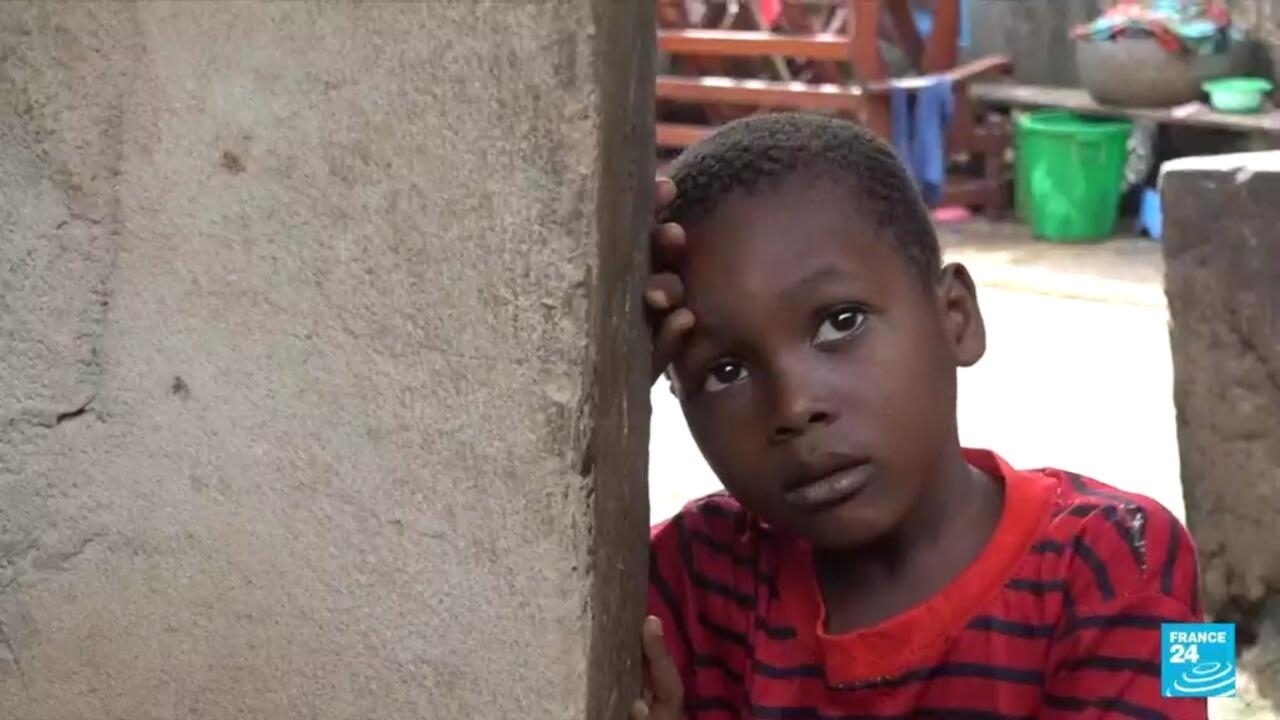 Guinea’s military junta is holding talks with political stakeholders this week in a bid to form a transitional government following the September 5 coup, which ousted strongman Alpha Condé. But in the impoverished Bonfi neighbourhood of the capital, Conakry, the struggle to make ends meet has not changed for over six decades. FRANCE 24 reports from Conakry.

Guinea’s military junta is holding talks this week in a bid to form a transitional government following the September 5 coup, which ousted strongman Alpha Condé. But in the impoverished Bonfi neighbourhood of the capital, Conakry, the struggle to make ends meet has not changed, no matter who occupies the presidential palace.

Aboubacar Keita, 28, shares his home in Conakry’s impoverished Bonfi neighbourhood, with three generations of the Keita clan. The house where the young father is bringing up his children has no running water and times are hard for the security guard who earns the equivalent of 70 euros a month.

“Lalalalalala! It’s just too tough,” exclaims Keita. “There are days where some family members can’t even afford breakfast and have to go all day on an empty stomach.”

Schools in Conakry are due to reopen in three weeks as the impoverished West African nation confronts yet another political crisis. This time, the ouster of Condé in a military coup led by  Lieutenant-Colonel Mamady Doumbouya.

But the Keita family has chosen food over education. “Our children don’t go to school because we can’t afford to buy books and stationery. Private schools are too expensive. We have had to stop sending the kids to school because we have no money,” explains Mbalia Sylla.

The UN on Monday called for a return to civilian rule in a “reasonable timeframe” in Guinea.

Mahamat Saleh Annadif, the UN special representative for West Africa and the Sahel, declined to set a specific timeframe.

“We have said: we want a reasonable duration, but the reasonable duration depends on the Guineans themselves,” he said during a one-day visit to Conakry, adding that the UN had condemned the coup and called for the release of Conde.

Doumbouya is holding talks this week in a bid to form a transitional government following Guinea’s suspension from the African Union (AU) and the regional Economic Community of West African States (ECOWAS) in the wake of the coup.

Abdoulaye, the family elder, has seen it all before. The retired railway worker has lived through all the political regimes since Guinea gained independence from France in 1958. Life today is tougher now than ever before, he maintains. “To us, the most important is to see life improve for Guineans, so that everyone can earn their bread and butter, that’s what we want,” he explains. “It’s been bad with all those who have been in office until now, we’ll see what it’s like this time.”

Denial of responsibility! TechiLive.in is an automatic aggregator around the global media. All the content are available free on Internet. We have just arranged it in one platform for educational purpose only. In each content, the hyperlink to the primary source is specified. All trademarks belong to their rightful owners, all materials to their authors. If you are the owner of the content and do not want us to publish your materials on our website, please contact us by email – [email protected]. The content will be deleted within 24 hours.
AfricaAlpha Condéattemptscoup d'étatfocusedGuinea ConakryGuineansHealth news
Share

If I were FM: Alok Jain highlights 5 steps to improve…

Sadhu, Chopra star as India bundle out England for 68 in…

Strikes will disrupt public transport in France on Tuesday,…