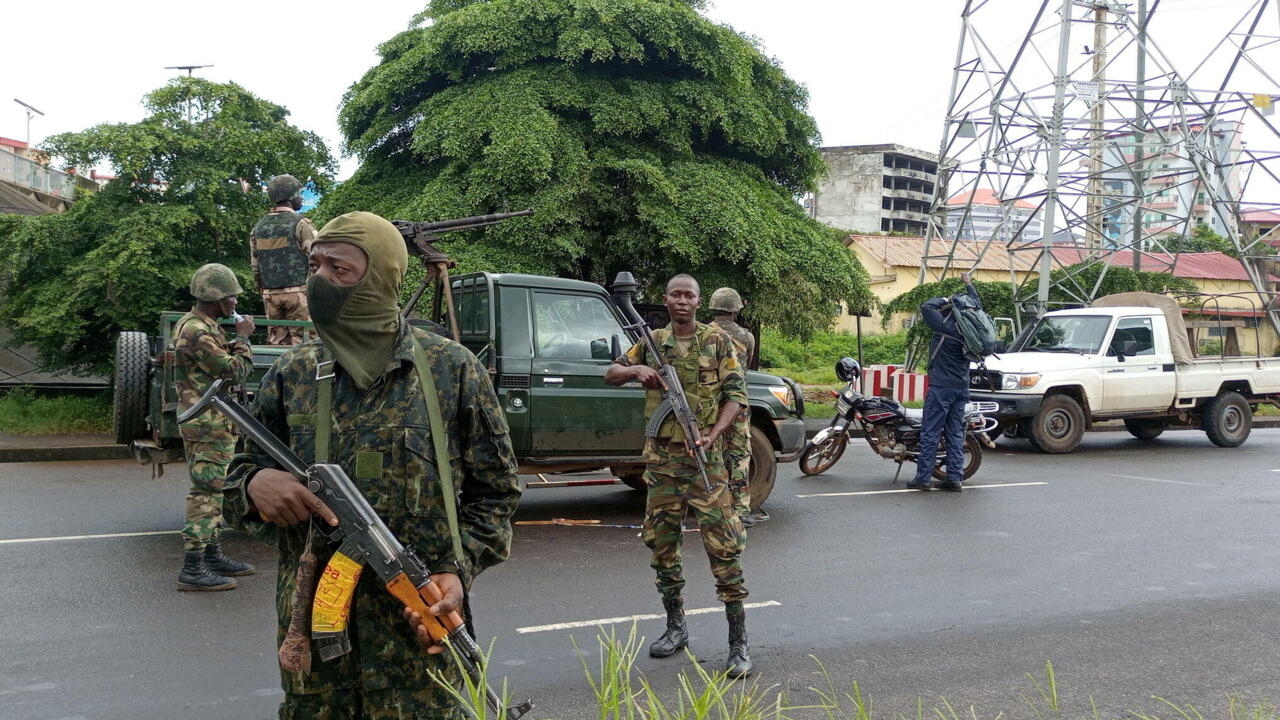 The colonel behind a putsch in Guinea promised investors on Monday that business deals would not be affected by the country’s latest coup and vowed to form a “government of national union” to oversee a political transition.

In a speech the day after his men arrested the 83-year-old president, opening a new chapter in Guinea’s long history of turmoil, Colonel Mamady Doumbouya also declared there would be no “witch hunt” against members of the former government.

Doumbouya, with an eye to the mining industry that is the backbone of the economy, said “activities in the country are continuing as normal.”

Guinea will “uphold all its undertakings (and) mining agreements,” he promised, stressing “its commitment to give favourable treatment to foreign investment in the country.”

Doumbouya was wearing a military uniform as he addressed former ministers and institutional leaders who had been summoned to hear him speak.

He also said “a consultation” would be launched that would “set down the broad parameters” of political transition.

“A government of national union will be established to steer the transition,” he said, but gave no details about how long the consultation or the handover would last.

Within hours, the military declared they were scrapping the contested constitution, imposed a curfew, dissolved the government and replaced top governors and other senior administrators with the military.

Public discontent had been brewing for months over a flatlining Covid-hit economy and the leadership of Conde, who became Guinea’s first democratically elected president in 2010.

Five years later, he was re-elected — but in 2020 he sparked fury after ramming through changes to the constitution enabling him to serve a two-term limit.

Doumbouya appeared on public television on Sunday draped in the national flag, accusing the government of “endemic corruption” and the “trampling of citizens’ rights”.

An umbrella group called the FNDC, which led protests against Conde’s constitutional changes, said imprisoned members would be freed on Monday.

A video sent to AFP by the putschists on Sunday showed Conde sitting on a sofa surrounded by troops.

Wearing a rumpled shirt and jeans, he refused to answer a question from a soldier about whether he had been mistreated.

Guinea’s 13 million people are among the poorest in the world even though their country is a treasure trove of minerals from bauxite and iron ore to gold and diamonds.

It has rarely known stability since declaring independence from France in 1958, and bloody repression is entrenched.

Conde was accused of following that same path towards authoritarianism in the final years of his rule.

Dozens of people were killed during demonstrations against his bid for a third term and hundreds more were arrested.

He was proclaimed president last year after elections that his main challenger Cellou Dalein Diallo and other opposition figures denounced as a sham.

The latest turbulence erupted on Sunday morning, when gunfire broke out in the centre of Conakry. For several hours, the situation was unclear, as the government said an attack on the presidential palace had been “repulsed”.

There has been no official account of any casualties and there was no report of any major incident during the night.

The end of Conde’s regime triggered jubilation in some parts of Conakry, especially in pro-opposition districts.

The junta on Sunday said that land and air borders had been closed, but on Monday it said air frontiers had been reopened.

Conakry, usually a bustling city, awoke in calm on Monday and many shops were closed.

The meeting at parliament took place under a huge awning pitched in the assembly grounds.

Hundreds of people clutched onto the railings, many of them shouting “freedom, freedom” and “long live the army”.

Outside Guinea, international leaders condemned the latest bout of turmoil in a region where many countries are struggling with poverty, inequality and jihadist bloodshed.

“Violence and any extra-constitutional measures will only erode Guinea’s prospects for peace, stability and prosperity,” US State Department spokesperson Ned Price said, urging all parties to abide by the rule of law.

The African Union and the United Nations both called for Conde’s release.

The EU and France, the former colonial power, have both condemned the coup — the latest in a region that has seen recent military takeovers in Mali and Chad.

Denial of responsibility! TechiLive.in is an automatic aggregator around the global media. All the content are available free on Internet. We have just arranged it in one platform for educational purpose only. In each content, the hyperlink to the primary source is specified. All trademarks belong to their rightful owners, all materials to their authors. If you are the owner of the content and do not want us to publish your materials on our website, please contact us by email – [email protected]. The content will be deleted within 24 hours.
AfricaAlpha CondéBusinessCoupcoup d'étatdealsformGovernment
Share

Aditya Seal: Industry is nicer to me now, I don’t have to keep saying what work I have done

Adani confident of FPO sailing through; SEBI, other…

Djokovic ‘hurt’ by father’s absence from…