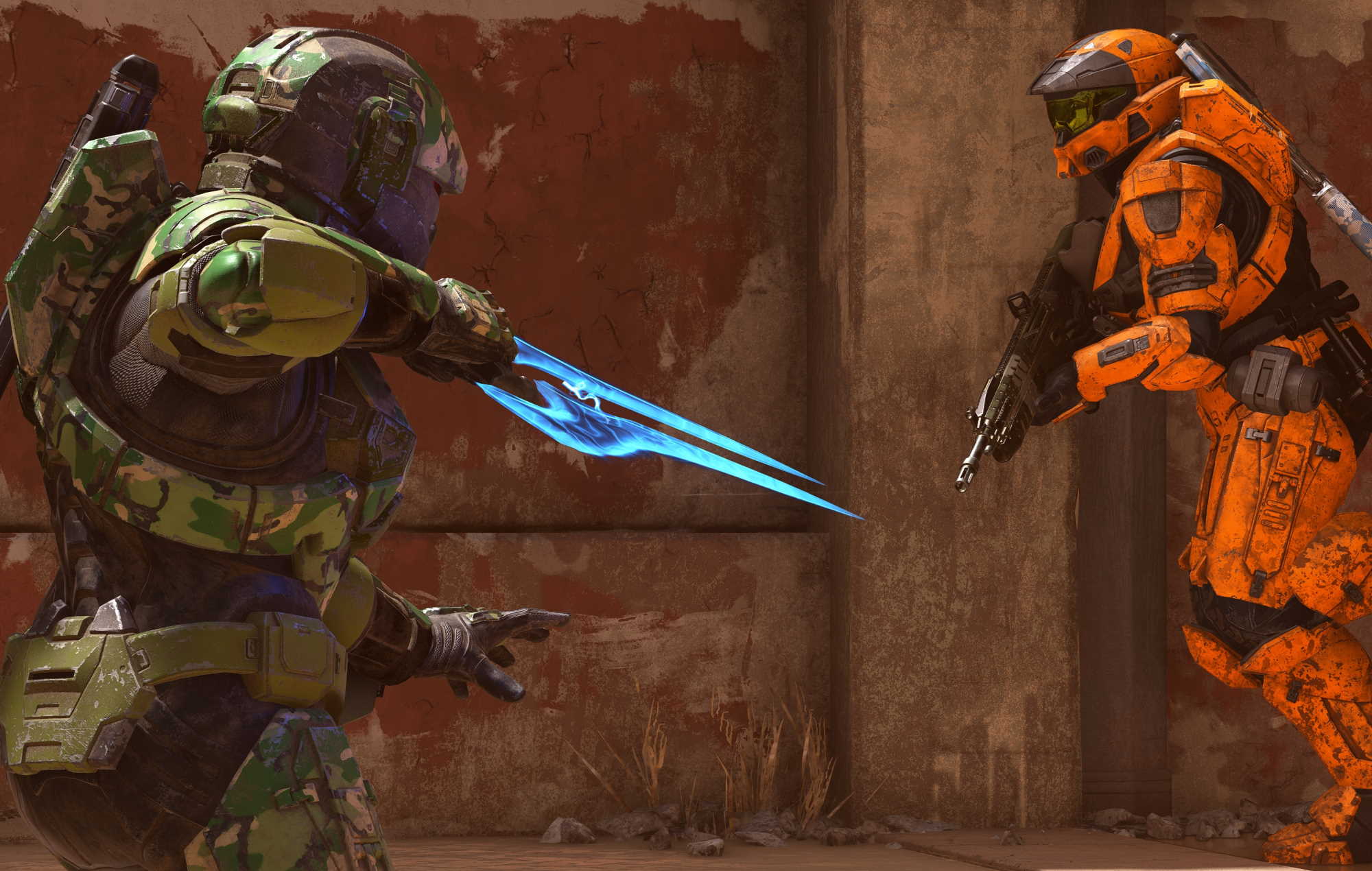 ‘Halo Infinite’ melee attacks have been improved with Season 2

343 Industries has changed how low-health melee attacks work in Halo Infinite with the launch of Season 2 this week.

The unexpected changes can be found deep within the Season 2 patch notes (updated on May 4) and reveal a peculiar system for melee combat that had been in the game since launch last November.

“There was a system in place with melee clangs that would award a victory to the player with higher HP if they were both below a specific threshold,” explained 343 Industries.

“This system caused a lot of confusion and frustration when players felt there should have been a traded melee kill. We have removed these rules and now apply the damage to both players and don’t allow one of them to survive.”

Going forward, there will be a number of changes to the way melee works which will ultimately mean “traded” melee kills will occur more often than seen in Season 1. There has also been improvements made to the “snapping” effect when targeting a player for a melee – which launches the attacker towards the defending player.

“When players melee, there is a brief ‘rebound’ window where they go airborne and bounce backwards, however players also have air control during this window,” said 343 Industries.

“Since you generally hold forward while melee’ing, you end up moving forward during this window, and then combine that with two players both holding forward and you get overlapping positions causing a ‘phase’ through to occur. To help reduce these occurrences, we’re ignoring player input in the counter direction of the rebound.”

While all melee damage has been reduced by 10 per cent in multiplayer and campaign mode – making the Mangler a two-hit-melee-kill rather than one – this change is reversed with the Battle Rifle which, in Ranked multiplayer only, has increased melee damage to preserve its two-melee-hit-to-kill status.

Other unexpected changes include a nerf to sliding. Previously players were able to “ramp boost” by jumping from a height (the higher, the better) and then going into a slide; the subsequent effect allowed players to move quickly across the map in unintended ways. These super slides are essentially gone with Season 2, with the player’s slide speed now being proportionally reduced based on the height fallen from.

In other gaming news, the Neill Blomkamp-backed battle royale Off The Grid has seen the release of its first trailer.

Denial of responsibility! TechiLive.in is an automatic aggregator around the global media. All the content are available free on Internet. We have just arranged it in one platform for educational purpose only. In each content, the hyperlink to the primary source is specified. All trademarks belong to their rightful owners, all materials to their authors. If you are the owner of the content and do not want us to publish your materials on our website, please contact us by email – [email protected]. The content will be deleted within 24 hours.
agmeupdateattacksGames newsgamingGaming updateHaloimprovedInfinite
Share

LIC IPO fully subscribed on day 2; offer closes on May 9